The demand for infrastructure has recently gained prominence in the global political sphere.

The article was originally published on Urbanet.info

In June of 2021, the G7 announced the “Build Back Better World (B3W) Partnership” initiative, an ambitious agenda to urgently narrow the infrastructure investment gap in developing countries. And on January 1, 2022, the G7 Presidency laid out the priorities of the German G7 agenda, Progress toward an equitable world. Among its five areas of action is the goal, Investment in a better future, promoting socially, economically and ecologically sustainable infrastructure, and expanding partnerships on climate, energy and development.

The G7 Presidency Programme also calls for achieving “tangible improvements for the people – within G7 countries and beyond, especially in newly industrialising and developing countries.” As the plan seeks to harness the transformative power of cities, the sustainability aspect for infrastructure investments should not be limited to economic and climate considerations alone but should include social considerations to ensure that it is pro-poor and gender-inclusive from its conception phase.

Recent infrastructure initiatives calling for ‘quality infrastructure’ have the potential to greatly improve people’s access to basic services, transport, internet, economic opportunities, and safe public spaces, creating more inclusive cities for everyone. But to do this, they must avoid the shortcomings of the past, where infrastructure planning has seldom featured women’s priorities. This has resulted in an infrastructure that reinforces gender inequalities and fails to improve the lives and opportunities of marginalised people, particularly women and girls. Since infrastructure systems are built to last for decades, their design and development must be driven by a human-centred approach that translates to gender-responsive projects.

After COVID-19: Can We Build a Better Normal?

There has also been much discussion recently around COVID-19 recovery plans, building back better, and how to return to ‘normal.’ But is normal even something we really want to return to? In Hawaii (USA), Tunisia, and Liberia, women have already found better ways to answer this question. Hawaii’s feminist COVID-19 recovery plan, “Building Bridges, Not Walking on Backs” takes as its starting point the fact that going ‘back to normal’ will not work for women and girls, and that to overcome the status quo’s inherent inequality, we need a deep structural transition. Here, women are key: building inclusive cities means adopting a gender-sensitive approach that includes women’s voices and needs when planning, building, and rebuilding urban infrastructure across the world.

For infrastructure initiatives such as the B3W Partnership to be truly forward-looking and succeed in bringing about better lives for everyone, they must first recognise that women use and experience cities in different ways from men. Women bear the brunt of poor service delivery. For example, they may have to collect untreated water for drinking or use coal or wood stoves for cooking, both of which can negatively impact everyone’s health. A gender-sensitive approach to infrastructure development can promote equal access to urban services and opportunities and improve the socio-economic outlook of women, girls, and marginalised groups, which will ultimately improve the well-being of everyone in the city.

Other examples include better cycling and walking infrastructure and a more accessible public transport system, which will not only enable women to move around the city more safely and quickly but will build a more accessible and low-carbon city. Vibrant, well-lit, and safe public spaces enhance women’s social, economic, and political participation, while at the same time providing opportunities for other underrepresented groups, such as children and the elderly.

Adopting a gender-sensitive approach means engaging women in infrastructure development, irrespective of their race, address, age, ethnicity, religion, or socio-economic status — from the identification of priorities to their design and implementation. This engagement should ensure that women are able to participate, for example, by holding workshops at times and in places that suit women and by using innovative technologies that are accessible to women, even under COVID-19 restrictions.

A gender-sensitive participatory decision-making process has been followed in the Femmedina project in Tunisia, supported by Cities Alliance, which aims to improve women’s safety and provide better public spaces. Women and local experts in Tunis identified small-scale interventions, like public toilets, recreational gardens, and market spaces, that would improve public spaces and make them safe and accessible for everybody. The municipality is now implementing these interventions to activate public spaces and make them more inclusive of women’s needs. 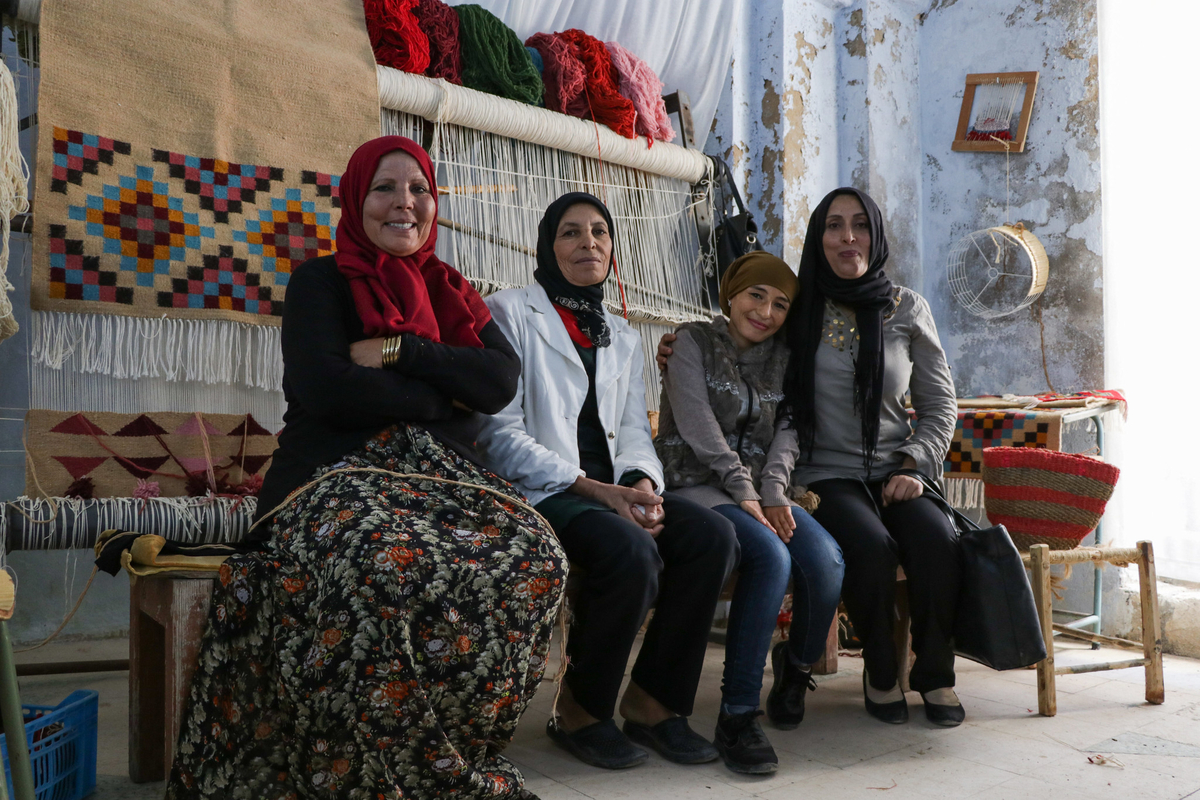 A gender-sensitive approach also means supporting women-led projects focusing on climate adaptation infrastructures and gender-sensitive slum upgrading. These include water and sanitation (WASH) facilities, green spaces, public spaces, and urban agriculture. In Liberia’s cities of Monrovia and Paynesville, for example, women from informal settlements identified poor access to water as a huge burden and one that was restricting their opportunities.

Cities Alliance has built WASH facilities in locations identified by these women. These will reduce women’s burden of water collection, giving them more time for more productive economic and social activities to improve their lives and enhance their prospects. At the same time, they will also improve everyone’s health. 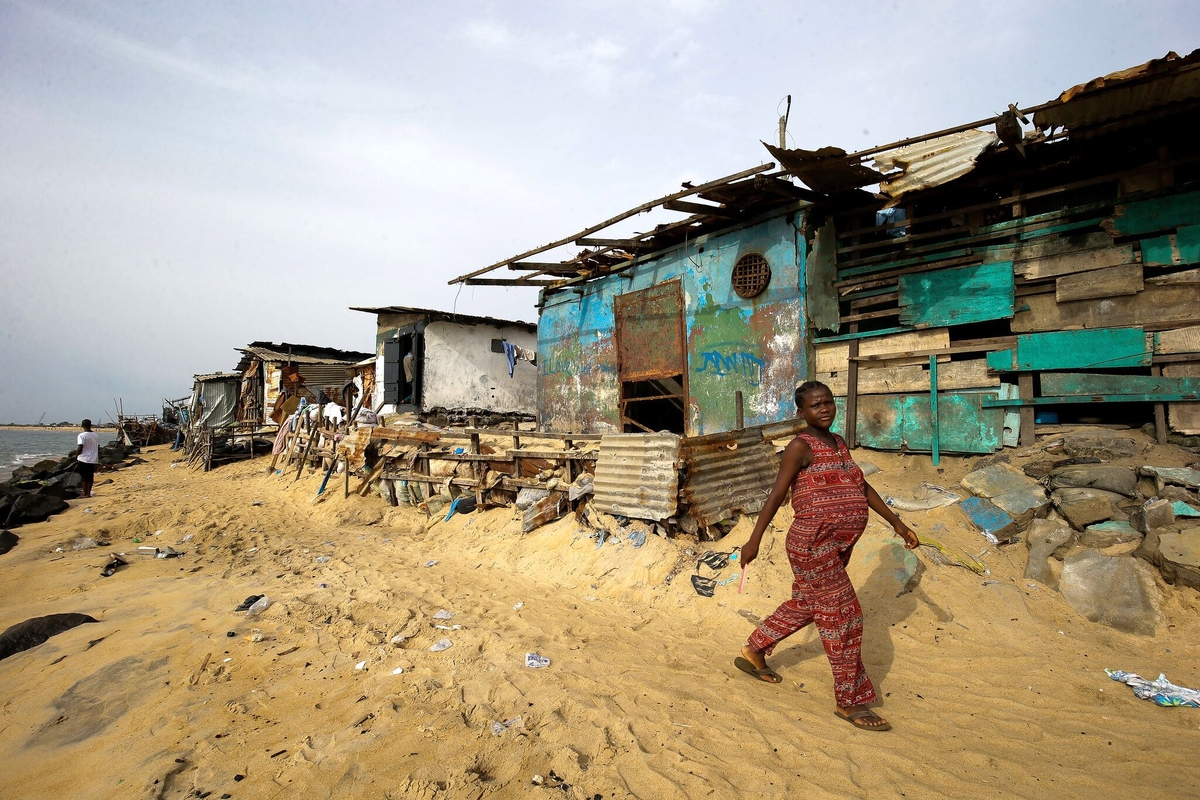 To monitor the gendered impact of infrastructure projects and to measure the extent to which new policies and legal frameworks are achieving their objectives or need to be revised, it’s important that projects gather gender-disaggregated data and use gender-sensitive indicators. We also need to ensure that governments develop and use gender-responsive budgeting when assessing how spending impacts women and men and whether this will promote inclusion and equality.

Infrastructure that works for women will work for everyone and will promote inclusive cities that work for all who live in them.

Poorly planned infrastructure can divide communities, cutting off access to vital services and causing isolation that hugely impacts people’s social and economic prospects, particularly those of women. On the other hand, infrastructure that is well planned and inclusive can facilitate better access to urban services and amenities, connecting people, giving them opportunities they haven’t had before, and greatly improving their health, economic prospects, and overall well-being. Infrastructure that works for women will work for everyone and will promote inclusive cities that work for all who live in them.

That is how we can build better cities. It is vital that women are included in all aspects of infrastructure projects, from early identification of priorities to their implementation and management, in order to create infrastructure that will really improve the lives of all who live in cities and to avoid negative environmental and social impacts.

Disclaimer: The opinions expressed herein are solely those of the author and do not necessarily reflect the official views of Cities Alliance, its members, or those of UNOPS.

Forum on Migration and Sustainable Urbanization