Climate change is increasingly affecting cities in a variety of ways: among the impacts are an increase in the frequency and intensity of extreme weather events such as heatwaves or heavy rains, causing landslides and flooding. These impacts are a reality acknowledged by major global agreements. Still, a breakthrough in efforts to effectively mitigate the predicted increase in temperature is lacking.

Meanwhile, people in rapidly urbanising countries are beginning to bear the burden of global warming, especially the poorest, who are the least responsible for these effects. This comes in addition to existing social inequalities that are increasing the exposure to and vulnerability of the poorest communities to the effects of climate change, while also being aggravated by them. 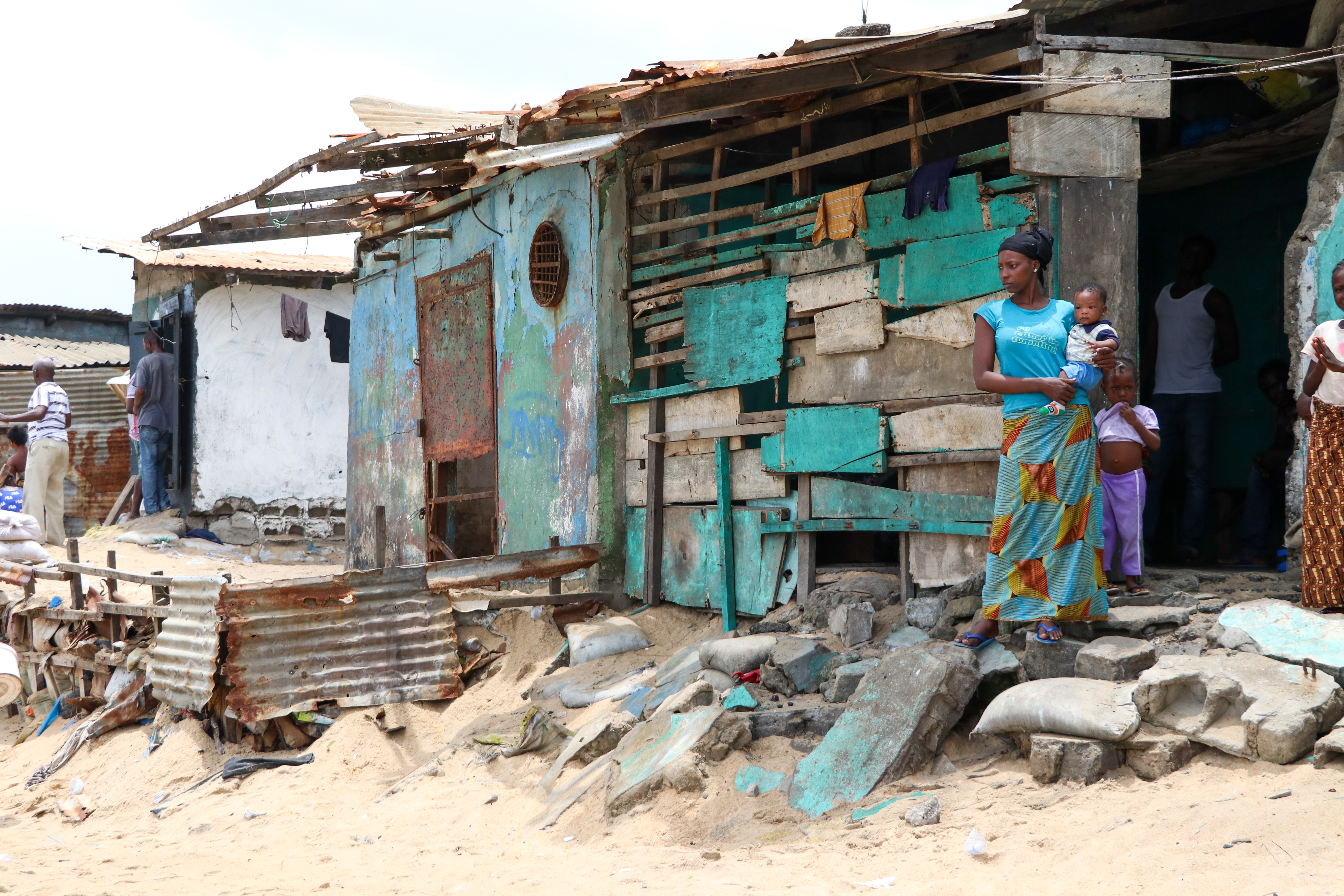 Enhancing Climate Adaptation: The Case for the Greater Horn of Africa (GHA) and the Bay of Bengal (BoB)

The Greater Horn of Africa (GHA) and the Bay of Bengal (BoB) are considered two of the world’s most vulnerable regions to these impacts. In the GHA, droughts and torrential rainfall with heavy runoff and flooding have already become more frequent and scientific predictions suggest that the region will be hotter and drier with increased extreme events. Similarly, the littoral countries of Bangladesh and Myanmar will be highly affected by anticipated climate-induced events, such as more frequent and severe tropical storms and cyclones, heavy rains, coastal erosion, and sea-level rise.

Such disruptive events have deep impacts on societies and economies, exacerbating the vulnerability of low-income households and, in particular, of those living in informal settlements and/or working in the informal economy. Being characterized by inadequate housing conditions and access to basic public services, and most often located in hazardous urban environments, informal settlements are highly susceptible to climate change risks. At the same time the informal economy, which plays a substantial role within socio-economic systems by providing employment, goods and services for communities, is most often unable to absorb climate-related shocks.

Facing high levels of socio-economic vulnerability due to fast-growing populations and high levels of informality, both GHA and BoB have limited capacity to prevent or reduce climate change effects. There is an urgent need to respond to these threats by reducing the vulnerability and risk exposure of residents – which makes the case for improved resilience and climate adaptation  at the local level. 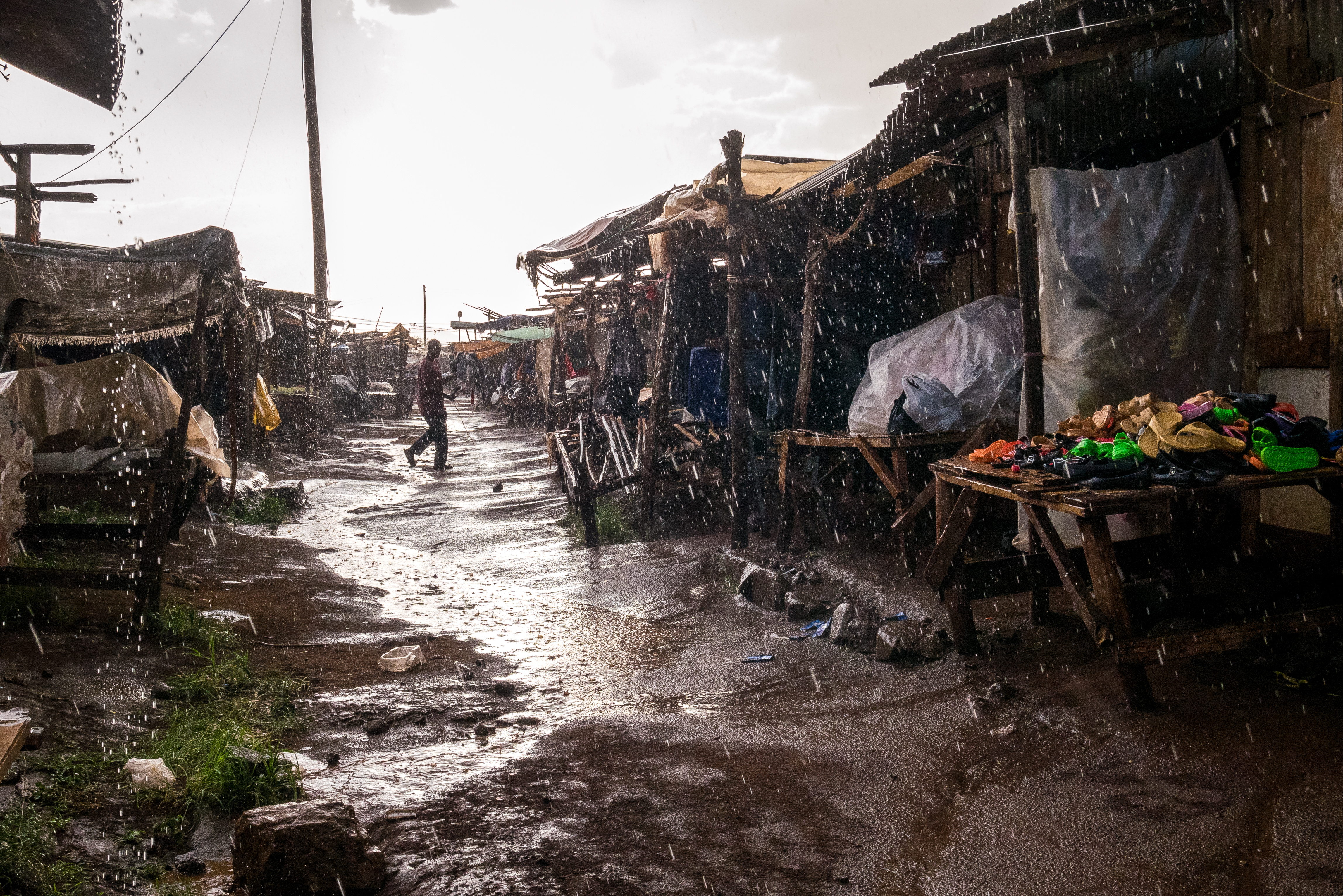 Climate adaptation actions take many forms, such as the creation of climate-resilient livelihoods, climate disaster risk reduction, enhancement of adaptive capacity, and addressing poverty, vulnerability, and their structural causes. For example, the establishment of early warning systems could enhance the adaptive capacity of urban populations, while flood-proofing and protection could save life and property.

Adapting to climate change will require innovation, creativity, experimentation and, above all, partnerships.

Responding to climate change at the local level will require both local authorities and communities to work together. Harnessing knowledge and diversity from within local communities and matching with the legal mandates of local governments enables the creation of interventions more aligned with experienced realities and the identification of new approaches.

The urban poor, being in the frontline of impacts and disproportionally affected by climate change, need to be enabled to implement actions to cope with these impacts, while taking advantage of the benefits and opportunities brought by such interventions. With a focus on communities in informal settlements, this initiative aims to bridge this gap by supporting the urban poor to prepare for climate change impacts, while creating opportunities to improve their living conditions and fully enjoy the right to the city.

The Cities Alliance is pleased to announce the five recipients of its "Stronger Partnerships: Local Innovations for New Climate Realities in Cities" Innovation Call for Proposals.

This Call is funded by the Swedish International Development Cooperation Agency, Sida, and implemented within the frame of Cities Alliance Climate Change, Resilience and Informality in Cities project, supported by the German Federal Ministry for Economic Cooperation and Development (BMZ) and the Swiss State Secretariat for Economic Affairs (SECO). 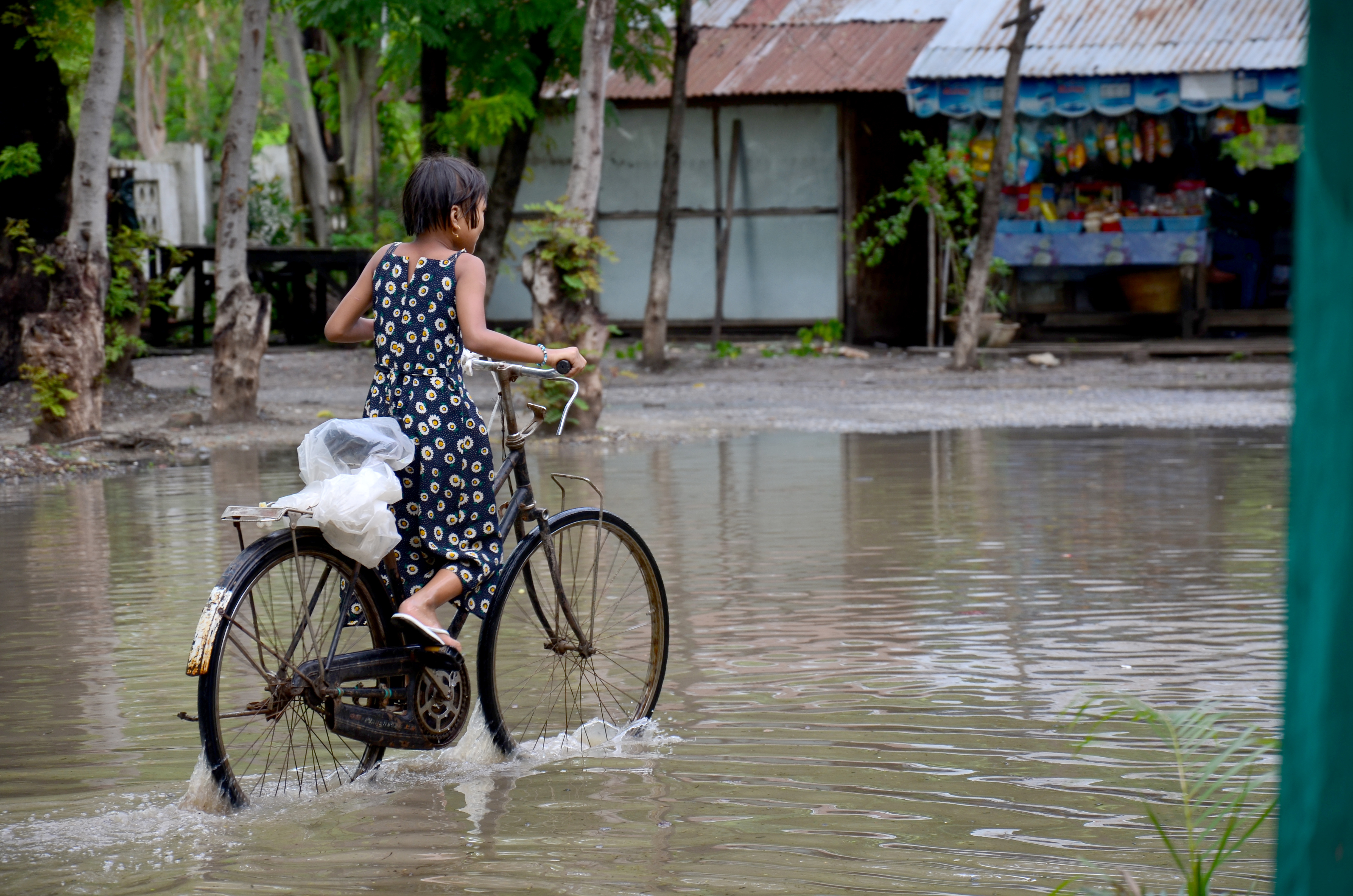 Latest updates on the projects

Through this project, Women for the World (WfW) seeks to mitigate heat damage in urban poor neighbourhoods, increase climate change awareness, and mainstream community-led processes in Yangon, Myanmar. The project adds to existing community-driven housing efforts already underway in Yangon by WfW in collaboration with the Yangon Region Government.

While Cities Alliance received many proposals on the topic of cooling strategies, the WfW Community-led Heat Mitigation project stood out because it fits within a larger initiative (community-driven housing efforts) and includes both community and government engagement. In addition, its partnership between organisations and government reduces gaps between top-down approaches and the realities of on-the-ground implementation.

One component of the project draws on innovative and engaging citizen science activities, such as conducting neighbourhood heat assessments with an inexpensive thermal monitor to collect temperatures on street level. Using both tangible evidence and experienced/perceived data, this step can help inform scientific arguments surrounding issues related to heat mitigation.

A significant output of the WfW project will be the implementation of four pilot programs. These programs will be developed by the community with the support of architects and climate experts, together sharing ideas for sustainable and affordable measures to mitigate heat. These programs may include planting shade trees, creating community gardens, securing water, constructing passive building designs, and replacing rooftop materials. Along with relevant literature, WfW will create video clips for the project demonstrating qualitative changes and results over the course of its implementation.

A creative and intriguing proposal by Hope Raisers Youth Group seeks to aid Korogocho, one of Nairobi’s largest slum neighbourhoods, adapt to the impacts of climate change. Korogocho is home to 150,000 to 200,000 people living shoulder-to-shoulder in conditions that leave them particularly vulnerable to economic and other shocks.

Future Yetu (Our Future) will employ digital storytelling as a way to spark dialogue between residents and policymakers on climate adaptation interventions, engage the greater Korogocho community and local government in innovating and sharing smart solutions, and enable collaboration on climate adaptation ideas that could form the basis of future policy, especially regarding how the Korogocho community can create climate change-resilient livelihoods.

The Future Yetu (Our Future) project has many strengths, including a diverse partnership and scalable methodology. Its outputs will include an online portal featuring collected digital stories created by both community members and stakeholders, storytelling workshops, and a Community Climate Adaptation Manifesto that will inform a Climate Action Plan.

The project will also feature a mobile exhibition that will travel to different locations in Korogocho to screen and showcase the digital stories, and help to inspire public discussion and awareness among residents.

Finally, the ambitious project aims to produce three ideas on climate adaptation intervention/policy/social change in informal settlements in Nairobi and to introduce three prototypes of small-scale climate adaptation designs or smart solutions that can be tested in the public space or in people’s homes in Korogocho.

Early warning systems are an increasingly important tool for helping vulnerable communities worldwide prepare for, monitor, and respond rapidly to climate-related natural disasters and risks such as flooding and famines. With this proposal, Action for Women and Children Concern (AWCC) aims to increase resilience to climate-induced shocks for 55,000 vulnerable people in the Marka district of the Lower Shabelle region of Somalia.

The project will implement SMS technology, in partnership with mobile phone service providers and local government, to build capacity in community based disaster risk management (CBDRM). The extensive activities and outputs of this project include conducting surveys in both urban and peri-urban areas, promoting community awareness and sensitization through meetings with stakeholders and local government, creating two community disaster reduction and management committees of 30 people, and conducting training for 150 community members in CBDRM.

The AWCC project directly addresses the need for communications tools to alert communities during times of crisis and the capacity to disseminate critical information. In addition, the project aims to foster partnerships that will help contribute toward community preparedness, disaster risk reduction, and resilience.

Young people and digital technology often go hand in hand. Badabon Sangho, a women-led NPO working on development issues in the Southwest region of Bangladesh, seeks to leverage this natural affinity to aid in an ambitious project to improve climate resilience planning in vulnerable urban areas. The project will train youth volunteers in data collection and digital mapping, using apps on Android mobile devices along with Open Data Kit (ODK), to collect and upload data in the field.

The maps and databases will become part of a coordinated local effort to better inform residents of Patuakhali and Bagerhat about existing climate risks, as well as to share climate resilience plans developed to help them cope with these risks. In addition, the databases may also be used to help with land tenure issues for members of poorer communities.

The outcomes of the Babadon Sangho project will also include the development of the climate resilience plans for Patuakhali and Bagerhat, which will be created at the local level through committees and meetings. Educational billboards will also be design and installed in both municipalities, and an impact story involving the project beneficiaries will be produced.

Through this project, Badabon Sangho aims to improve communications within the communities of Patuakhali and Bagerhat, particularly among indigenous and women-headed families. Finally, the project is also expected to influence policy-makers in the process of annual budgeting and implementation of resilience measures.

When solid waste is dumped in drainage channels, the result can be blocked drains and dangerous flooding. This is a growing hazard in poorer communities, where residents who are already vulnerable to the risk of flooding due to climate change may also lack options for proper waste collection and disposal.

Tree Adoption Uganda aims to address this problem through a multi-faceted approach involving education, advocacy, and incentives. The project will seek to change community members’ perceptions about the importance of solid waste disposal, while also advocating for better water drainage systems to improve flood control. The project will facilitate these outcomes by installing and introducing the use of color-coded bins, which will also enable community members to generate income from their segregated waste.

The project’s strengths include its general feasibility, its community involvement, and its high potential to improve adaptive capacity to climate change, while also improving livelihoods, particularly of women.

Detailed requirements for the Call for Proposals 2020: