Deadly flash floods, record-shattering heatwaves, and raging wildfires continue to dominate headlines around the world as climate change intensifies. Yet changing people's perceptions about the growing climate crisis continues to be a global challenge, whether in small, traditional rural communities or in the midst of the world's largest economic and population centres.

In the flood-prone, Lower Shabelle region of Somalia, droughts followed by torrential rains and overflowing rivers destroy crops, homes and livelihoods, and displace thousands of people each year. The impacts of these disasters often fall hardest on families who are already suffering from persistent poverty and from the effects of protracted armed conflict. However, despite the increasing frequency of weather-related disasters, awareness about climate change is limited in Somalia, as is community-based preparation for future emergencies. 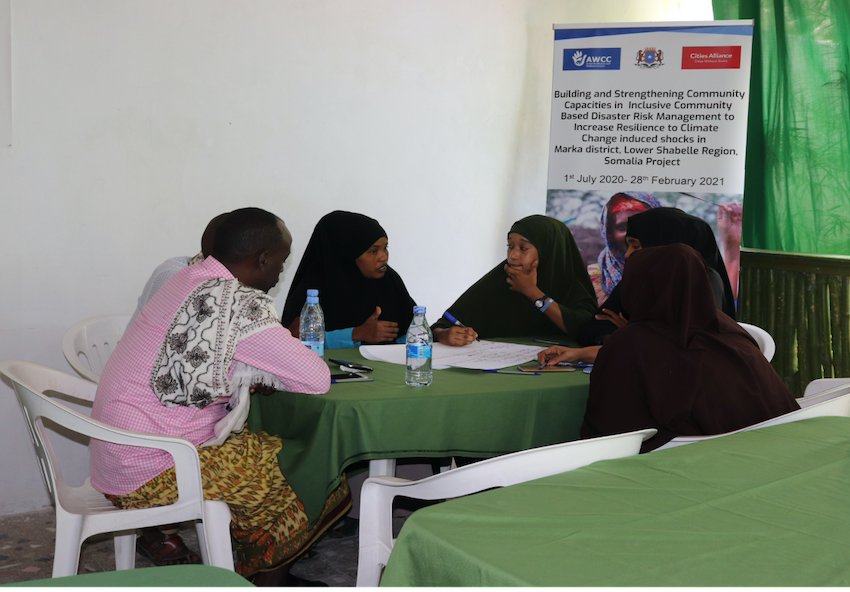 To help communities become more resilient to climate-related shocks, Action for Women and Children Concern (AWCC), a non-governmental Somali grassroots organisation, has implemented a project aimed at managing and reducing disaster risks in the Marka district of Lower Shabelle.

The project, Building and Strengthening Community through Inclusive Community-Based Disaster Risk Management, is supported by Cities Alliance in partnership with the Swedish Development Cooperation Agency (Sida) and the German Federal Ministry of Economic Cooperation and Development (BMZ).

As part of project planning and implementation, AWCC conducted both baseline and end-line surveys to assess community awareness and views on climate change, as well as to tailor project goals to community needs and evaluate the success of the project.

The survey data revealed an initial reluctance among some members of the community to accept that climate change is in fact occurring or that its effects can be mitigated. However, as the AWCC team noted, the project coincided with an especially tumultuous year of climatic shocks in Somalia. Therefore, this overlap made the project more relevant and increased community buy-in. By the end of the project, perceptions about climate change had begun to shift in the Marka district, especially with the introduction of the community-based disaster risk management component. 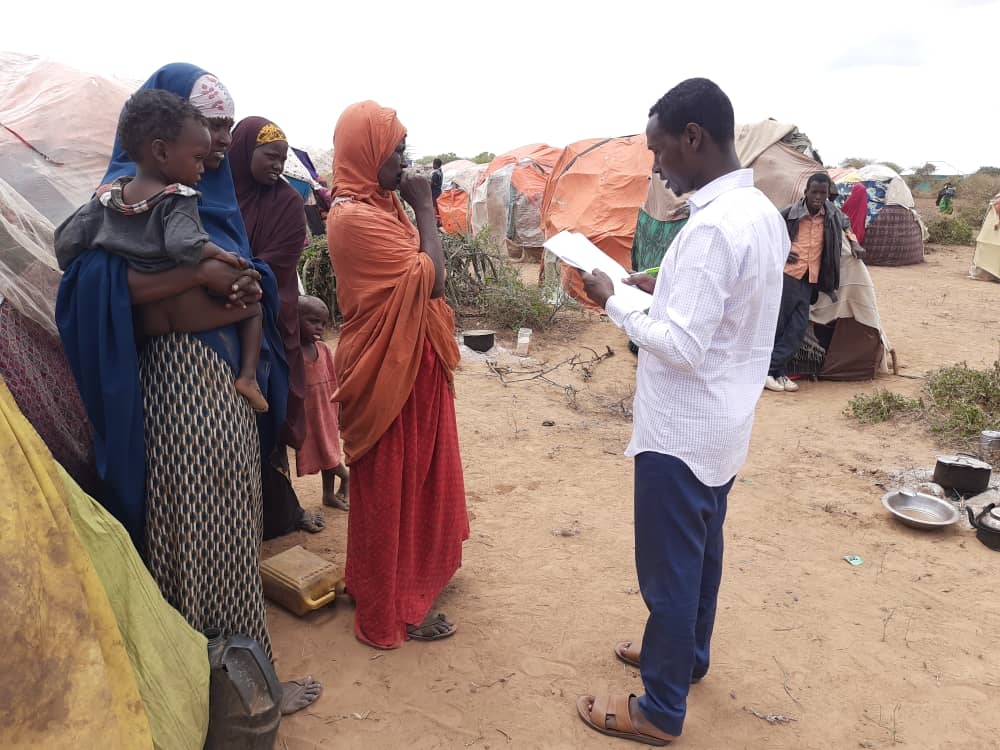 Emergency responses to past natural disasters have focused more on immediate needs, which, while crucial in the short term, can leave communities reliant on humanitarian assistance and more vulnerable to the next crisis.

The concept of inclusive community-based disaster risk management is essentially new in Somalia. The AWCC project helps communities to become more proactive and resilient in the face of future threats.

To implement the project, AWCC held a series of community sensitization, awareness training, and mobilization sessions in Marka on inclusive community-based disaster risk management. These sessions included groups of 50 and 150 community members, as well as local authorities, community elders, and staff members from network service providers. Participants in these sessions disseminated the information to the wider community, reaching an estimated 56,000 additional people.

A critical component of the project was the establishment of community-based disaster risk management committees. These committees have developed community action plans to prepare for disasters well before they strike.

Together with local authorities, stakeholders from local organisations, community leaders and civil society members, the AWCC project team also explored early warning and messaging systems. Two mobile service providers firms were engaged in the project, which, when implemented, will enable early action on unfolding crises such as seasonal flooding. Discussions are also underway to develop an alternative oral communications component, such as using local media (radio) to broadcast alerts in order to reach people who may not have access to phone messaging.

Given that the AWCC organisation advocates for women and children, it is not surprising that the project included a strong emphasis on equitable participation. Women were active participants in the Marka project, including in discussions and decision making, and were fully represented in mobilization and training sessions and on committees. The organization also emphasizes that membership in climate change resiliency efforts and planning should be democratized and open to everyone, with transparent eligibility and membership criteria in place, as this will increase community participation and a sense of ownership.