A Cities Alliance initiative in Liberia is improving the livelihoods of women and men, from informal communities, working in the fishing sector.

For the past month, hundreds of fishermen from slums around Monrovia and Paynesville have been returning to shore without having to worry about losing money if their catch goes unsold.

That’s because a climate adaptation project to support fishermen and fishmongers from the coastal urban communities of King Gray Town and West Point is beginning to generate positive economic and environmental impacts.

"The fishermen used to sell the fish so hastily even if the price was not fair. But with the access to the freezer when the fish is brought, we now have somewhere to store it", said Alphonso Dennis, Chief of King Grey Township, one of the two informal settlements that participate in the initiative.

The project has had a great impact on the community, especially on our fishermen and our fishmongers.

The project implemented by Cities Alliance with funding from the Swedish International Development Agency (Sida) and supported by the German Ministry for Economic Cooperation and Development, (BMZ), has provided local trade associations representing fishermen and fishmongers with freezers and ice makers powered by solar panels. These tools allow them to store the fish safely. Members of the fishermen’s unions wishing to store their fish in the freezers must contribute money for the equipment’s upkeep. 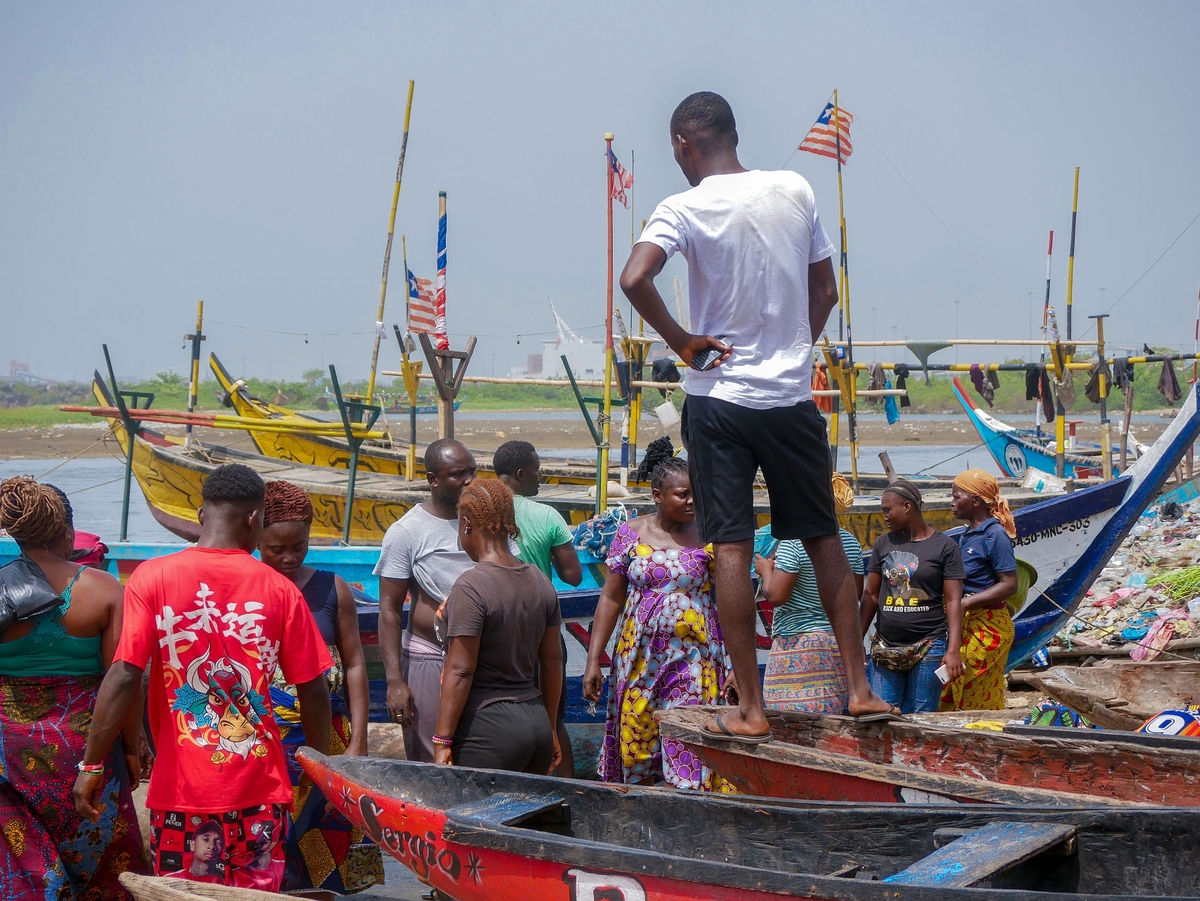 The project was built on established community engagement processes that Cities Alliance introduced years ago. Through the Community Upgrading Fund, the local community has a direct say in which services should be improved, and what infrastructure would help the community the most, which leads to more inclusive approaches with local ownership

The initiative is helping to redress local gender inequalities too, as the majority of fishmongers in the area are women. Through the project, they can improve and sustain their livelihoods.

Our fish used to spoil raplidly. Now if there's no buyer, we can put the fish into the freezer. We don't have to sell it cheap like before, because we can sell it tomorrow. My income has grown

All the materials needed for the project were procured through UNOPS and placed in buildings within the two informal communities. The solar panels installed on the roofs generate enough power to run the fridges overnight through batteries. This is important since the communities aren’t connected to local energy grids. To run and maintain the infrastructure, community members were trained through sessions jointly organised with GIZ engineers and technicians as part of a BMZ funded GIZ project to support access to modern energy.

Protecting the environment and people's health

In the past unsold fish would mainly be dried, often using wood from the local mangroves. Yet even this was not a winning solution because the wood for fires was itself expensive. Cutting trees from the nearby upstream mangrove had several unintended side effects. Deforestation was causing soil erosion and smoke inhalation from burning fires was affecting the health of people in the area.

“Solar was a perfect match for the fishermen because it led to a number of positive outcomes, including a variety of co-benefits. It is good for their livelihoods, good for their health, good for the environment, and it supports making the local economy more resilient and sustainable,” said Arne Georg Janssen, an Urban Environment Specialist at Cities Alliance.

The project launched in 2020 focused on climate resilience with the aim of helping at-risk coastal communities to identify vulnerabilities and craft community-driven responses that would improve their adaptive capacity. Proposals had to address the potential impacts of climate change on women, young people, and vulnerable and underrepresented groups in urban poor communities. Altogether Cities Alliance received applications for support from about thirty local organisations.

“This project has brought so many benefits to us,” said Bela Momu, secretary of the Fishmongers Union in West Point township. “Some of us were not working and the project has provided jobs like maintenance of the equipment. It will also save us from more stress because when the boats come at night with the fish we are not forced to dry it all like before. These freezers make our work easier.”