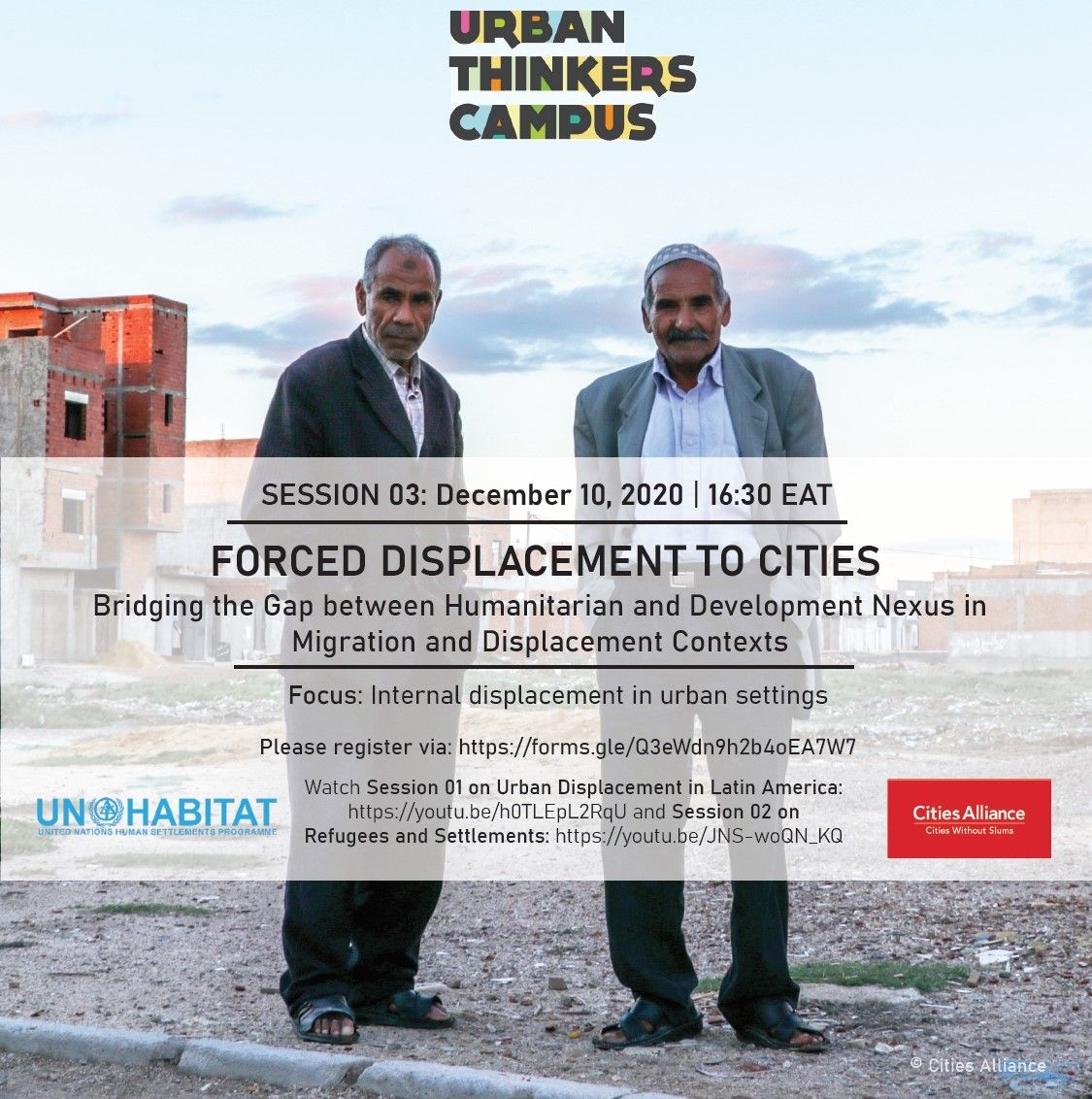 At least 100 million people were forced to flee their homes in the last 10 years, seeking refuge within or outside country borders. Out of that number, over 41 million people are estimated to be internally displaced, lacking adequate shelter and housing, having limited or no access to basic services and being in extremely vulnerable conditions also regarding food security, health and livelihood generation.

The rise in war, conflicts and terror, combined with climate-change-induced hazards and environmental degradation have led to an increase in internal displacement worldwide. Even though IDPs have moved within their country, they often struggle with social/economic exclusion and discrimination and cannot access their rights. It is therefore of critical importance to advocate and develop more effective, integrated and human-rights based approaches for supporting IDPs in towns and cities around the world.

In the search for proactive and sustainable solutions to urban displacement, this 3rd and last session of our series on Forced Migration in Cities presents case studies from Central America, Sudan, Burkina Faso, Bangladesh and Iraq. The focus is on bridging the gap between humanitarian and development efforts to reduce barriers to the social, economic and cultural inclusion of IDPs in cities.