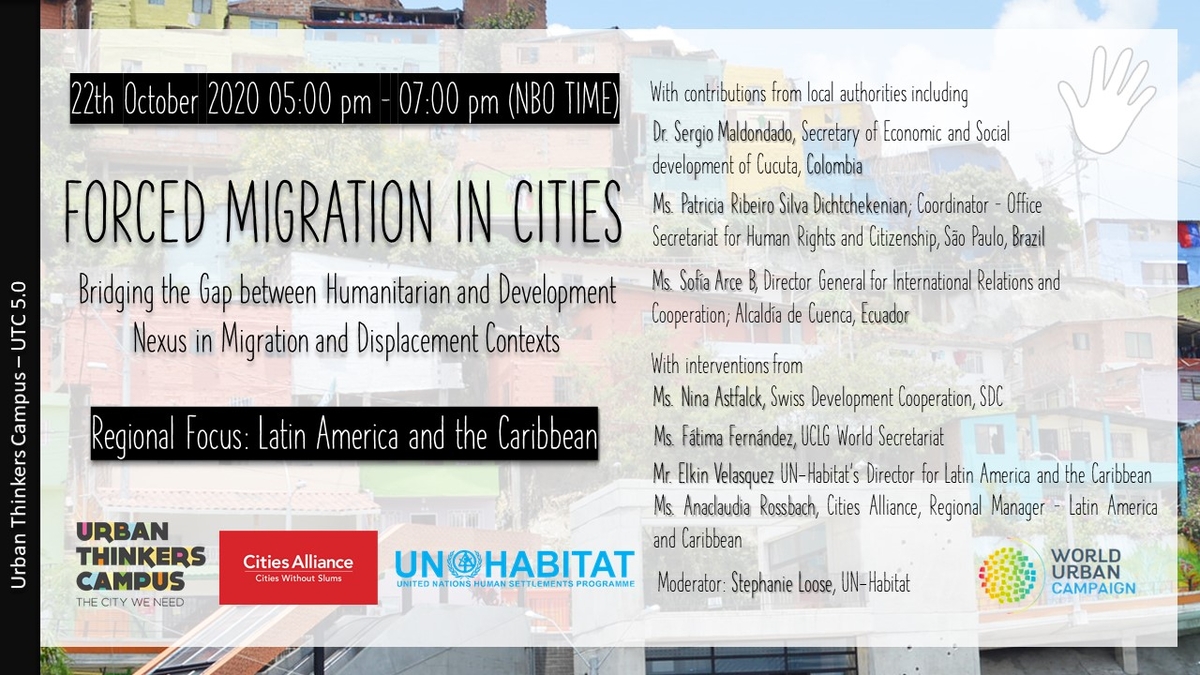 Over the last decade, the world has witnessed a rise in migration and displacement due to natural and human-made disasters and conflicts. 80% of internally displaced people and 60% of refugees seek safety and assistance in urban areas, resulting in a need for adequate urban responses globally – but cities also attract many migrants looking for livelihood opportunities and improved access to services.

Well-planned and well-managed urban population growth has a positive impact on cities and communities. However, hosting and supporting a large number of people in vulnerable situations often puts a heavy burden on local authorities, specifically, if resources and capacities are rare and policies and systems are not responsive to a rapid increase of population.

In many contexts, displaced people in urban environments struggle with inadequate living conditions and limited access to services and livelihood opportunities. There is therefore a strong need for increased social and economic inclusion of forcibly displaced people in urban systems, and advocate for key urban actors, such as local authorities and civil society, to play a major role in creating enabling environments.

Against this background, Cities Alliance and UN-Habitat organize a series of three events on forced urban migration, from different perspectives.

Session 1 (22 October 2020), is dedicated to showcasing the effects of forced migration in cities, sharing policies, strategies, approaches, and experiences through partnerships and dialogues supporting local authorities at global and regional levels. The session will introduce the overall thematic focus for the Urban Thinkers Campus and will seek to underline the fundamental role of local authorities in the implementation of the Global Compact for Migration, Global Compact on Refugees, contributing to the Agenda 2030 and the New Urban Agenda, and bridging the gap between humanitarian and development programming. The vent will have a regional focus on Latin America and the Caribbean.

The second and third sessions of the Urban Thinkers Campus will focus on refugee contexts in the Horn of Africa and the specific challenges for internally displaced people (IDPs). They will take place on 12 November and 10 December respectively. 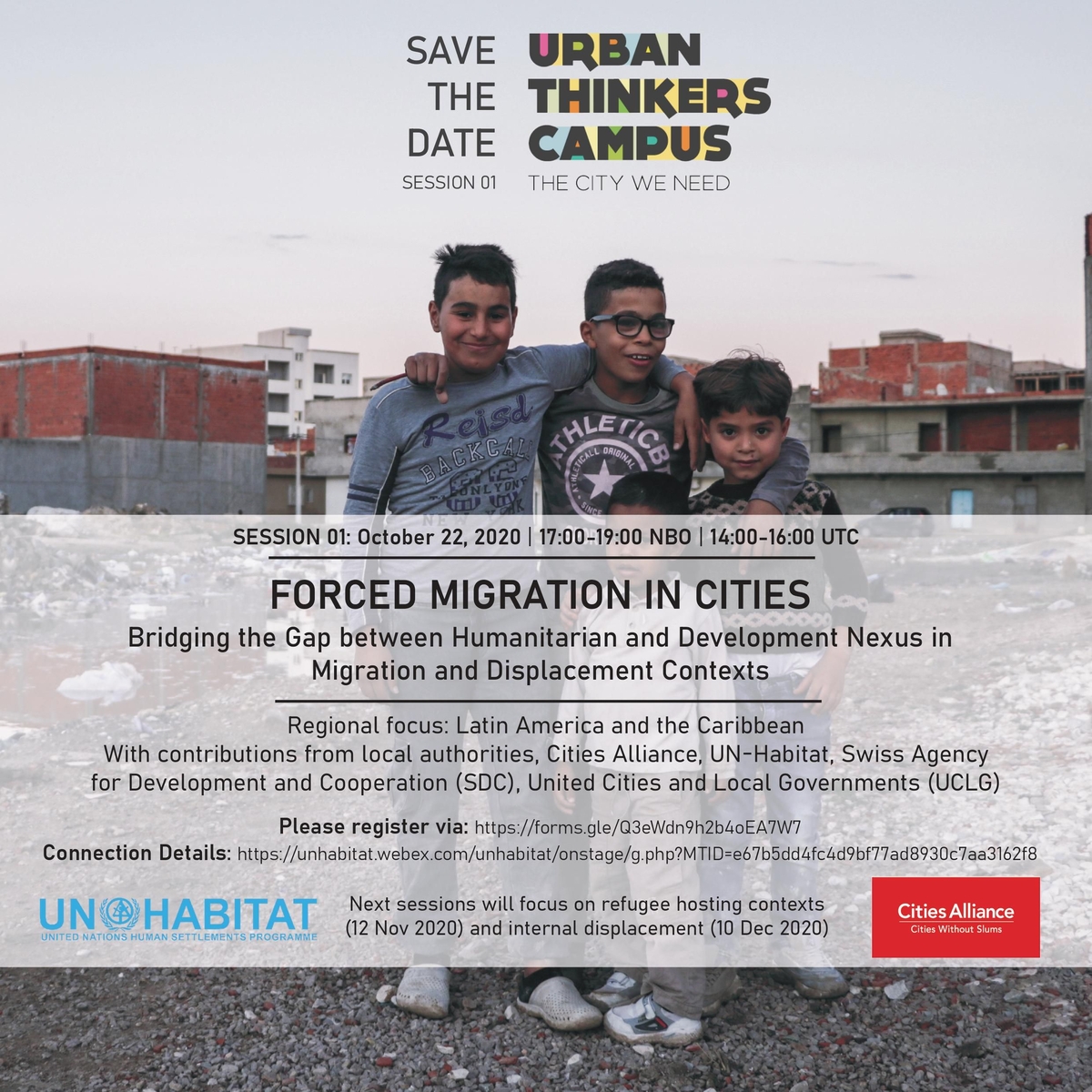