The publication highlights the disproportionate impact of the war on women and girls, especially those working in the informal sector, and advocates for increased inclusion of women in the reconstruction of Ukrainian cities.

Women and girls are hit hardest by the impacts of war. Existing inequalities are magnified and social networks break down, making them more vulnerable to sexual violence and exploitation.

Women’s participation and perspectives are vital to reconstruct Ukrainian cities.

The disruption of social services such as medical care and education has increased the care burden on women. They are also increasingly exposed to rising poverty, livelihood loss and security risks, while faced with the pressure of providing for their families.

At the same time, Ukrainian women are playing a key role in the resistance movement in Ukraine. Some are fighting on the front line. Others have mobilised across the country to ensure the safety of children and elderly people and support people with disabilities and the displaced.

Women are often excluded from formal negotiation and decision-making processes despite their contribution. Resulting in policies and practices that do not necessarily consider their priorities and needs. 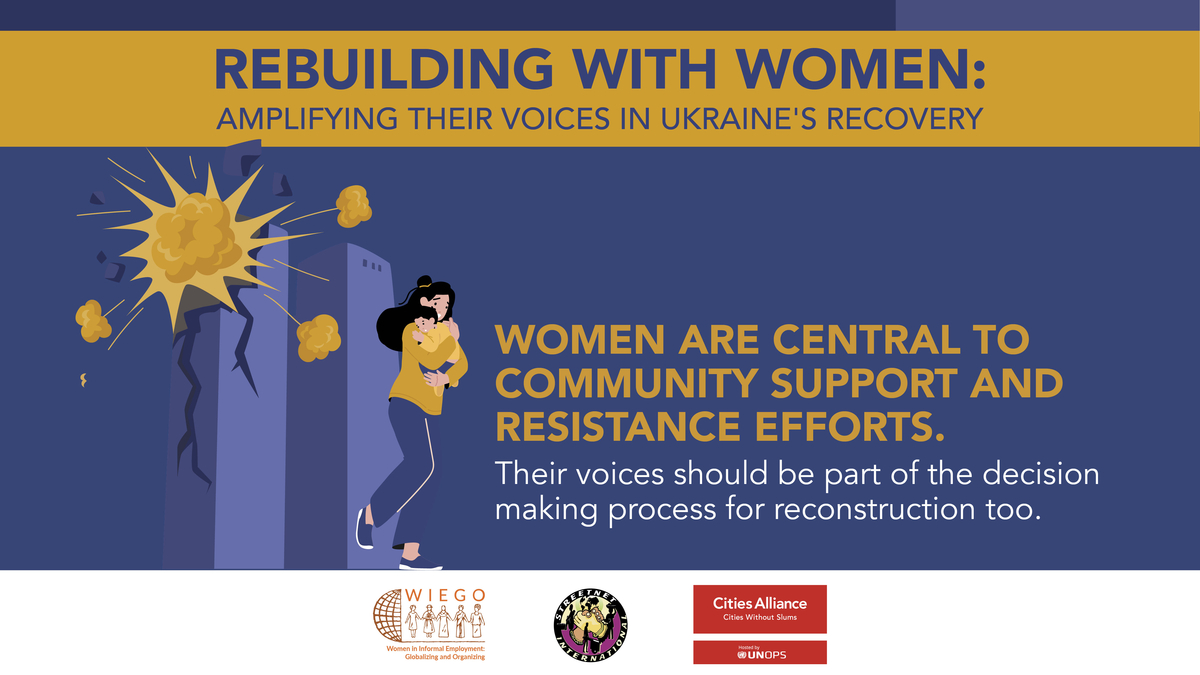 Between July and September 2022, 18 women were interviewed in Ukraine and other European countries. They shared their experiences and expectations for rebuilding a better future in their country.

The publication, funded by the Swedish International Development Cooperation Agency (Sida), shows how the war and the consequent disruption of services and livelihoods are putting an additional burden on women and girls. It also makes key recommendations for decision-makers to rebuild women-friendly cities in Ukraine.