Climate change is a major threat to the health, well-being and livelihoods of urban residents around the world. Globally, the more than 1 billion people living in informal settlements are particularly exposed due to insecure livelihoods, lack of basic services and social exclusion. Informal settlements are typically located on land highly exposed to hazards and lack the protective infrastructure to reduce risk. Meanwhile, the absolute number of people living in slums will continue to rise as African and Asian countries rapidly urbanize.

This underscores why informal settlements must be seen as a development and climate action priority. But despite the need for increased support, most city governments and local communities receive scarce resources for local adaptation action. Municipal governments can find it challenging to build collaborative and trusting partnerships with residents of informal settlements. But climate actions that align with local development needs and leverage local capacities yield better and more sustainable results.

In 2020, Cities Alliance funded five community-led adaptation projects that addressed challenges for urban development and climate-induced risks in informal settlements. The projects were led by NGOs with strong ties to local communities in Kenya, Uganda, Somalia, Bangladesh and Myanmar. An additional initiative was supported through our Community Upgrading Fund (CUF) in Liberia. Each of these countries is considered highly vulnerable to climate change. Residents are already experiencing extreme heat events, severe storms, drought and flooding – as well as the loss of economic opportunities. 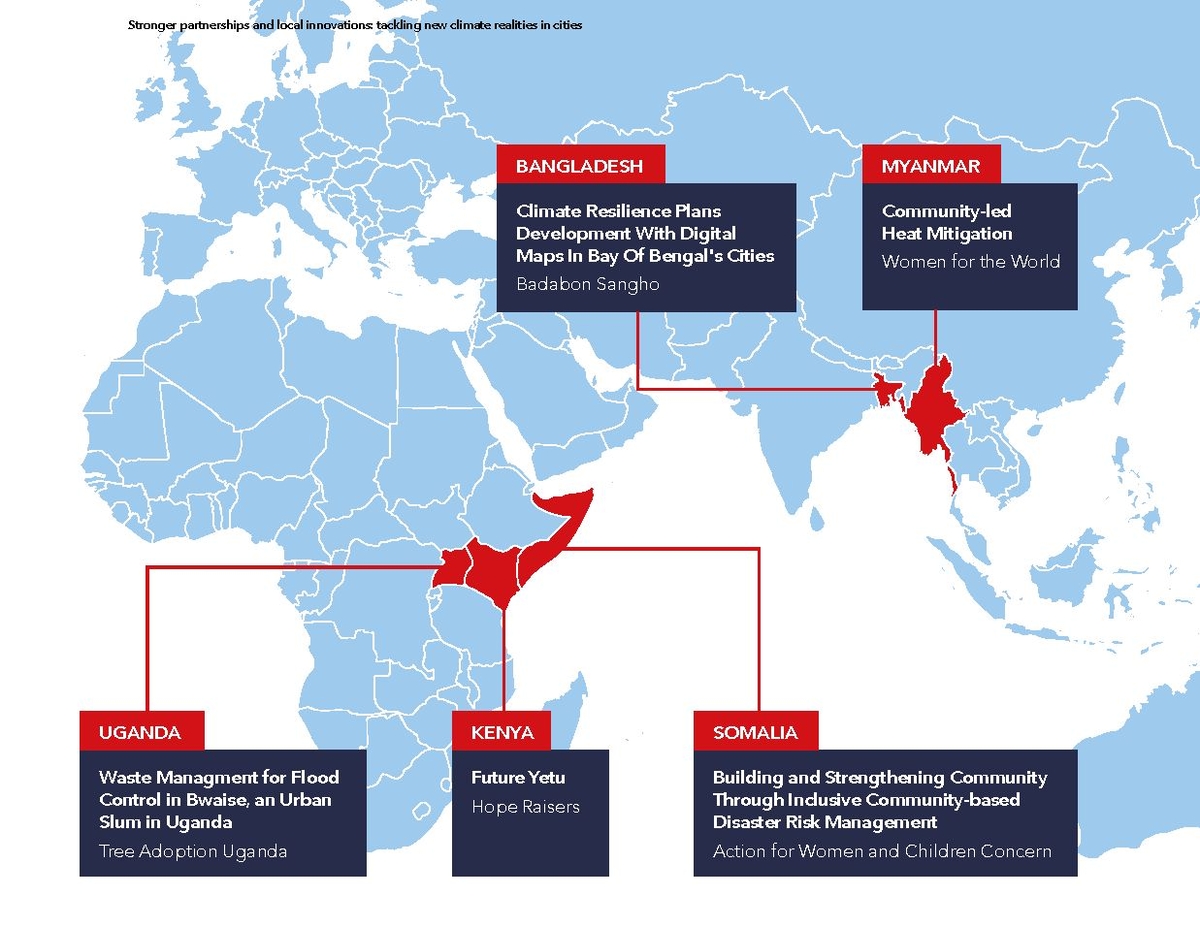 Based on the lessons learned, Cities Alliance produced a report that highlights what needs to be done to support local climate action in urban areas through citywide infrastructure, policy changes at the municipal and national levels, inclusive development and increased funding. Key lessons include:

The experience of Cities Alliance on community-led climate adaptation shows the importance of partnerships between local governments, community organisations and other stakeholders, including the private sector, for an effective climate response in cities.