We Want Our Cities to Go Back to Normal.

COVID-19 crisis is temporarily changing urban social relations. From public spaces to our perception of safety, from care responsibilities to the use of digital technology, the emergency highlights existing inequalities and offers the possibility of looking at our cities from a new and unexpected perspective. That of women.

As the COVID-19 pandemic proceeds, public life has had to shrink to limit contagion. In Dehli and Buenos Aires cafes and restaurants shut down. Mosques have closed in several countries; the souks of Tunis and Marrakesh are almost empty and theatres and museums in many cities have suspended their programs. As New York Times architecture critic Michael Kimmelman writes, “the coronavirus undermines our most basic ideas about community and, in particular, urban life.” Suddenly we feel out of place in our own cities, with a sense of vague fear and distrust of the other people we meet on the street. It seems that the limits imposed by the COVID-19 make us understand how a woman normally feels in a public space: alert, at the center of attention, and intimidated.

Studies across cultures show that the gendered use of public space is a global phenomenon; men are usually comfortable in public spaces, while women prefer moving in groups. Women tend to feel uneasy resting in public spaces, not just in fear of sexual attacks but also because of the notion that women’s movements in public areas should only be purposeful like for going to work, shopping, going to the doctor or accompany children to school, and not for recreation. Women also feel not comfortable in places dominated by men, spaces that are dark or deserted. Public spaces are still a long way from being thought of as gender-neutral areas.  As Leslie Kern writes in her book The Feminist City “the extent to which anyone can simply “be” in an urban space tells us a lot about who has the power, and who will always be considered out of place.” It reflects existing structures of discrimination in society and is, therefore, a good indicator of the remaining gaps between different groups.  In this way, limitations- self-imposed or otherwise- on women in public have far-reaching implications and connections to other forms of inequality.

As cities re-open following the lockdown, it is likely that behaviours and perceptions will be different from before – this is an unprecedented opportunity to change the way we use spaces. One of the most surprising results of the COVID-19 pandemic has been the tremendous growth of demand for public space. A few forward-looking cities have already started closing street space to cars to make it easier to walk, cycle, and move around at a safe distance from other people. Once the outbreak has relented, and as we look toward long-term community health and well-being, we must invest in welcoming, lively, meaningful public spaces for all. To achieve long-term transformation, it is important to integrate women’s and girls’ voices in order to understand their unique challenges in public spaces, build place-based relationships, and foster a sense of belonging. 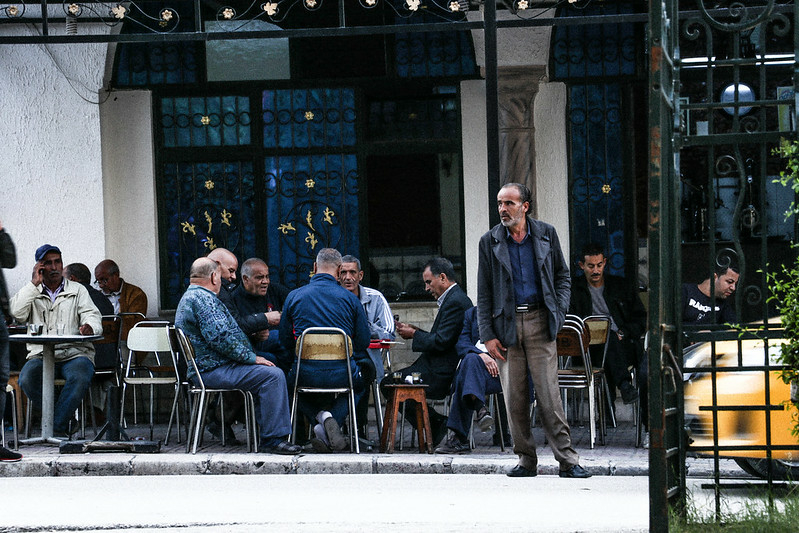 The use of urban spaces is strongly shaped by people’s safety perceptions. This link is visible in how, in a very short time, the coronavirus risk perceptions have prompted people to seek refuge in confinement, limit movements, and, indeed, avoid public spaces. A study on safety perceptions in cities has shown that almost 60% of women report feeling unsafe in urban spaces. Women identify cities, night-time, and strangers as a primary source of threat. As Leslie Kern points out “fear restricts women’s lives. It limits their use of public spaces, shapes their choices about work, and keeps them more dependent on man as protectors”.

The safety issue has generated multiple global indices and rankings and multiple planning interventions aiming at improving safety in urban areas. Often efforts to clean up and revitalize neighborhoods, are accomplished through a combination of city beautification measures and the displacement of people which are perceived by the public as carriers of crime, disorder, and disease. The typical example is a formerly low-income neighborhood where longtime residents and businesses are displaced by white-collar workers and overpriced coffeehouses. Often cities are not truly dedicated to becoming safer for women. Instead, they look for an appearance of safety, by creating a clean and controlled bubble, and excluding other vulnerable groups.

A survey on street harassment conducted by ActionAid in several countries found out that 79% of women living in cities in India, 86% in Thailand, and 89% in Brazil have been subjected to harassment or violence in public. Yet many studies show that most reported rape offences are committed by people known to the victim (e.g., domestic and acquaintance rapes), which occurred at home.

As quarantines take effect around the world, domestic violence is increasing. In China, a Beijing-based NGO dedicated to combating violence against women, has reported a surge in calls to its helpline since early February, when the government locked down cities in Hubei Province, then the heart of the initial coronavirus outbreak. In Spain government said that calls to its helpline had risen by 20% in the first two weeks of lockdown.

The technology sector is responding to gender-based violence with a series of innovative solutions, including wearable devices and software applications. An example of this is SafetiPin, a mobile application that help women stay safe, by allowing users to rate streets and public spaces for safety criteria. Currently, in Tunisia, Cities Alliance is supporting the creation of a similar tool to allow women and other vulnerable populations to report incidents of domestic violence and get support. These app-generated data can be used to inform local policies and planning and create safe public spaces for women.

Women safety is a multilayered issue. To really address it, interventions should undress the underlying causes of violence against women, taking into account the private and the public spheres, the spatial, social and economic dynamics, and they need to be intersectional. 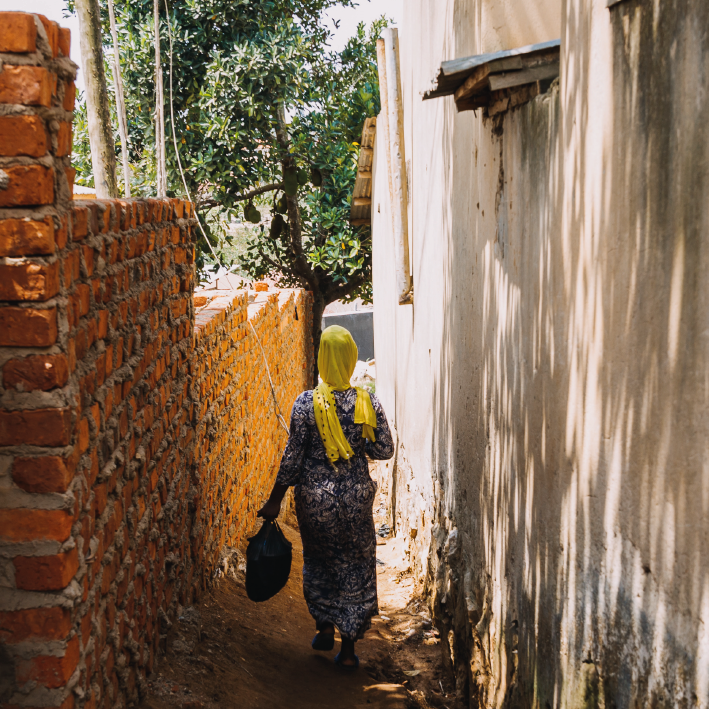 With schools closed and children suddenly at home all day, isolated sick and elderly people, with housework to do, we are all realizing the importance of care work. Without care work our societies wouldn’t function. The ILO estimates unpaid care work to be around 9% of global GDP. Yet despite this extensive and invaluable contribution to society and the economy, the unpaid care work is not included in official GDP calculations and remains largely absent from government policies.

From cooking and cleaning to collecting water and firewood or caring for children, women across the world are responsible for 75% of unpaid care and domestic work in our homes and communities.This imbalance results in time poverty for women and girls, limiting opportunities for paid work, education and leisure and further reinforcing gender-based socioeconomic disadvantages. Women and girls living in poverty, and particularly those facing multiple discriminations, experience the greatest time poverty and opportunity costs due to unpaid care. Due to the lack of adequate health services and water and cooking facilities, women are forced to make multiple trips a day to collect water or get the medical care for their families.

African women are coping in different ways with the burden of unpaid care work. Othermothers, women in the African communities who assist biological mothers in sharing the responsibilities in raising the community’s children, are vital in the African and African American community. This system is reflected in the African proverb on parenting which says that, “a single hand cannot nurse a child”. This implies that although the mother has the main responsibility of taking care of the child, the extended family and the close community ideally provides economic, social and psychological security to all its members.

The first step is to recognize the value of unpaid care work for society. This requires data on how women and men spend their time. Secondly, it is important to reduce difficult or inefficient tasks, such as collecting water, by prioritizing basic infrastructure provision in informal and poor urban settlements or remoted areas.  But more importantly, as the COVID-19 crisis is revealing, we can start to imagine a care-centered urban future because cities have the potential to spread the care work more evenly and redistribute the cost between private sector, government, communities and households, looking at tools that women have always used to support one another and find ways to build that mutual support into the city fabric. 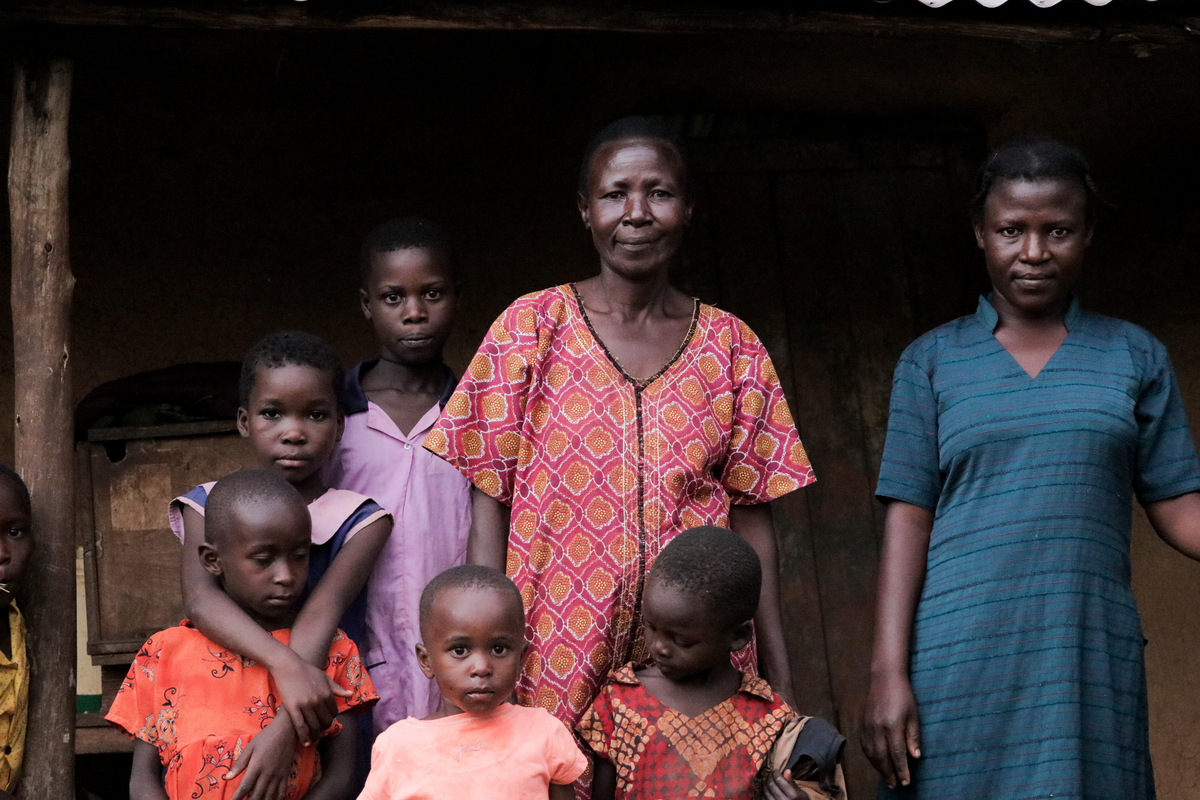 At times like these, when the coronavirus pandemic has forced offices to shutter, schools to close, and people to stay in social isolation, the internet has become our public square to access critical information and to meet. It enables children to attend school lessons, people to have access to primary care with telemedicine and even believers to participate in religious events.

But not everyone is ready to embrace a more digitized existence.

Women have less access to technology and the internet compared to boys and men. The gender digital divide in access to the internet remains largest in the countries in the Global South at 32.9%.A study on internet usage and women’s political activism in the Middle East and North Africa found that though social media lowers the cost of participating in political protest for all citizens, there remains a gender gap in participation even between men and women who regularly use social media. From online harassment to increased visibility that can lead to targeted repression, there are gendered barriers for women online just as there are in public space.

But technology can also be a powerful tool for girls to become activists and lead change on issues that affect them. Social media platforms, for instance, allow activists to reach a wide audience and organise action towards common causes. The #MeToo, Time’s Up, and similar mobilizations around the world—including #Cuentalo in Latin America, #BalanceTonPorc in France, #TheFirstTimeIGotHarassed in Egypt, #WithYou in Japan, and #PremeiroAssedio in Brazil among them—are counter-public spaces to challenge rape culture in ways that the normative “public sphere” has denied.

These online spaces are able to sustain networks of solidarity across time, space, and place, making mobilization much faster, dynamic, and bringing seemingly “private” troubles to the public sphere to be witnessed. The current crisis is showing how urgent is to bridge the gender digital divide, fostering digital literacy among women and girls, increasing internet access and promoting digitally secure communities. 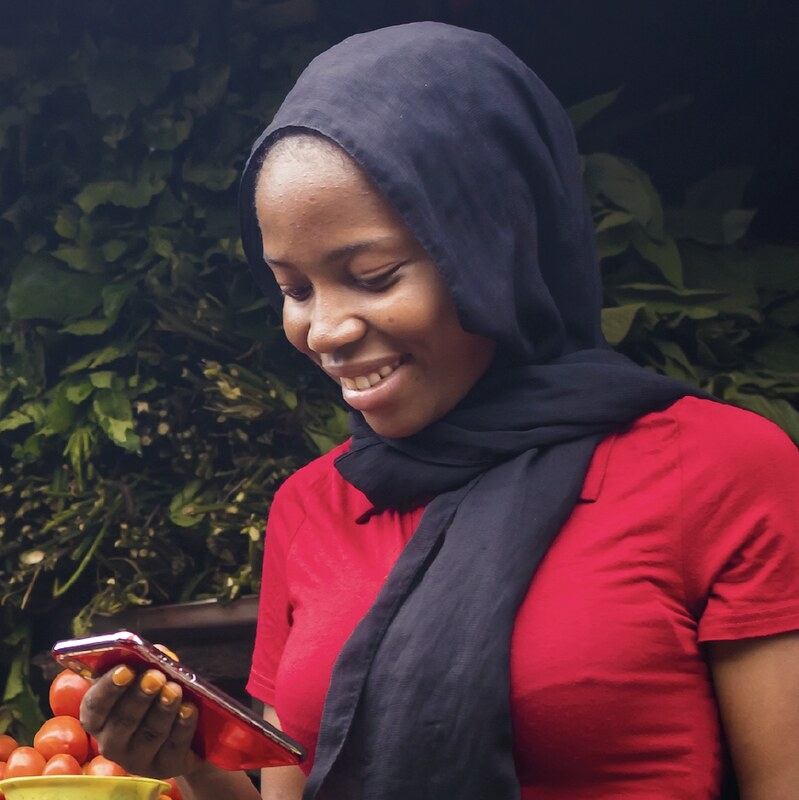 COVID-19 is putting us in front of a new and old question: To whom does the city belong? It is time to recognize and address the limitations that accompany women’s experience in cities. Planning and political decisions need to be informed by lived experiences of all marginalized groups, intersectional analysis and bottom-up perspectives.

Instead of romanticizing the time before the current crisis, we can start to imagine cities that experiment new ways of organizing paid work and care work, living together and supports women’s autonomy and connectedness to their communities.