On the occasion of the Jordanian Environment and Climate Week, Cities Alliance and the French Embassy in Amman organise a workshop to explore and share ideas on how to create more green, inclusive, and gender-transformative public spaces in Jordanian cities.

Public spaces are at the forefront of city inclusivity and resilience. They can bring together communities, facilitate cultural expression, and also improve citizens’ well-being while increasing climate adaptation levels. However, if not planned properly, these same spaces can also be unsafe for women and girls.

Most cities across the globe have long failed women by refusing to acknowledge gender differences in the ways people move, work, live, and play in urban environments. Women and girls frequently experience harassment in urban areas, and poorly lit spaces increase their vulnerability to physical violence. Studies show how public spaces are controlled areas where many social rules apply, women’s behaviour is closely monitored, and some groups feel uncomfortable and excluded. These dynamics affect the use and enjoyment of city spaces by half the population, which in turn reinforces stereotypes related to gender, class, and unpaid labour.

In Jordanian cities, rapid urban growth and climate change effects such as extreme heat have contributed to affecting the development opportunities of the most vulnerable groups, including women and girls. At the same time, Jordanian municipalities and civil society are actively working to build more inclusive and resilient cities by championing participatory engagement that breaks down barriers and amplifies women’s voices.

The workshop will be an occasion to bring together key representatives from Jordanian civil society, local and national government, as well as international experts, to share experiences and ideas on how to better engage women in creating and activating public spaces and green solutions to make Jordan’s historical cities more resilient and inclusive. 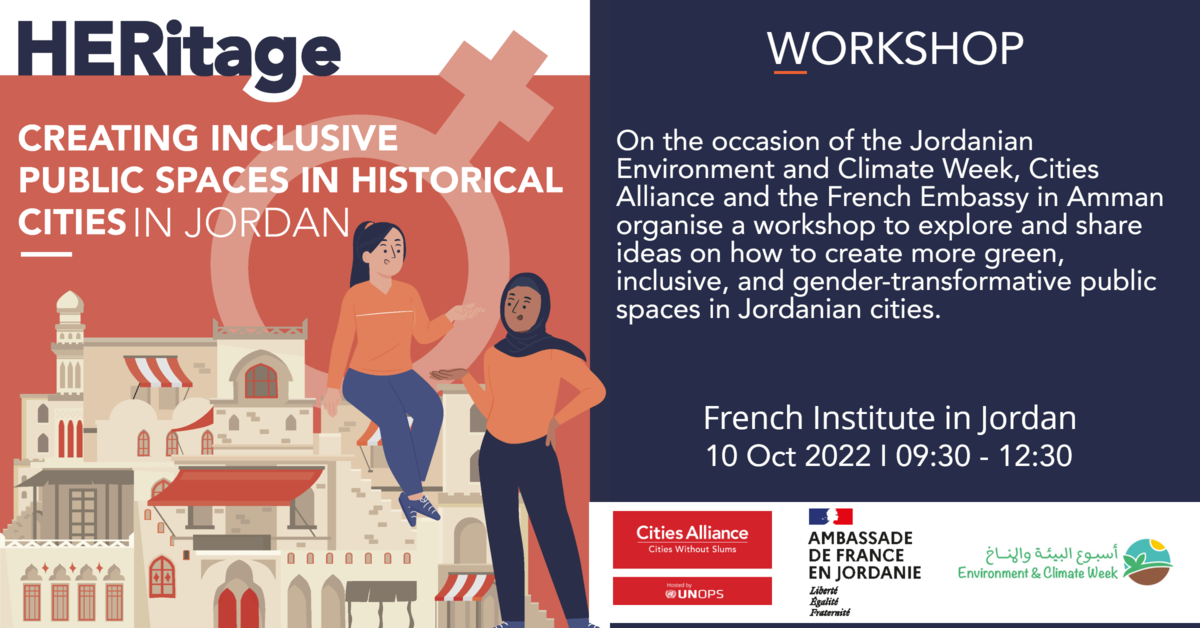