In the course of two years, the Tunisian NGO Aswat Nissa, in partnership with Cities Alliance and Heinrich-Böll-Stiftung, implemented the project  "Improving the integration of gender mainstreaming in local public policies" for the municipalities of Beja and Medenine. The project was driven by the objective of reducing gender inequalities in the Tunisian context of decentralization of powers and democratization.

As part of the project, a gender-responsive budget analysis in the municipalities of Beja and Medenine was conducted. Therefore, the specific needs of women living in the two cities, assessed during the gender analysis that marked the launch of the project, were compared with the budget and households decisions of the local administrations.

This comparison provided a detailed understanding of the existing gender inequalities in the two cities, including municipal funding and spending, and also highlighted the policy areas where gender-mainstreaming in municipal governance processes has lagged behind.

This analytical work called on the local authorities to introduce methods of integrating a gender perspective in annual budgets, as well as for the establishment of consultation mechanisms with civil society organizations in order to benefit from their expertise in the matter. The gender-sensitive analysis of the local budget in Beja and Medenine is one of the first of its kind in the country and is intended to stimulate discussion about integrating a gender perspective into municipal budgeting decisions.

As a continuation of this analysis, municipal staff members received capacity building on gender-sensitive budgeting and mainstreaming gender in local public policies and political communication. Cities Alliance compiled the results of the municipal budget analysis of Beja and Medenine in a report that can be downloaded on this website (French).

To conclude the project, a national conference took place in Tunis in November 2021 with representatives of the municipalities, civil society organisations, experts on gender-sensitive budgeting, Cities Alliance, Aswat Nissa and Heinrich-Boell. The discussions showcased the results of the project, highlighting, among others, the role of gender-sensitive public policies in fighting political violence. 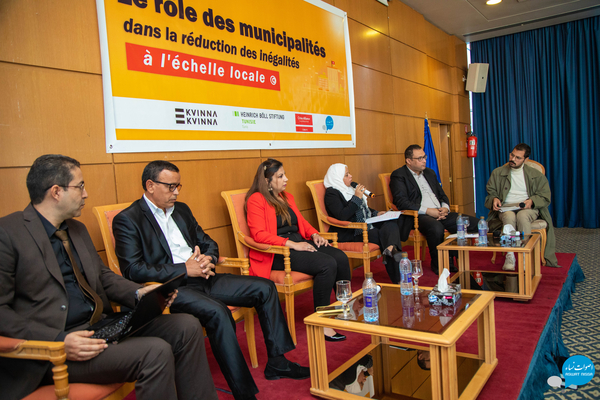 The event passed review of the street art action carried out in Medenine togehter with young local artists to highlight the importance of municipal action in countering domestic violence and the introduction of the new national law on the elimination of violence against women (Loi 58). The event marked the starting point of a national debate on the role of local administrations in reducing gender inequalities in Tunisia. 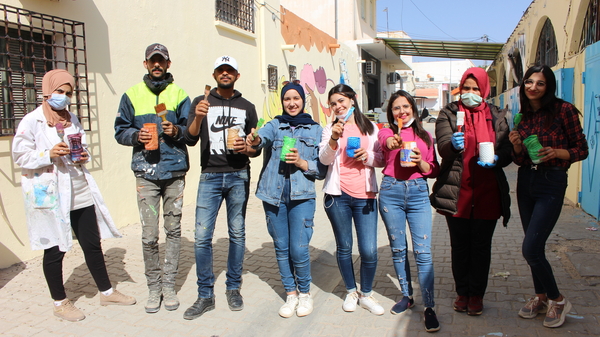 Download the detailed studies of the gender-sensitive budget analysis in Beja and Medenine. Find detailed reports of the gender analyses of local public policies conducted in the cities here and the resulting policy recommendations here.