Are we paying enough attention?
By Annie Wilkinson

As we in the global North brace ourselves for the coronavirus pandemic we are being told to wash our hands (for 20 seconds!) and self-isolate if sick. But what if you cannot do either of those things? One billion people live in slums or informal settlements where water for basic needs is in short supply – let alone 20 seconds worth – and where space is constrained and rooms are often shared. Yet discussion about vulnerability in these contexts has been startlingly absent.

Annie Wilkinson, Research Fellow at the Institute of Development Studies

A recent IIED blog raised the issue of poor infrastructure in ‘slums’ and informal settlements and rightly concluded that an overhaul of urban planning and development is needed to bring about improved infrastructure and public health. But in the meantime, we need to consider how COVID-19 could impact people living in densely populated and unsanitary environments, and what could mitigate the worst of these impacts. This is challenging as the health and social needs of these populations are often invisible.

So what are the health experiences, challenges and priorities of people in informal settlements? How do residents organise to address existing health threats? And how does this provide a basis for a COVID-19 response? These are the questions IDS and SLURC have been exploring as part of an ESRC research project on post-Ebola urban health in Sierra Leone, and also in a new GCRF funded hub on Accountability for Informal Urban Equity – ARISE. Below are some of the insights from this research and some potential lessons for COVID-19.

‘Slums’ are hard to know. The informal or illegal status of many deprived settlements often undermines both the collection of data and the implementation of policies to improve health. Data is not usually disaggregated by slum and non-slum, or it is simply not collected, especially for health.  How do you develop preparedness and response plans if you do not even know the number of people living in an area? How do epidemiological models predict spread in populations they have no data for?

How do you develop preparedness and response plans if you do not even know the number of people living in an area?

A rare attempt to model influenza transmission in Delhi found that when slum neighbourhood characteristics (e.g. population density and estimated contact rates) were included in models it was associated with larger epidemics and earlier peaks. But this data is not usually available or used. Fortunately, community based groups like SDI have collected their own data to fill these gaps and response planners should engage with these groups to understand the realities and challenges of disease control in these settings.

Despite some important population dynamics, slums are not ‘vectors’ of disease, as they are sometimes derogatively cast. Informal settlements and their residents are part and parcel of the city system, often subsidising and contributing to life elsewhere in the city. This makes control efforts built on containment and reductions in movement difficult to implement, especially if they impinge on people’s already threadbare livelihoods. We should beware of slum-wide quarantines, as were attempted ineffectively with Ebola. 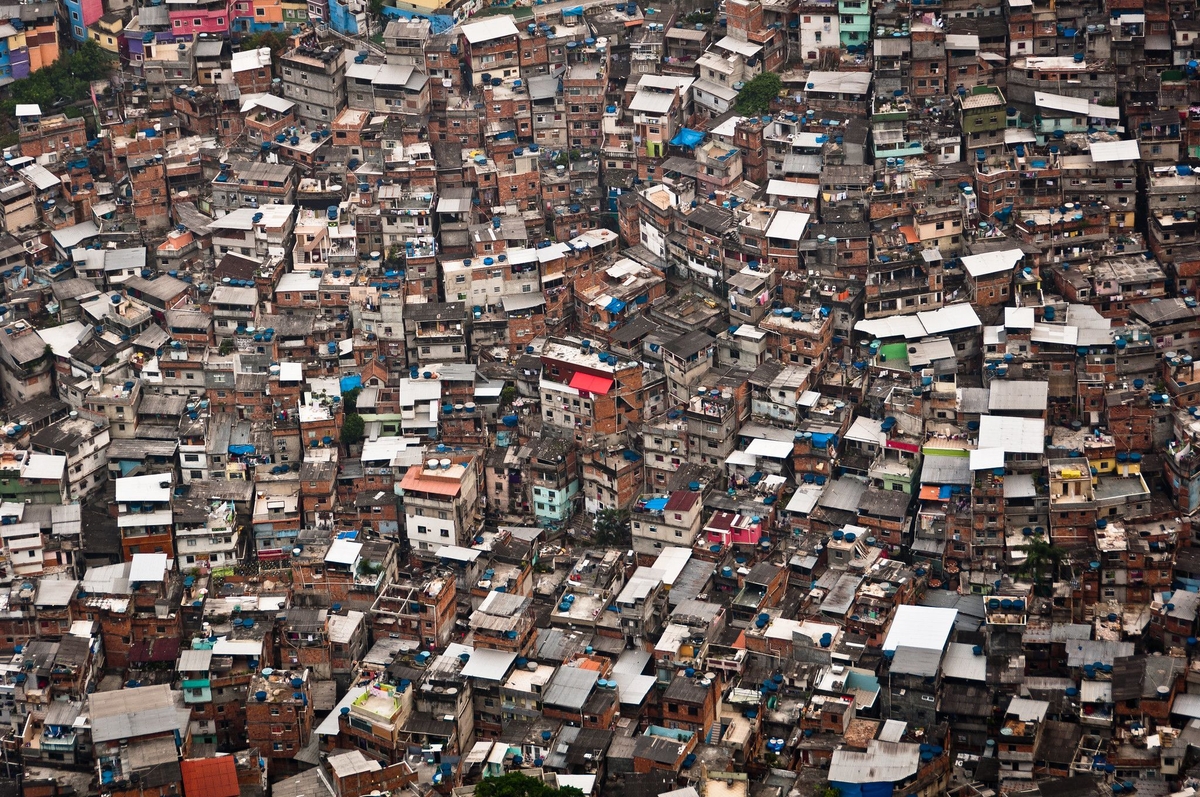 When we interviewed residents of informal settlements in Freetown about their wellbeing and experiences of the health system, we were struck by the ubiquity of ill health and of unknown and unexplained diseases. In general, as in many places throughout the world, people rely on informal health providers as a first port of call, especially for fevers and coughs. It will be important to consider this reliance on informal providers and to make sure that these providers are included in pandemic response plans. Such providers could be key to early detection of cases.

However, with health systems in these contexts so limited, the truth is that many health issues go unresolved leaving significant numbers of people living with chronic untreated conditions. An insight from our research is the relative isolation of older people, especially childless women or widows. These people did not have the social networks that are so crucial for surviving in Sierra Leone. This has major implications for COVID-19 and suggests that there may be significant pockets of highly vulnerable people – the old and those with co-morbidities – living in informal settlements, without support and unable to access care.

The city is also vulnerable to disruption elsewhere. For example; food supply systems are already limited with food scarcity ever-present. And here there are important lessons from history: rice shortages and price rises caused urban rioting in Sierra Leone during the 1919 influenza pandemic.

Community engagement will be key to effective epidemic control, be it delivering trusted messages, carrying out surveillance, or attempting to limit movement. But who do people trust, and what is a ‘community’ in these contexts? There is no simple answer to this. What is clear is that ward council boundaries and other official administrative units are often not relevant. Neither is there the chaos which is often assumed. Instead, residents negotiate multi-layered governance systems which – in Sierra Leone at least – blend traditional and state institutions and more charismatic forms of authority. An effective leader could be a chief or councillor, but they could also be a business person, traditional healer, a member of a youth group, or even a gang leader. The implications for COVID-19 are that those planning interventions need to take this complexity into account. They will need to find a way to work with overlapping, and at times competing, institutions.

Finally, residents face repeated disasters – cholera, fires, flooding and mudslides – and a plethora of community-based groups exist to respond to these events locally. Any outside interventions need to work through these groups.

How will we respond in the long term?

COVID-19 is being called a once-in-a-century pandemic. Will it be a turning point for people living in precarious urban environments? Crises can be productive when established ways of thinking or acting are transgressed by stress or rupture. Historically, epidemics have acted as catalysts in transforming how diseases are handled, especially in urban areas. The extent and direction of transformation depend on how an epidemic and its context are interpreted and by whom. Are vulnerable groups blamed and are their problems misdiagnosed? Is the epidemic an ‘eye-opener’ to underlying conditions that fuelled the disease?

Currently the threat of COVID-19 is being discussed in universal terms, but there is a real risk that the impacts on the urban poor will be considerably higher than elsewhere. To mitigate the worst of these, and to achieve the longer-term changes we want to see in urban planning will depend on improving the way we see, understand and address health and living conditions in informal settlements. For many people living on the margins, crisis is already the norm and change is overdue.

*This article was originally published by the Institute of Development Studies.