With the Transforming the Settlements of the Urban Poor in Uganda (TSUPU) programme, Uganda is taking the unusual approach of aligning urban development efforts at the national, local and community level. The first slum dweller federation to be launched as part of TSUPU took place 5 May in Mbarara.

25 June 2010 -- In an effort to proactively manage its rapid urbanisation and improve living conditions for the urban poor, the Government of Uganda is embarking on a national urban policy review that will align efforts at the national, local and community level and brings slum dwellers into the decision making process.

In recent years, Uganda’s rate of urban growth has increased significantly as rural poverty and conflict in the northern part of the country have driven people to the cities.

While the level of urbanisation in Uganda is still low—according to a 2002 census, around 12 percent of Ugandans lived in urban areas—the urban population is growing rapidly. By 2035, it is expected to reach 30 percent. 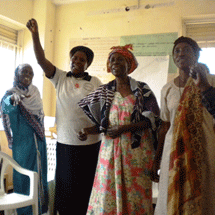 The Transforming the Settlements of the Urban Poor in Uganda (TSUPU) programme is currently being implemented by the Government of Uganda with support from Cities Alliance, the World Bank and Shack/Slum Dwellers International.

The programme aims to build the capacity of government—both national and local—and urban poor communities to form partnerships so that they can effectively manage urban growth, improve access to services and avoid the formation of large slums. It also promotes initiatives to develop inclusive, pro-poor urban development policies.

“The real opportunity the [TSUPU] programme offers lies not only in improving tenure security and services to poor urban communities, but in changing the nature of relationships between communities and local authorities and nurturing good urban governance—a bedrock of an inclusive city.” -- Tewodros Alemu, Cities Alliance Regional Adviser, East Africa

A central aspect of the TSUPU programme is the role of slum dwellers as a significant part of the solution to long-term incremental upgrading of slum areas.

To that end, the programme seeks to mobilise communities of the urban poor, primarily through the establishment of slum dweller federations in the five cities that are participating in the TSUPU programme: Mbale, Arua, Mbarara, Kabale and Jinja.

By establishing federations at the local level, communities are able to organise around activities such as savings groups, enumeration and mapping and have a platform for collective action.

These activities will also help communities obtain the knowledge and information that they need to engage with the local and national governments on municipal development strategies and slum upgrading plans.

The first local slum dweller federation to be launched as part of the TSUPU programme took place 5 May 2010 in Mbarara, a city in southwestern Uganda with 102,926 residents and a high population growth rate of 5.1 per cent. Held in the city’s Independence Square, the launch was a colourful event attended by stakeholders at all levels—local, national and community. 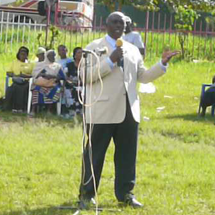 The Mbarara event was instrumental in sensitising both the local authorities and communities to the role slum dweller federations can play in urban development. Participants shared experiences on how federations work in different regions, clarified expectations and discussed the concepts of rights and responsibilities that are at the heart of community mobilisation.

It also underscored the strong commitment of the local government to working together with the Federation to seek solutions to urban problems.

During remarks at the event, Mbarara Mayor, Wilson Tumwine stressed that the municipal council and the city cabinet will cooperate with the Federation to improve living conditions of slum dwellers in the city. He added that the City Council has procured 168 hectares of land for residents who will be impacted by projects to improve the infrastructure and services in the city.

Cities Alliance Regional Adviser for East Africa, Tewodros Alemu who attended the Mbarara Federation launch, noted that the development of such partnerships between communities and local governments is one of the main long-term impacts of the TSUPU programme.

“The real opportunity the [TSUPU] programme offers lies not only in improving tenure security and services to poor urban communities, but in changing the nature of relationships between communities and local authorities and nurturing good urban governance—a bedrock of an inclusive city,” Mr. Alemu said.

Similar federations will also be launched in Arua, Kabale and Mbale. The fifth city that is part of the TSUPU programme, Jinja, already has a federation.

In addition to the establishment of slum dweller federations such as that in Mbarara, the community-focused portion of the TSUPU programme also includes the creation of Community Upgrading Funds to help communities undertake small projects to improve the quality of life for slum dwellers.

Through the funds, community organisations can apply for grants up to US $15,000 for smaller-scale projects, such as painting a school or establishing a small waste management project, which they will then manage.

The idea is to help communities experience visible progress quickly and build participation as well as participatory planning skills.

The funds will be located within municipalities and overseen by a board comprising representatives of local government and urban poor organisations. Half of the funding from the TSUPU programme will go directly to these community upgrading funds. 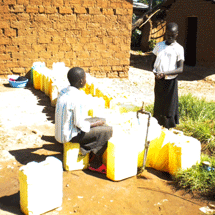 A national, local and community approach

With the TSUPU programme, Uganda is taking the unusual approach of aligning urban development efforts at the national, local and community level. Within that framework, the community mobilisation efforts outlined above will be accompanied by activities at the national and municipal levels.

National activities have already begun, most notably with the launch of the Uganda National Urban Forum on 6 May 2010 in the capital city of Kampala. The Forum serves as a permanent platform for all stakeholders in Uganda’s urban sector to establish a national consensus to deal with the challenges and the opportunities of the country’s rapid urbanisation.

Separate forums will also be held at the municipal level, where local issues will be discussed and fed into the national forum. The slum dweller federations are expected to play an active role in the municipal forums.