The Government of Uganda (GoU) in cooperation with the Cities Alliance on 6 May launched the Uganda National Urban Forum to establish a national consensus to deal with the challenges and the opportunities of a rapidly urbanising economy.

[Kampala: 6 May 2010] --The Government of Uganda (GoU) in cooperation with the Cities Alliance on 6 May launched the Uganda National Urban Forum to establish a national consensus to deal with the challenges and the opportunities of a rapidly urbanising economy.

With the motto “Sustainable Urbanisation: A Collective Responsibility”, the Uganda National Urban Forum (UNUF) is designed to “contribute towards the promotion of sustainable development in Uganda through enhancing continuous cooperation and networking, advocacy and lobby, research and training and access to support priority programmes in Uganda.”

The launch in Kampala was chaired by the Secretary General of the Urban Authorities Association of Uganda John Behangaana and Samuel Mabala, Commissioner for Urban Development. In his keynote address, the Commissioner welcomed the 40 representatives from the Uganda Slum Dwellers Federation, declaring that “We want to get rid of slums, but not slum dwellers. They are part and parcel of the urban fabric. Sustainable urbanisation can only happen through dialogue and participation.”

The State Minister of Urban Development Hon. Urban Tibamanya, cut the ribbon and called the Forum “a milestone in the work of addressing urban challenges in Uganda.” 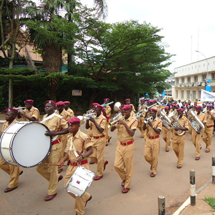 Harnessing the potential of the urban sector

Uganda is one of Africa’s most rapidly urbanising countries, with a population base of 30 million, a high population growth rate of 3.2 percent and a high rate of urban growth estimated at 5.1 percent per annum. This rapid urbanisation is taking place not only in the context of a history of conflict, widespread poverty and a modernising shrinking agricultural economy, but also one of limited and unreliable energy supply and an acute scarcity of resources for local authorities.

While Kampala is the dominant city with a population of 1.5 million, there has been a clear growth of secondary towns; 50 percent of the urban population now lives in the 13 designated municipalities.

It is projected that by the year 2035 Uganda’s population will have grown to 68.4 million, of which 30 percent will be in urban areas. In addition, the country’s economic growth patterns, which have averaged 6.7 percent over the last decade, support the view that urbanisation and agglomeration of people and higher order economic activity will occur.

The Government of Uganda established the National Urban Forum to enhance competitiveness of the urban sector in order to harness its potential as a driver of economic growth.

In full-page advertorials published by the Ministry of Lands, Housing and Urban Development in major national media outlets, it outlined its vision for the UNUF as a permanent platform for all stakeholders in the urban sector, “bringing together individuals and representatives of governmental and non-governmental institutions, organisations of the urban poor as well as voluntary organisations at the national level and shall have Local Urban Development Forums in each District.”

Key objectives of the Forum are to:

--  Institute/provide a national platform for dialogue among all stakeholders of the urban sector to participate in the planning and management of urban growth;

--  Initiate coordination among the local, international bodies and development partners for purposes of research and information sharing to strengthen the institutional framework in the urban sectors;

--  Promote integrated participatory planning, development and management of the natural and built environment amongst urban actors in urban areas; and

--  Influence legal reforms and inform policy direction on matters relating to the urban sector, and to promote prioritisation of urban development.

The Transforming the Settlements of the Urban Poor programme

The launch of the Uganda National Urban Forum is the first major outcome of the Cities Alliance-supported Transforming the Settlements of the Urban Poor in Uganda (TSUPU) programme, which is funded by the Gates Foundation and implemented by the Government of Uganda, the World Bank and Slum Dwellers International. 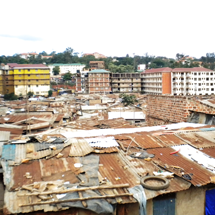 The overarching objective of the TSUPU programme is to create inclusive cities without slums in Uganda. “The fundamental feature of the programme is the alignment of between national government, local government, and communities. This enables synergies and opportunities that simply do not exist when the parties do not work together,” said Cities Alliance Senior Urban Specialist Julian Baskin.

The programme is focused on secondary cities since they represent the best opportunities for managing rapid urbanisation and ensuring a better urban future for their citizens.

Five Ugandan secondary cities were selected for the programme by the Ministry of Lands, Housing and Urban Development and other stakeholders including representatives of the urban poor, Shack/Slum Dwellers International (SDI), GTZ and the World Bank’s Uganda country office:

--  Jinja, the second largest town in Uganda with an approximate population of 132,150 and a population growth rate of 3.2 percent per annum;

--  Mbarara, with an estimated population of 102,926 with a 5.1 percent annual population growth rate;

--  Mbale,which has an estimated population of 86,642 and a 4 percent annual population growth rate;

--  Kabale municipality has a population of 54,407 and a 4 percent annual population growth rate; and

--  Arua, which has a population of 39,250 and a population growth rate of 4 percent per annum. It is an important local commercial centre and serves as a base for a large refugee population from Sudan and the Democratic Republic of Congo.

--  At least 50,000 slum dwellers living within the selected municipalities actively engage in both securing their rights and honoring their responsibilities through improved urban governance and formalisation;

--  At least 50,000 slum dwellers living within the selected municipalities improve their qualitative and quantitative access to municipal services;

With the launch of UNUF, the Government of Uganda has begun the process of actualising these targets. The National Urban Forum will facilitate the sharing of experiences and lessons amongst all Ugandan local governments. Indeed, the Forum is expected to showcase how developing countries can deal with rapid urbanisation.

The knowledge and learning will be spearheaded by the National Government, but with important roles also envisaged for the Urban Authorities Association of Uganda (UAAU), Makerere University, as well as all active Cities Alliance members and partners.

William Cobbett, Cities Alliance Manager, welcomed the launch of the Uganda National Urban Forum, hailing it as a potential role-model for other countries in Africa. 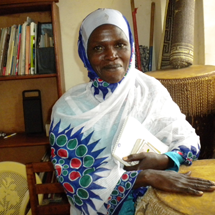 A participant in a women’s savings group in Uganda. Savings groups enable poor households to access affordable finance and provide a social arena for slum dwellers to share, discuss and support each other in times of crisis.
Photo: Hilde Refstie/Cities Alliance