This piece was originally published by Thomson Reuters Foundation News.

Over the last decade the impoverished residents of West Point, the largest seaside slum in Monrovia, Liberia’s capital, have had a front-row seat on the devastating impacts of climate change.

During this time coastal erosion has shifted the shoreline of the community, which sits on a headland jutting into the Atlantic, about 30 meters inland. Rising sea levels have swept away 700 shacks. West Point’s roughly 85,000 residents are examples of the new levels of extreme vulnerability caused when poverty and haphazard urban planning mix with radical climate change.

“My house was far from the sea, but every rainy season we face the same problems. When the sea rises, we cannot sleep here. If you see our room, our things are all high up, on tables” says Michelle, 34, a West Point resident and mother of four. During the rainy season two years ago Michelle’s youngest son nearly drowned when one of the frequent fast-moving tides nearly swept his canoe out to sea. Luckily, a brother rescued the boy before he drifted too far into the ocean. 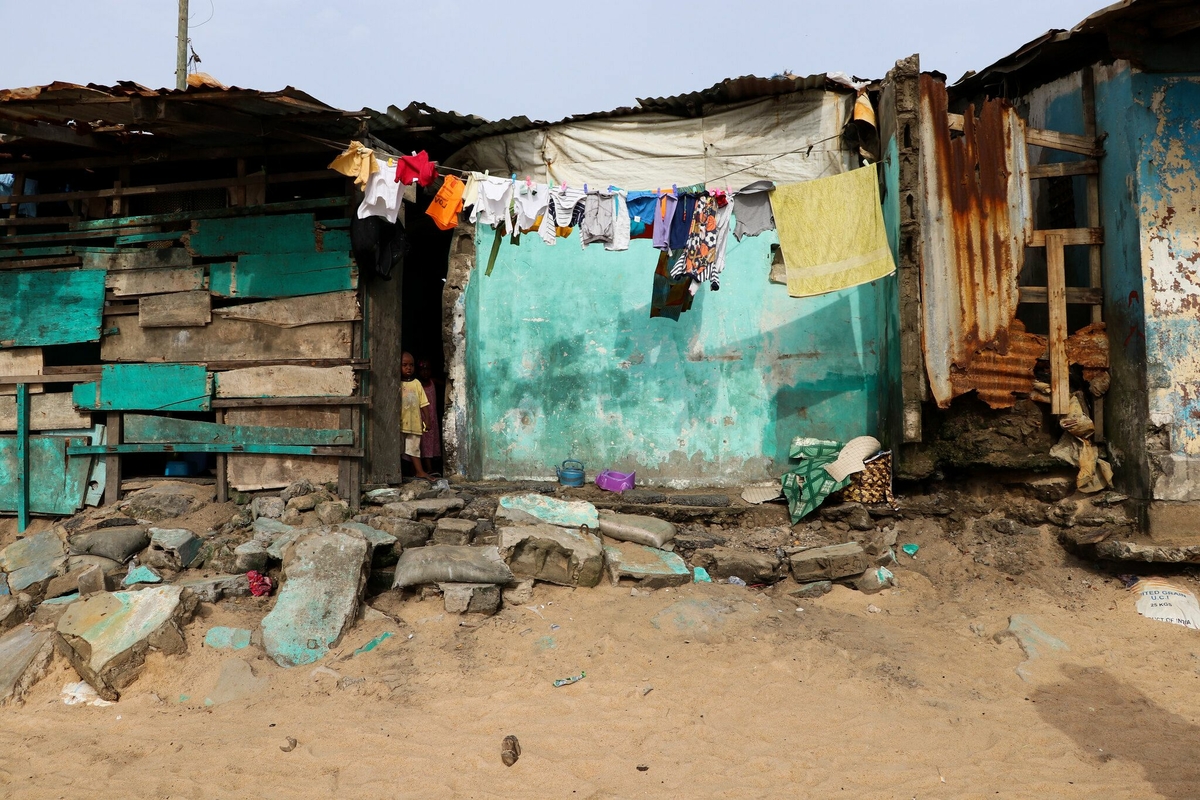 The vulnerability and dislocations occurring in West Point aren’t unique. The steadily increasing impacts of global warming, compounded with those of the pandemic, are exposing urban inequality the hard way.

Like Michelle, the nearly one billion residents of informal settlements across the world are disproportionately and unjustly bearing the brunt of climate change, greatly compounding their vulnerability.

Breaking the cycle of exclusion

Up to now ignoring such issues has been easy. But as the crisis of climate change and urban poverty collide, inaction by wealthy countries becomes harder to justify.

The pandemic has exposed not only society’s inequalities but also the fragile interconnectedness of life on earth. The saying “No one is safe until everyone is”, often used in the context of vaccine acceptance, also applies to climate change and the kind of poverty and mass dislocation it is provoking.

The structural cycle of discrimination and exclusion of the most marginalized communities must be broken if the global community hopes to effectively channel the post-pandemic recovery as an opportunity to build cities that leave no one behind.

Cities Alliance is at the forefront of devising solutions to address urban poverty. We have identified key focus areas where informality intersects with climate change that require urgent and concerted action:

Having a healthy environment is a human right

The pandemic has underlined the pressing need to recognize the rights of the urban poor and to overturn decades of chronic underinvestment in infrastructure that have left slum dwellers exposed to disease outbreaks and climate impacts. The consequences of this inattention have a human price as the global slum population is projected to triple by 2050 if we don’t act now.

We cannot afford to continue ignoring those living in urban slums and working in the informal economy. They deserve the same rights as everyone else in our cities, including that of having a healthy environment, newly recognised as a human right by the United Nations.

If we fail to recognize their contribution to our societies and economies and to fully integrate them into urban and climate planning, reaching the objectives of global agendas from the Paris Agreement, to the SDGs and the Net Zero target, will be in jeopardy. That’s why we should care.

In October 2021, Cities Alliance released the report Building Climate Resilient and Sustainable Cities for All, which explores ways in which informality intersects with climate change and identifies key areas for action. Download it here.

Horn of Africa: Climate-induced Displacement on the Rise

Launch: Building Climate Resilient and Sustainable Cities for All