Two projects implemented by grassroots organisations in Bangladesh and Kenya, with support from Cities Alliance, show how youth in informal settlements are enabling local action on climate adaptation.

This blog was first published by the Global Alliance – Cities4Children.

A recent landmark global survey of young people (aged 16–25) revealed widespread anxiety, anger and frustration over the looming catastrophe of climate change and the longstanding failures of governments to take meaningful action. In the Bay of Bengal and the Greater Horn of Africa, where the impacts of climate change are intensifying, young people are not waiting for government action. Instead, they are channelling their energies, skills and talents into local projects aimed at helping communities adapt to climate change impacts.

Kuakata and Mongla are small port towns in Bangladesh that are highly vulnerable to climate-induced risks. In both towns, the most vulnerable residents live in informal settlements located in climate-sensitive areas where cyclones and rising sea levels bring frequent flooding. In 10 informal settlements in the two port towns, Badabon Sangho – a local women’s rights organisation – has worked with 50 youth volunteers (32 girls and 18 boys) with digital mapping and data-collection skills to map locations of homes and walkways and collect data from 770 households related to flooding, access to basic services, road connectivity and tenure. 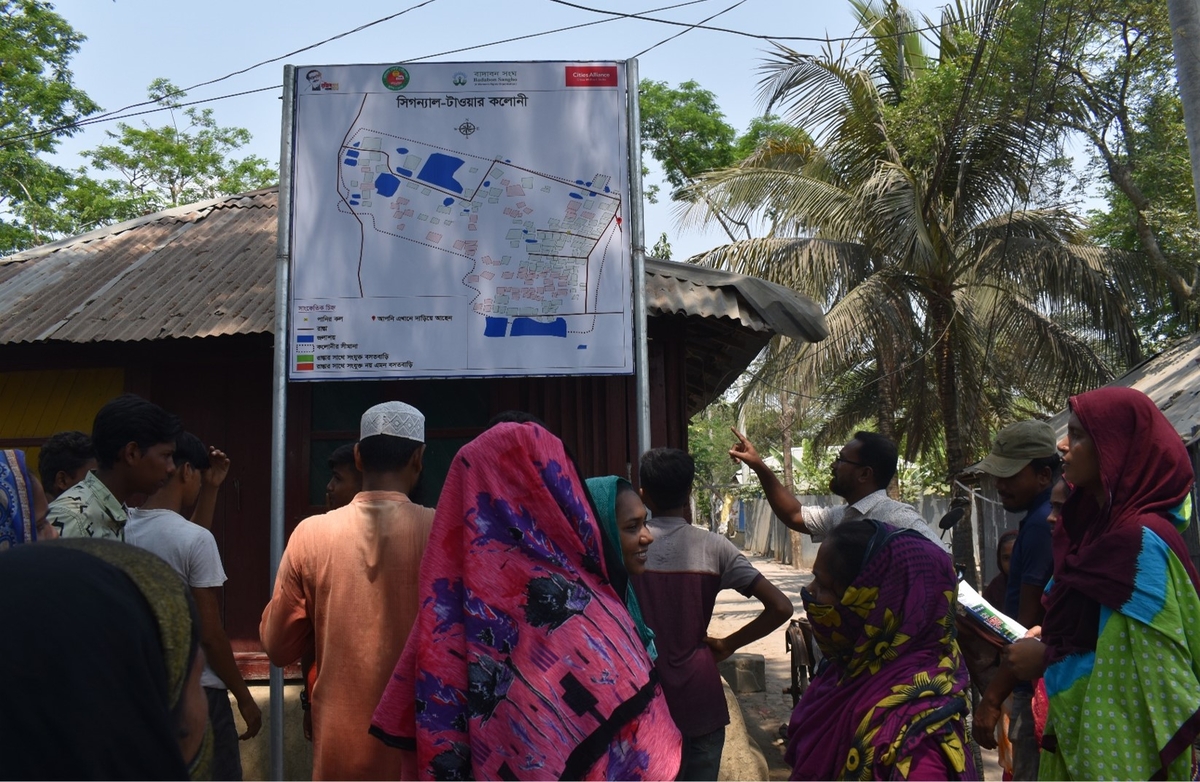 The data collected was analysed by youth with the help of a geographic information system (GIS) expert. They then created 10 geospatial maps showing areas within settlements most vulnerable to flooding. The maps also show road connectivity, the location of public and communal facilities (such as schools and shared toilets) and drainage and waste-management infrastructure. In four settlements, these maps have been displayed on billboards as part of community-resilience plans. The localised maps and plans will help guide future development interventions in the 10 informal settlements. In each settlement, a local climate-resilience and adaptation committee has also been formed to drive forward the actions prioritised in the plans.

As well as mapping activities, community members in all 10 settlements have participated in courtyard meetings, consultations and learning sessions. These have involved 1,152 women-headed and Indigenous households as well as local authorities. The activities were conducted to understand the specific needs and challenges faced by these groups and were facilitated to build relationships between local communities and local authorities and to raise awareness about climate change risks and the importance of climate-resilience planning.

Korogocho is one of the largest informal settlements in Kenya. It is especially vulnerable to climate change impacts because it is located close to a large dumpsite and two tributaries of the Nairobi River. Here, a local youth-led organisation called the Hope Raisers Youth Initiative is working with local and international partners to implement the Future Yetu (Our Future) project. This project engages local communities in adaptation efforts taking into consideration their priorities, needs, existing knowledge and capacity. 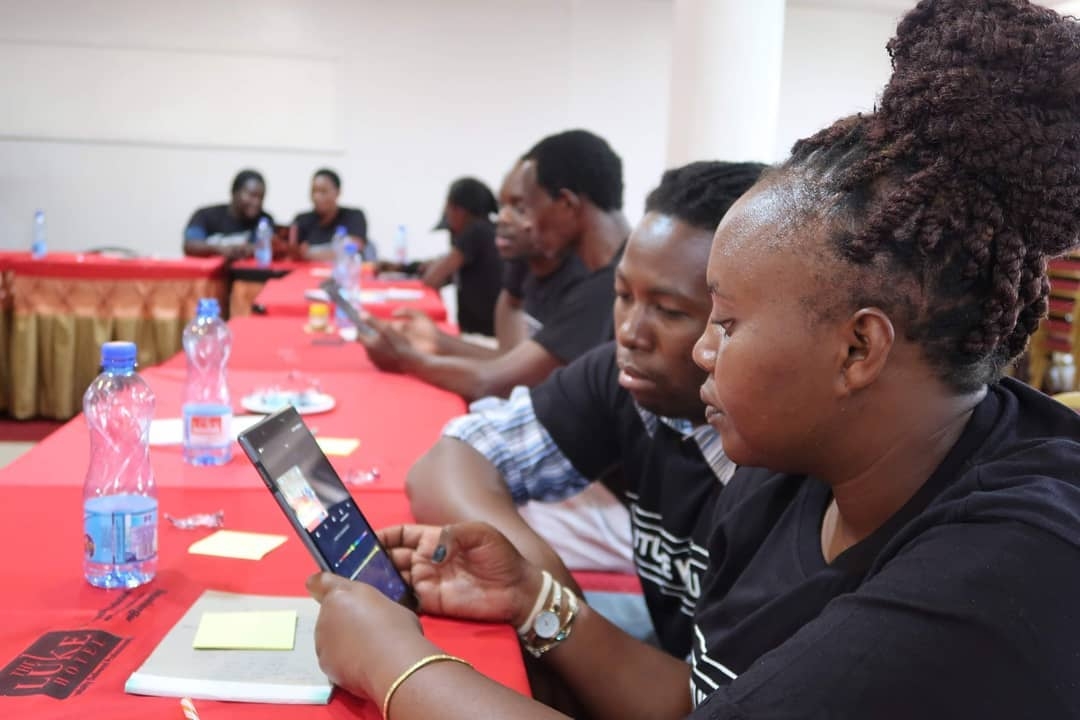 Between 2020 and 2021, the Future Yetu project engaged over 100 community residents in conducting risk assessments to identify and prioritise local climate change-related problems. These assessments informed the creation of the Korogocho Climate Adaptation Manifesto which was presented to the Nairobi City County. The manifesto calls for actions such as providing security of tenure, developing locally relevant waste-management plans and promoting urban agriculture. Future Yetu has also established the Korogocho Climate Change Adaptation Committee to build relations and engage with local government and to drive local action.

Two key interventions that have been implemented are the creation of 12 digital stories – in which local community members share their experiences of climate change impacts – and the co-creation of a prototype ‘pocket park’ (a small park accessible to the public) in a local school called the Carbon Sink Pocket Park. 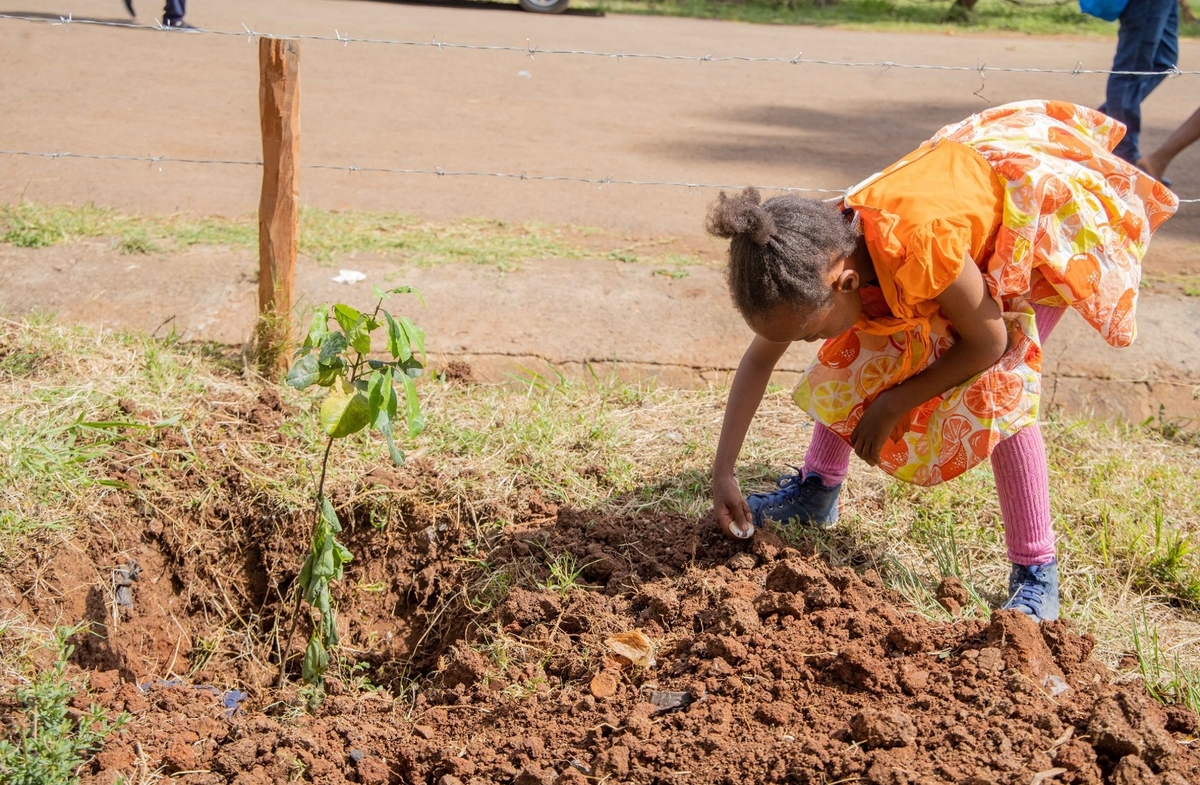 Access to reliable and adequate information about climate change and its impacts on the daily lives of urban residents is crucial when raising awareness and promoting the engagement of communities and local authorities in climate adaptation efforts. Through the digital stories project, 20 members of the community learnt about the fundamentals of video production, software and equipment, scriptwriting, recording, editing and more.

These stories bring to life local experiences of climate-related impacts. And the project is also fostering intergenerational communication, as the youth have supported older residents to learn new digital skills to create and share their narratives around climate change-related issues, experiences and impacts. The digital stories were shared with over 300 members of the local community as well as government officials during a three-day event at a local school.

Digital skills were also used in documenting the Carbon Sink Pocket Park intervention. The video includes a background score by a local spoken-word artist, interviews with local youth, and videos of the school community co-creating the park with local youth. These elements are woven together to highlight the links between climate change, air pollution, and health and well-being – and demonstrate possibilities for local action.

In the pocket park documentary, Daniel Onyango, the project leader of the initiative, gestures towards an empty lot adjacent to the school. He explains how the barren and underused park will be transformed. As the documentary unfolds, the park grows and blossoms before our eyes, as a community of parents, teachers and school children work together to prepare the ground, plant and water seedlings and saplings, build paths and seating, and add colourful artistic elements. Now finished and thriving, the Carbon Sink Pocket Park is maintained by the school’s environmental club and serves as both a green space for the community and as a special place that enables school children to share what they have learnt about climate change with their family members.

Together, the projects in Kuakata, Mongla, and Nairobi combine educational and informational tools with innovative projects to increase community engagement in climate change adaptation. But they also draw upon a sometimes overlooked but powerful resource: the enormous potential of young people.

The contributions of youth are absolutely critical for increasing awareness about climate change in cities, for inspiring local action and participation, and for building resilience and capacity for the future.

This is particularly important in the context of informal settlements and economies which already have a limited capacity to absorb shocks. Being at the frontline of climate impacts, the urban poor – and in particular young people – have demonstrated what they can achieve to strengthen their communities’ resilience to climate change. It is essential, however, that they are given access to resources and are supported in preparing for and adapting to the changes in climate.

The projects described here are supported by Cities Alliance through the Stronger Partnerships: Local Innovations for New Climate Realities in Cities initiative in partnership with the Swedish Development Cooperation Agency (Sida) and the German Federal Ministry of Economic Cooperation and Development (BMZ). The project reports for the Badabon Sangho initiative in Bangladesh can be accessed here and for the Hope Raiser’s initiative in Kenya here.