Cities Alliance launches Her4Climate, a tool for local governments and urban practitioners to facilitate the integration of gender perspectives into climate adaptation planning in cities.

Increased temperatures, droughts, floods, and other climate-related hazards have become a reality in most countries around the world, with impacts ranging from displacement to infrastructure and service failures, from food insecurity to the spreading of water-borne diseases.

To address these challenges, a shift is needed in cities, to mainstream gender considerations into climate adaptation and resilience policies and planning.

To support city decision-makers in this process, Cities Alliance, in collaboration with Arup, has developed the Her4Climate tool.

The tool aims at promoting women's participation, leadership, and agency in the design and management of climate adaptation initiatives and plans. It does so by identifying the main factors through which women’s exposure, sensitivity, and adaptive capacity to climate events become visible and actionable. It examines the short- and long-term climate impacts through the lens of three dimensions, that are essential to crafting a city’s gender-transformative response: 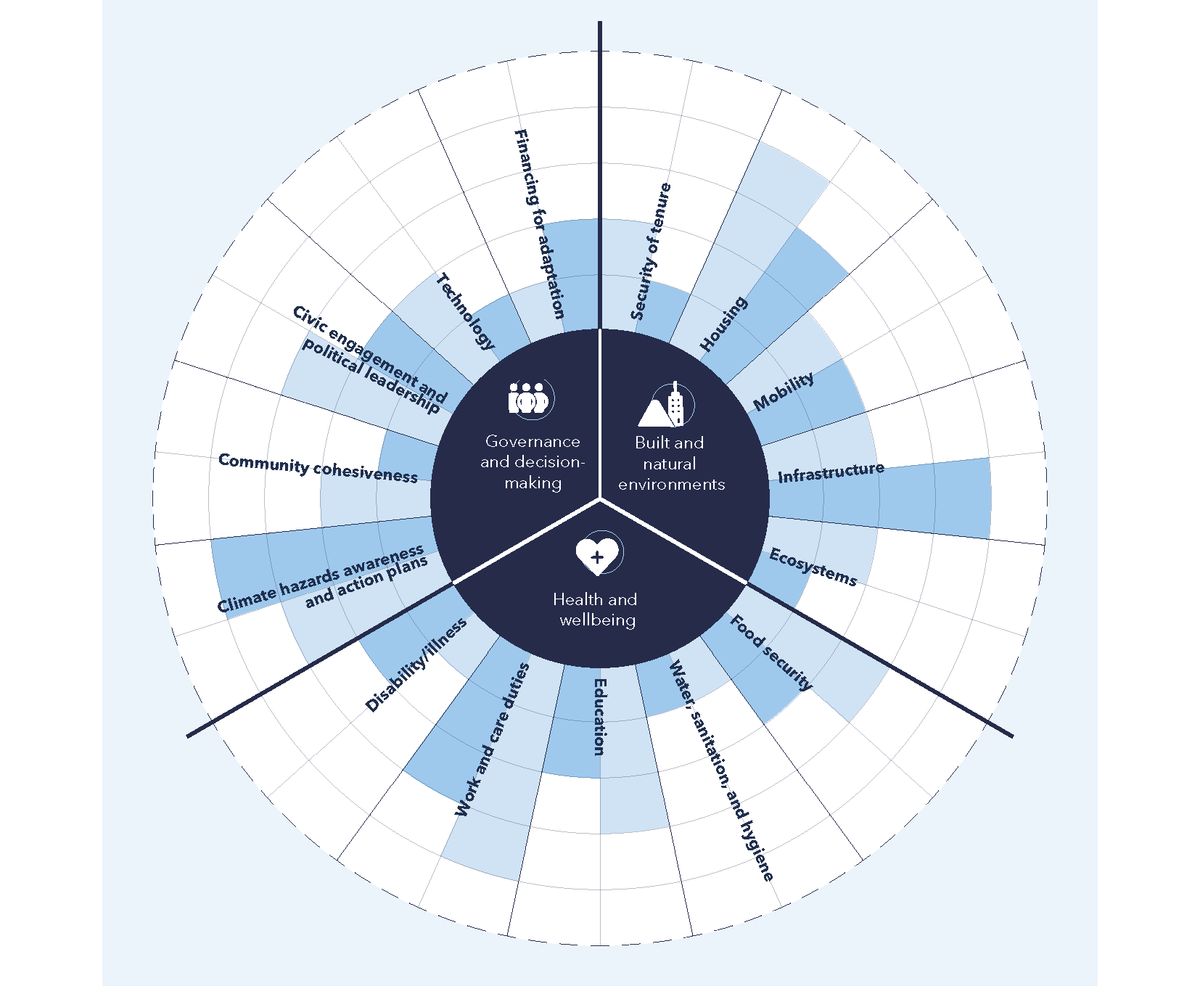 Gender mainstreaming in climate plans advocates for the recognition of gender differences in climate adaptation. It allows unbiased discussions of the division of labour in disaster responses, a sensitive approach against gender-based violence, and empowers women to claim their rights as landowners, workers, and climate-adaptation knowledge-holders.

Women are powerful agents of change and resilience champions in their communities. While they often manage the natural resources available and have knowledge of local environmental solutions, they are left behind in the formal decision-making processes surrounding climate adaptation. To address the climate crisis women must be at the heart of climate action.

The Her4Climate tool will soon be deployed across nine cities in Nepal. The preliminary results will be presented in Brussels in 2023.

COP26: What’s Next for Climate Adaptation and Informality in Cities?