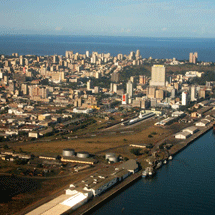 The Cities Alliance has agreed to co-finance an initiative to support the development of State of the Cities Reports in sub-Saharan Africa.

African countries are currently experiencing some of the most rapid urbanisation rates in the world. According to United Nations projections, the urban population of sub-Saharan Africa will increase from 387 million in 2010 to 705 million in 2025.

In the face of such rapid urbanisation, countries and cities are increasingly seeking access to knowledge and capacity that will enable them to manage growth in a sustained, equitable way.

The new initiative seeks to develop 30 State of the Cities Reports, at least one per country, and support the creation of an African urban knowledge network over 10 years.

The aim of the initiative is to use the process of developing State of the Cities Reports as a basis for building urban knowledge and organisational capacity among African urban policy makers, planners and practitioners.

It will do so by creating access to international best practice, providing more detailed knowledge and information about a country’s urban realities, and establishing a framework for rapidly increasing skills and capabilities in urban management and delivery.

The Cities Alliance will provide $588,000 in funding for Phase I of the initiative, which will focus on three countries over a period of three years.

Phase I will consist of the following three components:

The initiative will be hosted by the University of Cape Town, South Africa. The University’s African Centre for Cities will serve as the lead implementing partner and will collaborate with the African Association of Planning Schools, the South African Cities Network (SACN), and other African partners. Financial partners include the Urban LandMark and the Cities Alliance, with the World Bank and UN-Habitat as the lead members providing support to the initiative.

The proposal was submitted to the Cities Alliance by the University of Cape Town and sponsored by DFID, the Ethiopian Ministry of Works and Urban Development, the South African National Department of Housing, UN-Habitat and the World Bank. It was formally approved on 12 November 2009.

State of the Cities Reports have become internationally acknowledged as useful analytical tools in urban development. By compiling current, relevant data and analysis, the Reports provide a comprehensive portrait of an urban area from a range of sources and can help establish benchmarks for measuring progress. They also serve as learning tools to feed public management systems so that policies and governance can adapt and innovate.