For the launch of the project “CRRF1: Inclusive Urban Development and Mobility – Regional Network and Dialogue” financed by the European Union and implemented by Cities Alliance within the frame of the European Emergency Trust Fund for Africa, a peer-learning event will be organized in Arua, Uganda on the 23rd and 24th of March 2021.

This project is a component of the wider Action, “CRRF: Inclusive Urban Development and Mobility” which aims to help countries in the Horn of Africa to address the dual challenges of the rising number of displaced people being hosted in urban areas and wider urbanization.

It is divided into three components. The first one will focus on regional dialogue and will foster peer networks and knowledge exchange on the challenges and opportunities resulting in urban displacement in the context of urbanization. The second and third are two respective pilot actions that will provide direct support to urban areas, with severely stressed or pre-existing low coverage of basic services and a high concentration of refugees. In Uganda, support will target the municipality of Koboko. In Ethiopia, it will target the municipality of Asosa.

The regional network and dialogue component, led by Cities Alliance, will target seven secondary cities from four countries Borama and Gabiley (Somalia), Jigjiga and Asosa (Ethiopia), Kakuma-Kalobeyei (Kenya) and Kobobo and Arua (Uganda). These countries currently host more than 7 million refugees and Internally Displaced People (IDPs) who are fleeing their homes because of persecution, protracted conflict, human rights violations or climate shocks. Most of them move to urban or semi-urban areas, instead of staying in camps or purpose-built settlements, which put cities under considerable pressure.

With most refugees and IDPs moving to cities, local authorities are overloaded and often unable to ensure access to public services and livelihoods. They are putting in place different coping mechanisms that have proved successful. Our aim is to bring them together to foster the exchange of experiences and peer learning.

The peer-learning event organized in Arua is the first one of a series of five dedicated to exchanging experiences with partner cities representatives and communities’ stakeholders with the objective to strengthen policy development for greater social cohesion. Peer networks and knowledge exchange will help the cities identify solutions to improve living conditions and opportunities for both refugees and host populations, reduce the risk of conflict, and provide access to basic services for all vulnerable city residents. 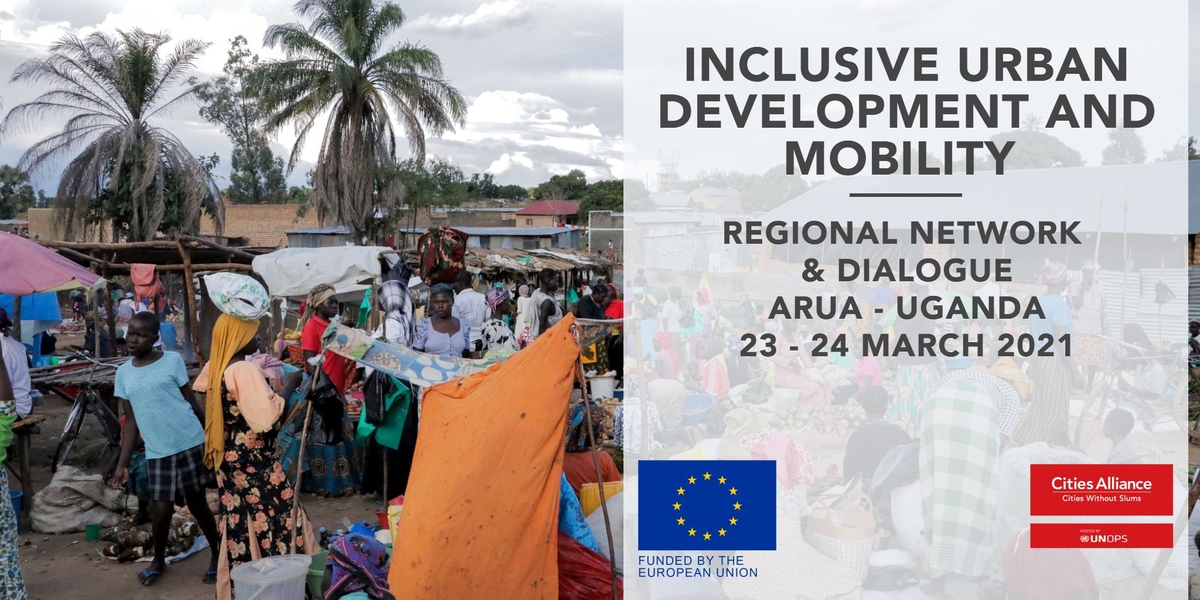 All partnering cities will be present at the event. They will be represented by their respective mayor as well as leaders from host communities and refugee-led organisations. The other components of the programme will also be in Arua for the formal launch of the project and partnership. They include the municipality of Koboko and ACAV (Associazione Centro Aiuti Volontari) as the lead of the second component and the IRC (International Rescue Committee) as the lead of the third component.

The first event will expose the participants to two successful models of inclusion: The Municipal Development Forum (MDF) and the Community Upgrading Fund (CUF). Arua City has been chosen to host this first peer-learning event as the only city of the Action having implemented successfully the two mechanisms.

Cities Alliance is the global partnership supporting cities to deliver sustainable development. With its global programme on Cities and Migration including the EUTF funded project, Cities Alliance has made a long-term commitment to supporting secondary cities in low-income countries that have to manage large inflows of migrants and refugees.

The European Union Emergency Trust Fund (EUTF) for Africa was launched by European and African partners at the Valletta Summit on Migration in November 2015. The EUTF for Africa was established to deliver an integrated and coordinated response to the diverse causes of instability, irregular migration and forced displacement.