Where are the Women, and Where is Gender in the New Urban Agenda? Part 1

The New Urban Agenda takes some steps forward in responding to the needs of women, but there is a real risk that gender responsiveness and the needs of women and girls will effectively only be given lip service in the final version. By Dr. Laura Lima and Lea Spörcke

[25 July 2016] -- For those engaged in urban development and governance, all eyes are on the highest political meeting of the preparatory process to Habitat III, taking place in Surabaya from 25 to 28 July 2016.

This 3rd session of the Preparatory Committee, referred to as Prepcom3, is the last crucial milestone in the negotiations towards Habitat III, and the discussions taking place there will shape the definite draft of the New Urban Agenda (NUA). Given that the NUA is set to spell out the guidelines on urban development for the next two decades, it goes without saying that large political and financial resources have been committed to lobbying with national governments for the inclusion of a range of different development commitments in the NUA document.

And while there should be no doubt that those taking part in the negotiation process are committed to unlocking the potential of cities as sites of inclusion and equality, the cardinal issue at stake is this: What will be financed, how, and through which means? With funds for development becoming increasingly scarce and uncertain, inclusion of an agenda in the NUA may make future financial backing much more likely over the next 20 years.

Thus, it is a decisive time for feminists to carefully track how resources and policies are going to cater for, and respond to, the needs of marginalised urban women and girls. It is also a time to make their voices heard across the development continuum – from grassroots to the national level, from alignment with the Sustainable Development Goals to financing and implementation at the local level.

This is not to say that there has been no active engagement or advocacy for gender responsiveness in the Habitat III process; quite the contrary. In fact, it has been recognised that women formed the most active and organised constituency of the Habitat III process.  “In the run-up to Habitat III, women have organised at just about every level. During major events, women have held daily caucuses to share information and stay on message”, wrote Greg Scruggs on Citiscope.com on 8 June 2016.

Given such a high level of activism and organisation among the women’s constituency, why are these last three months before Habitat III so crucial? Because fewer paradoxes have endured more persistently across the international development spectrum than the consistent undermining of women’s place in decision-making and access to resources.

Be it at community or national level, the development world is full of accounts that range from gender-mainstreaming as a box-ticking exercise to the disillusionment that comes from receiving political recognition but being sidelined throughout project and programme cycles. Add to this a perhaps even more disturbing layer of exclusion: As different institutions and constituencies struggle for the inclusion of their agenda in the NUA, it is often the watered-down, non-gender-responsive version of their political commitments that are included in the final document.

It becomes obvious that despite global commitments to women and to gender mainstreaming, the gender question tends to disappear in the sea of different agendas. Whether in the name of conciseness or under the guise of presumed gender-mainstreaming, both financial and political resources are often diverted away from women and girls once consultative processes enter discussions on financing, monitoring and implementation. For the final draft of the NUA, there is a real risk that gender responsiveness and the needs of women and girls will effectively only be given lip service.

It is imperative that we, the gender-conscious, do not let gender-responsiveness be quietly swept under the rug of urban development for another two decades. To make sure that the goal of gender inclusion is not forgotten in the NUA, we must get back to the classic feminist question and inquire, “Where are the women?”

This means questioning not only whose development is being negotiated, but what financial resources are being allocated, to whom, and to what end. It also means questioning how the socially constructed roles and responsibilities of males and females affect, and are affected by, development politics.

How the NUA is leaving women and girls behind

We will attempt to answer those questions in the second part of this blog series. But first, we look at the three drafts of the NUA for clues as to which aspects of women’s and girls’ needs – as well as gender responsiveness –  are already being left behind.

Women as a vulnerable group. The first draft of the NUA, issued in May 2016, mentions ‘women’ a total of 16 times. This trend continues throughout the ensuing revised version of the NUA, with the same old and outdated approach to gender in which women are presented as a larger part of the constituency of the so-called vulnerable: the youth, people living with disabilities and  children. The ongoing use of this concept undermines the crucial role of women as decision makers, entrepreneurs, civil society and grassroots leaders and neglects the intersectionality of poverty, social exclusion and vulnerability. An equal inclusion and recognition of the fact that women form half of the population is not a concession of international politics but a fundamental right. Anything less than that and the commitments to gender equality will remain superficial.

A truly inclusive and gender responsive agenda will also need to refer to men and boys and their specific needs. Otherwise, gender will be reduced to mere wording in which the other half of gender – men and boys – will remain invisible. Guaranteeing the inclusion of men, women, boys and girls into the gender concept will make the difference between a gender responsive agenda and another androcentric concept that sees any deviation from the adult male as ‘the other’.

Unpaid labour and the care economy. Although the July version of the NUA does not use the term “care economy” – in contrast to its two predecessors – it explicitly recognises women’s contribution to the urban economy and recognises all women, including the unpaid and domestic workers, as legitimate actors. Although this development is highly important to making women’s contribution to the day-to-day functioning of urban economies visible, it still does not tackle their double burden. Instead of promoting shared responsibilities within the household and the provision of public services, infrastructure and social protection, the female responsibility is taken for granted.

Finally, it must be said that, at least in terms of recognition of women’s roles and needs, there have been clear and conceptual advances in the NUA – a considerable win for women’s activism at the global level. However, as the Mexican delegation remarked in Surabaya:

“Merely stating the need to empower women and girls is insufficient. As is the advocacy for ‘sensitive’ gender policies. Both expressions, although undoubtedly well-intentioned, are extremely vague and do not provide to the public, the relevant sectors and actors, clarity needed to understand what governments are willing to carry out”.

That is, recognising women’s historic disadvantages and including gender-responsiveness in the text should be considered as a step forward in the direction of responding to the needs of women. However, it will not mean much unless such conceptual innovation is coupled with financing for implementation and a clear road-map to empowering women and girls, and men and boys, in cities. 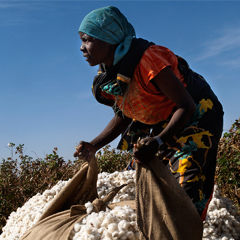 It is imperative that we, the gender-conscious, do not let gender-responsiveness be quietly swept under the rug of urban development for another two decades.