No Dragons Any More: Arctic Cities Are a Case of Ignored, Threatened Sustainability

The urban population is increasing in the circumpolar North. However, the challenges of cities, towns and settlements in the Arctic – located in some of the richest countries in the world – receive little attention. By Erik Berg

While the international media focuses on the drama of small island states in the Pacific and Indian oceans that are threatened by raising sea level, the challenges of cities, towns and settlements in the Arctic – located in some of the richest countries in the world – receive little attention. The eight member states of the Arctic Council are not prioritising urban problems, and the United Nations’ New Urban Agenda (NUA) refrains entirely from discussing the emerging challenges of the circumpolar North.

As recently underscored in an evaluation of the United Nations Human Settlements Programme (UN-Habitat), the UN – with 193 member states setting its agenda – has never prioritised urban development At the first Habitat Conference in Vancouver in 1976, attempts were even made to replace the concept of “city” with “human settlement.”

[28 March 2018] -- Extreme weather conditions in the Arctic limit human presence to relatively few cities and settlements. Some 80 per cent of the population lives in 400 communities that constitute 1 per cent of global population and 15 per cent of world land area. Indigenous peoples make up 10 per cent. They – as almost everywhere – move to cities where a majority already lives. Generally, the urban population is increasing in the circumpolar North. In Russia, new cities and towns are on the drawing board as new harbours and military bases are being developed along the northern coast. China recently announced its plan to create an ice-free “Polar Silk Road.”

The Arctic Council promotes cooperation, coordination, and interaction among Arctic states and its peoples. Permanent members include eight states and six organisations of indigenous peoples. Presently, the council manages six working groups; none deal directly with local government or urban development, and mayors are not represented directly. Eleven mayors took an important step in strengthening influence when they held an Arctic Mayors’ Forum in Fairbanks, Alaska in May 2017.  They reached an agreement to prioritise cooperation in sectors such as economic development, infrastructure, information technology, and climate adaption. The Forum met again early 2018 in Tromsø, Norway.

UN-Habitat has established an Arctic Cities Resilience Network that convened for the first time in Iceland last autumn. Mayors from larger Arctic cities met in Reykjavik, including Norwegian State Secretary Grete Ellingsen of the Ministry of Local Government and Modernisation. The network’s mandate is a resolution on Arctic Cities from 2008, submitted by Russia and adopted by the Governing Council of UN-Habitat. (2)

Climate changes manifest themselves in different ways in cities, towns and settlements across the Arctic. Three cases from Russia, the United States, and Canada reflect this variation.

The main problems for Russia’s Arctic cities are thawing permafrost and increased precipitation. From 1999 to 2013, soil temperatures have increased by almost 1 degree Celsius. Particularly hard hit is Norilsk, a city of 180,000 inhabitants 290 km north of the polar circle. Norilsk is also Russia’s most polluted city as a result of nickel production.

Cracking and collapsing physical infrastructure is an increasing challenge, in addition to widespread social problems such as alcoholism. According to local experts, housing for more than 100,000 people in Northern Russia is in danger of sudden collapse. In Norilsk, it is estimated that 60 per cent of all buildings are already deformed, while in the coal mining city of Vorkutsk it is 40 per cent. Greenpeace has documented that thawing creates thousands of breaks on oil and gas pipes, resulting in irreversible pollution of land, air, and water. In Siberia, at least seven giant craters have emerged with exploding methane erupting from the ground. These polluted conditions can cause the anthrax bacteria to develop, and a 12-year-old boy has died of contamination.

At the same time, Russia is expanding military bases and infrastructure for oil and gas exploitation. President Vladimir Putin has expressed doubts about man-made climate change and believes that increasing temperatures will benefit the nation. The news media hardly mentions the problem. Expenses related to prevention and repair would be enormous and could not be covered through normal budgets. (3)

In Alaska, the "refrigerator is left wide open"

For hundreds of years the Inupiat people have hunted and fished on the west coast of Alaska. The settlement Shaktoolik – situated on a sandbank between the Bering Sea and the Tagoomenik River – is facing critical threats from erosion and floods. Warmer temperatures in Alaska evolve at twice the speed compared to the rest of the United States. It is claimed that someone left the refrigerator door open.

State authorities have identified 31 towns that are at particular risk. Shaktoolik is among the top four, with inhabitants becoming climate refugees before 2050. The ice cover along the coast that protects the village from storms and massive sea waves is shrinking because of increasing temperatures, and some years it is entirely gone. Because of wave erosion, the sandbank loses 4,000 square meters per year. During the last autumn storm in 2015 Shaktoolik almost became an island, with ocean flooding and water level in the river increasing.

Threatened cities in Alaska have two alternatives. They could move to higher surroundings, which would cost an estimated USD 200 million. Or, they could remain and hope for financial resources to strengthen the coastline and buildings. Chances for new investments in schools, airports and oil tanks are small because of the danger of having to reverse the decision to stay. The Obama administration granted USD 400 million to upgrade physical infrastructure in coastal societies of Alaska, and so far USD 1 million has been received. With climate skeptic Donald Trump in Washington DC, there is little reason for optimism. Subsequently, young people are giving up hunting and moving. (4)

Following a referendum in 1995, Iqualit became the capital of Nunavut territory, with implied home rule for Inuits and control over local institutions. Iqualit became the hub around which Canadian efforts for indigenous people turned. Its population has since increased from 3,000 – mostly Inuits – to 8,000, of which half are Inuits. Even though Inuktikut is spoken by three quarters of Inuits, English has become the main language. The native language is disappearing, and with it a unique culture.

The Inuit way of life has changed dramatically because of immigration from all parts of the globe.  What Nunavut was meant to fight – Southern domination – has become the result. The median income for non-Inuits is USD 86,000 per year, while the income for Inuits is USD 19,900 (2014). The unemployment rate is 20 per cent, and the suicide rate has grown to one of the world’s highest at 63.9 per 1,000 inhabitants. Prevalence of family violence is high. A 2014 report shows that 40 per cent of adult Inuits have experienced sexual abuse as children. According to a recent Truth Commission, Inuits were sent to boarding schools where abuse was common.  Such abuse is a known tool for genocide.

Amid these traumas, the seal skin industry was a pillar for the Inuits and an opportunity for them to maintain and develop their ancestral culture. It was also a stable source of income, making possible the transition from semi-nomadic to permanent lifestyles. This breathing space, however, was of short duration. The ban against seal skin trading initiated by the European Union (EU) in the early 1980s led to  international demand collapsing. In one year, income for hunters fell from CAN 54,000 to 1,000. In Nunavut, poverty became the new normal: 7 of 10 Inuit children went to school hungry.

Iqualit is built on permafrost with houses on poles. Water and sewage pipes are constantly breaking. Building stock worth CAN 1 billion is at stake. As in other parts of the Arctic, massive investments are necessary. Thawing tundra and melting ice make the culture of hunting impossible as it has been practised for hundreds of years. The point of no return has been reached.

Developments in Iqualit and Nunavut are in the hands of conservationists far away. The Inuits have, however, begun a struggle for the rights and opportunities that home rule implies. The EU ban on seal skin trade is being challenged, Inuktikut-language schools for children are being established, and efforts to preserve traditional art forms such as throat singing, drum dancing, and storytelling are underway. The city has become the focal point of the struggle for the identity of an indigenous people. (5)

Geopolitics and geophysics meet in Arctic cities, towns and settlements. The region’s strategic military importance is coming to a head, with melting sea ice and new trade routes. Borders on continental shelves are in the process of demarcation. Some of the world’s largest energy and mineral reserves are found here.

Tourists with purchasing power are starting to grasp the uniqueness of the Arctic nature, wildlife, and immaterial and material world heritage, including architecture. Frost and the Northern Lights have become commercialised, implying employment and income opportunities for local populations. New mosques signal that migrants and refugees from Southern regions see opportunities. Arctic cities are the starting point for new investments in resource management and in economic, social and physical infrastructure, both on sea and land.

Information technology, with its lines and cables, is a driver for economic development. It also connects cities in the Arctic. More direct governance and forms of collaboration are emerging, including between cities across national borders, to regulate and control environmental, social and economic challenges. The direct dialogue between Kirkenes, Norway and Murmansk, Russia is probably more effective than the dialogue between the respective capitals of Oslo and Moscow. Cities and regions are important facilitators for Norway’s partnerships in the Barents Sea region.

While the most important decisions regarding the Arctic and its future are still made far away from its cities, new trends are evident: circumpolar cities stand out as stakeholders and problem solvers. New knowledge, research, and education institutions are fast emerging, and stronger, more varied business activities are following right behind. A global trend idescribed by Norwegian researchers Henrik Thune and Leiv Lunde is well reflected here: power moves downwards from state to local government, civil society, business and academia.(6) Such players are now strengthening their urban foundation, becoming standard setters in an intensified struggle of regional and global interest.

Data collection and analysis is an important normative task for UN-Habitat. As part of its flagship State of the World’s Cities series, plans are underway for a State of Arctic Cities Report.  Its main functions will be producing and collecting basic data and developing policy recommendations as well as goals for action at the city and regional level.

The report will fill vast information gaps and convene relevant stakeholders on all levels for exchange of experiences and knowledge. Given resource constraints and climate challenges in some of the Arctic countries, the report will also focus on future investment needs in relation to climate adaption and mitigation measures. Global interest in the Arctic would increase considerably through this UN report.

It is high time that the UN fulfills its full universal responsibilities and stops acting mainly as a North-South development organisation. Presently, innovative climate funds localising activities in the Arctic are lacking, and financial resources are certainly available in affluent Northern countries.  Putting one’s own house in order could have vast global implications, as we are all in the same boat. 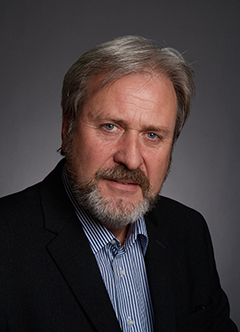 Erik Berg is currently Chair of Habitat Norway. He previously served as Urban Development Advisor, Ministry of Foreign Affairs (2005-13) in which capacity he represented Norway on the Board of the Cities Alliance (2007-12). The views expressed in this article are Erik’s personal views.