Cities Alliance has received a £3.9 million grant through a partnership between Comic Relief and Big Lottery Fund that will help improve the lives of over 400,000 slum dwellers in Monrovia, Liberia over the next five years.

[24 May 2016] -- Global partnership organisation Cities Alliance has received a £3.9 million grant through a partnership between Comic Relief and Big Lottery Fund. This will help improve the lives of over 400,000 slum dwellers in Monrovia, Liberia over the next five years.

Almost a quarter of the people in Liberia live in the slums of Monrovia. Every single day they face the challenges of living in poor housing, with inadequate water supply, and very little sanitation. Comic Relief and Big Lottery Fund are supporting Cities Alliance to improve the lives of slum dwellers by empowering local people and enabling them to create lasting change in their communities.

The 2014 Ebola outbreak had a devastating impact on Liberia. As well as those who lost family members, thousands of people lost their jobs and livelihoods. The project will mobilise slum dwellers and equip them to improve their own lives. Access to community grants will support slum upgrading including improved sanitation and the creation of affordable housing, as well as helping people to set up their own small businesses. Communities will also be supported to create vibrant local associations so they are better able to demand and achieve long term improvements in their living conditions from local authorities.

Cities Alliance will work with its member organisations to deliver these initiatives, including Habitat for Humanity International; UN-Habitat; Women in Informal Employment: Globalizing and Organizing and Shack/Slum Dwellers International.

The funds have been awarded through the partnership between Comic Relief and the Big Lottery Fund announced in March 2015, which aims to bring change to the lives of vulnerable people across some of  the poorest communities in Africa, and better understand the wider benefits collaboration can have on the sector.  The next phase of the partnership will focus on improving  the health of mothers, babies and children.

Peter Ainsworth, Big Lottery Fund UK Chair, said: “This vital funding will help communities in Monrovia recover from the impact of the Ebola outbreak. The project will mobilise slum dwellers and equip them to improve their own lives. They will document conditions in slums, advocate for improvements and have access to small community grants and also work with local and national governments to help drive long-term change. An ambition of this exciting partnership is to learn about the opportunities and benefits of funder collaboration.”

William Cobbett, Director of Cities Alliance says: “Alongside delivering practical improvements in people’s lives, a key part of this project is that slum dwellers will be assisted in documenting their living conditions. The findings from this will help influence wider governmental policies on slums and cities throughout Liberia helping to improve the lives of more people living in poverty. The mobilisation of both public and private resources is essential to the long-term future of Monrovia.”

The Big Lottery Fund is the largest funder of community activity in the UK. It puts people in the lead to improve their lives and communities, often through small, local projects. It is responsible for giving out 40% of the money raised by National Lottery players for good causes. Every year it invests over £650 million and award around 12,000 grants across the UK for health, education, environment and charitable purposes. Since June 2004 it has awarded over £8 billion to projects that change the lives of millions of people. Since the National Lottery began in 1994, £34 billion has been raised and more than 450,000 grants awarded.

Comic Relief is a UK charity, which aims to create a just world, free from poverty. To date, Comic Relief has raised over £960million. That money has helped, and is helping, people living incredibly tough lives, both at home in the UK and across the world.

The first ever Red Nose Day in 1988 raised a staggering £15million. To date, 14 Red Nose Days have raised more than £700million.

For information about Comic Relief and the work it carries out, please visit www.comicrelief.com

Cities Alliance is the global partnership for poverty reduction and promoting the role of cities in sustainable development.

Partnerships are critical to achieving the 2030 Agenda for Sustainable Development. We bring together organisations with different perspectives and expertise on city issues around common goals: well run, productive cities that provide opportunities for all residents. Our members include multilateral development organisations, national governments, local government associations, International NGOs, private sector and foundations, and academia.

The Cities Alliance Secretariat is based in Brussels, and is hosted by the United Nations Office for Project Services (UNOPS). 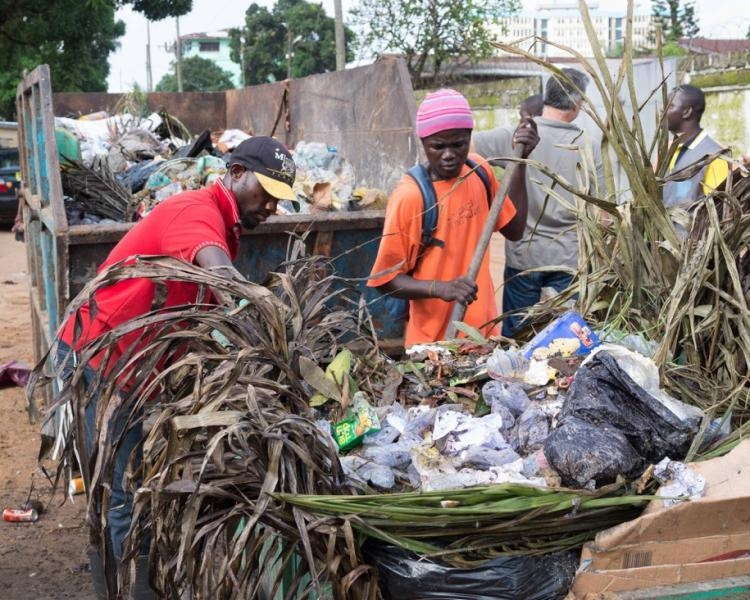 The project will mobilise slum dwellers and equip them to improve their own lives.