Modernizing land governance in the Democratic Republic of Congo

Our grantee IRDAC is allying the use of drones with a participatory process to formalise property and customary land rights for communities in Kasangulu.

The city of Kasangulu, Democratic Republic of the Congo (DRC), is the closest city to Kinshasa, a megalopolis with a population of 15 million. Kasangulu faces the outbidding of land transactions caused by growing land pressure on a population composed mostly of poor farmers whose property rights are not secured. The city is also struggling with a lack of data and unclear land relationships that create conflict.

A grant from Cities Alliance Innovation Programme,  is supporting the project Drones pour la clarification foncière et l’autonomisation des femmes (Drones for Land Clarification and the Empowerment of Women) to create a participatory process to formalise property and customary land rights for communities which are members of RADEKAS, a network of community-based development associations in Kasangulu.

The project organized the first multi-stakeholder dialogue on land governance in Kansagulu, informed by a stakeholder mapping conducted to identify the actors involved in land issues in the city. The stakeholders committed to continuing the dialogue initiative on a permanent basis.

The project is also using drones to collect data on the settlements and to create a digital cadastral database of the designated areas. Local young people and land agents were trained to use the drones, and the information collected will be used to support land title applications in the communities covered by RADEKAS. It aims to particularly benefit women, who will receive support to use the land title to obtain micro credit loans to start income-generation activities, thereby demonstrating the benefits of land titling for inclusive development.

For wider impact and to encourage replication, the project will hold presentations and workshops at the provincial and national levels to raise awareness of its activities and the role it can play in national land reform.

The activity is an innovative way to reduce land conflict by integrating technology with community engagement and capacity building.

Check out this 2-pager highlighting key lessons learned and achievements so far, and providing information on the way forward. 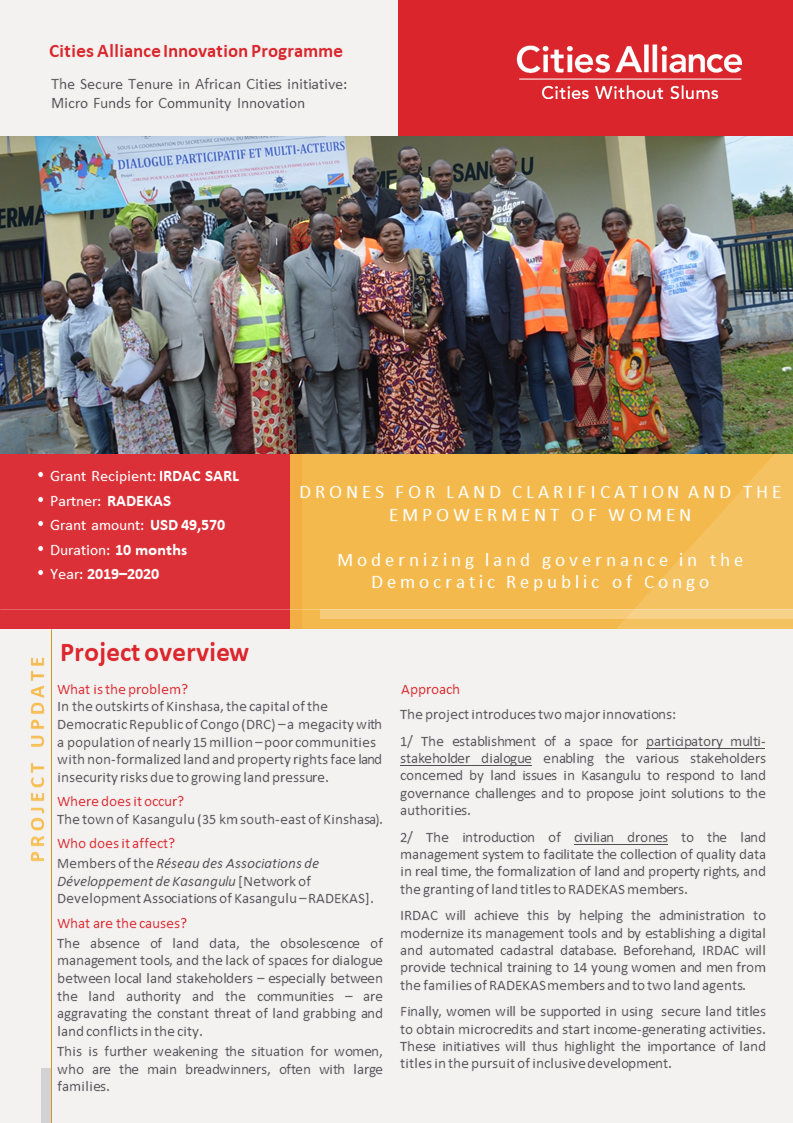