Climate Change is one of the most pressing challenges of our times. Cities are being greatly affected, with more than half of the world’s population living in urban areas, of which nearly a billion in slums. 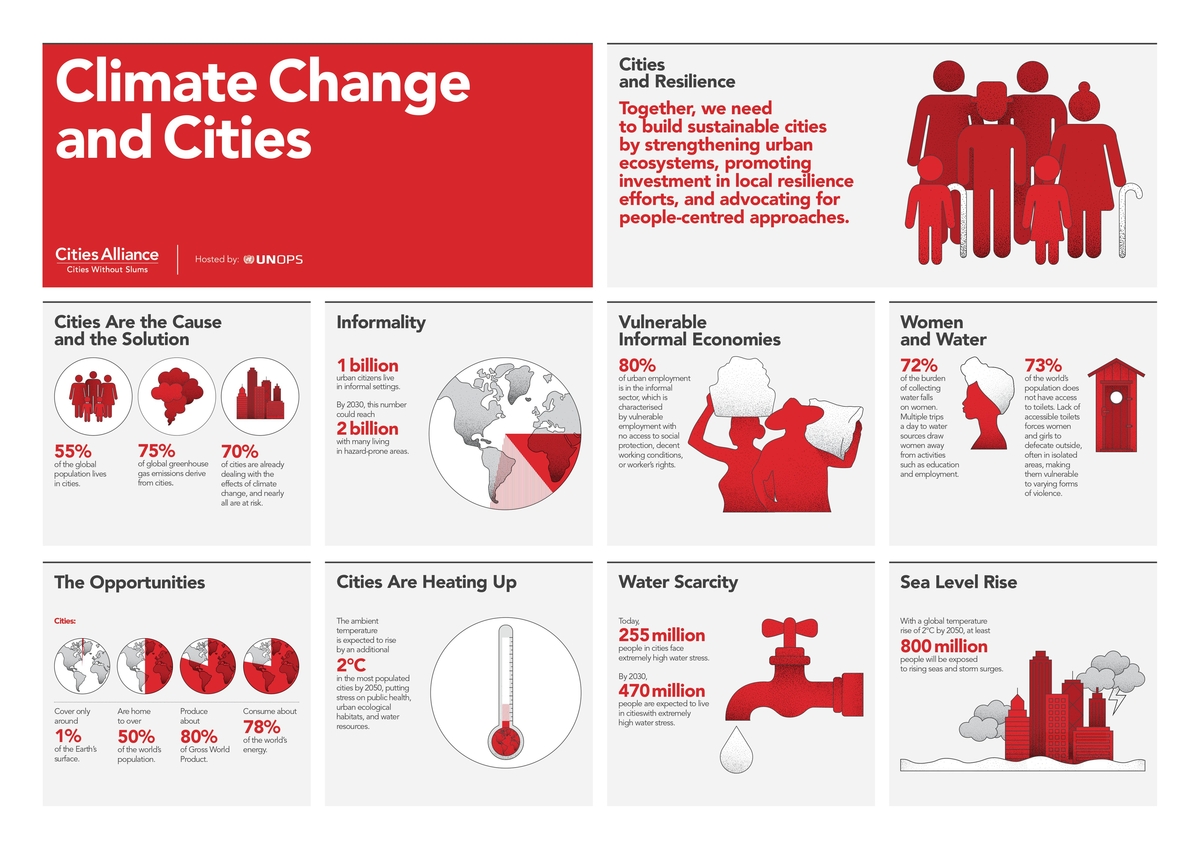 In general, city dwellers live in areas most prone to the effects of climate change. The people who contribute the least to climate change will be impacted the most by its effects. 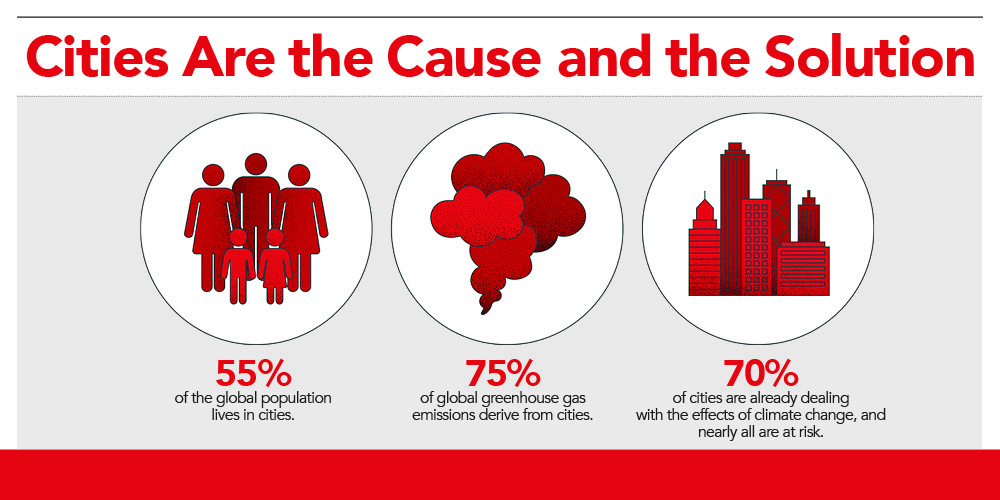 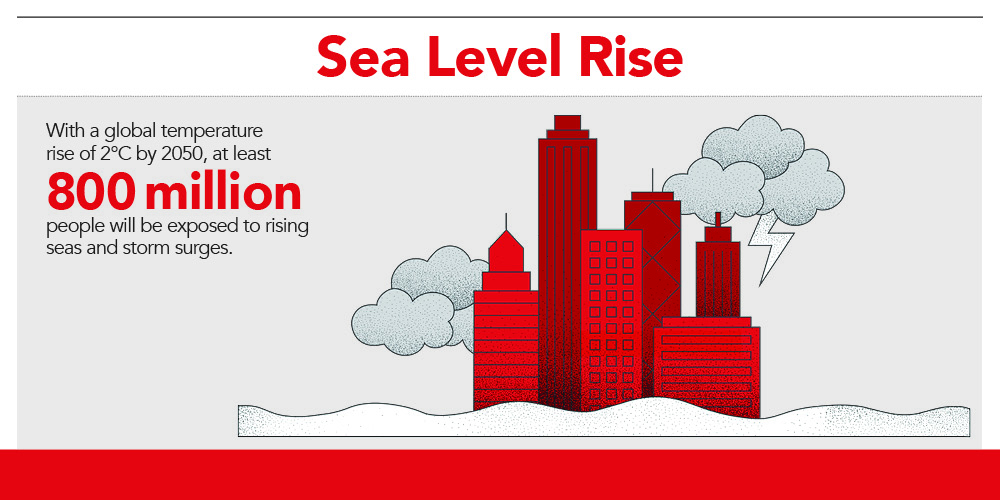 While cities should be centres of opportunity, innovation & economic growth, too often it is slum dwellers, informal traders, and residents of vulnerable settlements that bear the brunt of environmental risks. 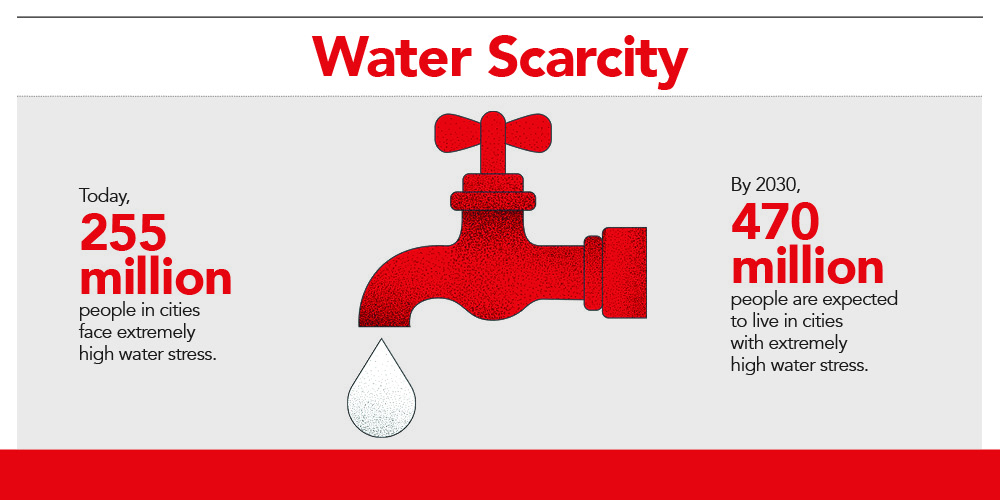 25% of the world’s population faces extremely high levels of baseline water stress with a sharp decline in groundwater sources. Climate change is not the cause of the global water crisis but it reveals existing underlying threats to urban water security. 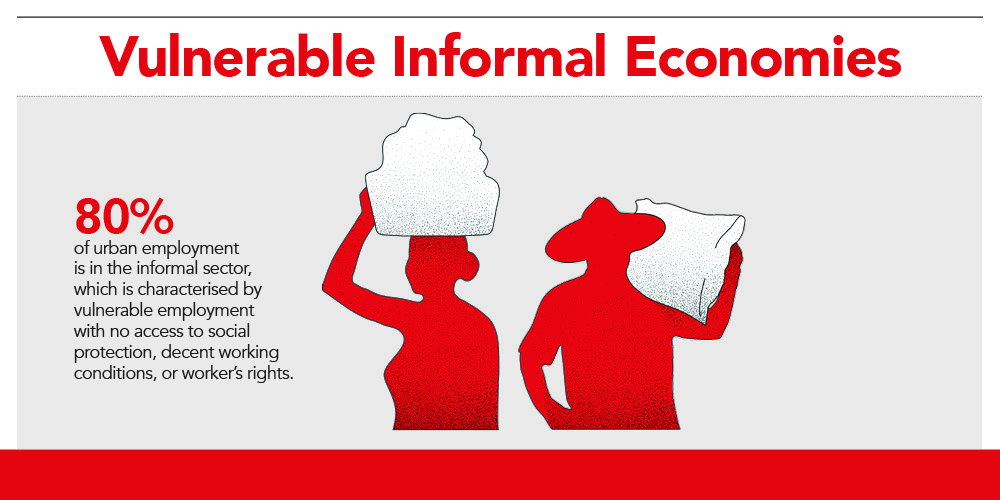 In the fast-growing cities of developing countries, the economy is dominated by informal activities that are often unrecorded and unregulated. Because of this dominance, the informal economy plays a key role in the urban response to climate-induced stresses. 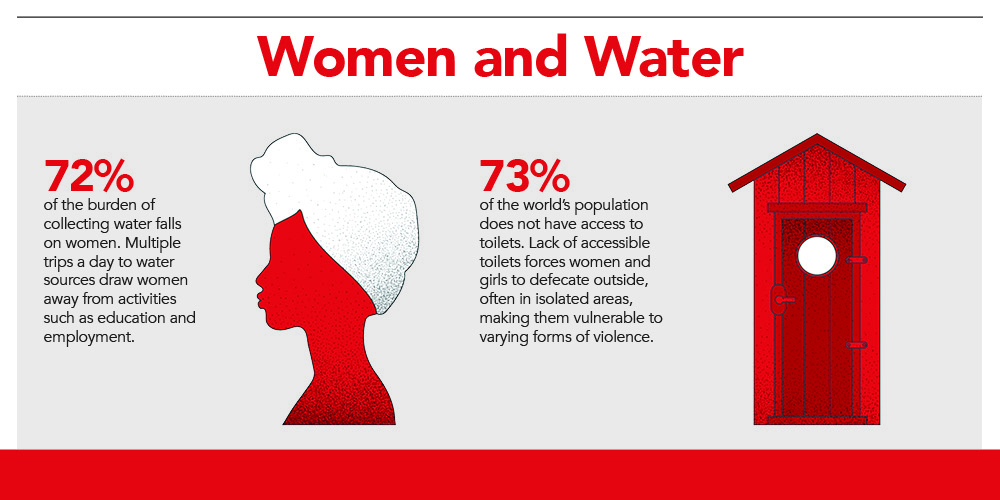 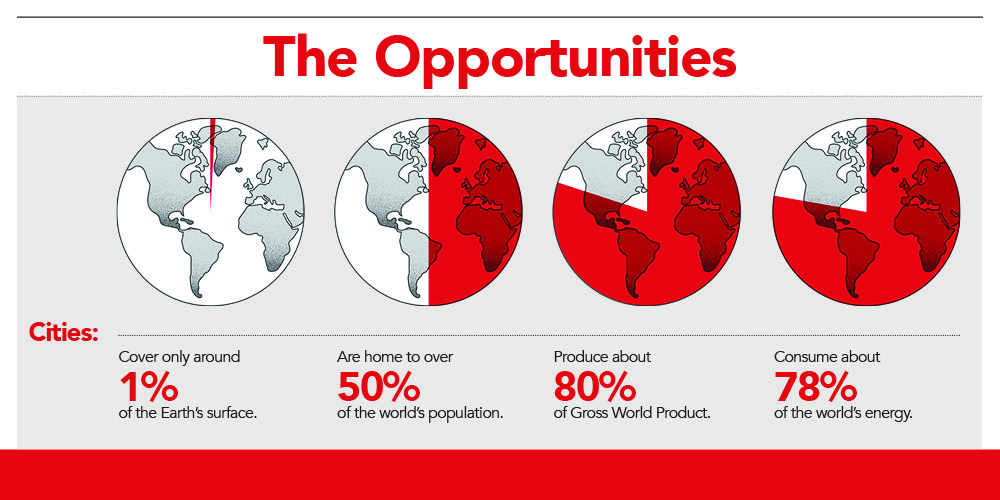 75% of the urban infrastructure of 2050 is yet to be built, which will mean extensive demands in infrastructure investments over the next decades. Cities need to prepare to become more inclusive, green, and accessible to all citizens. 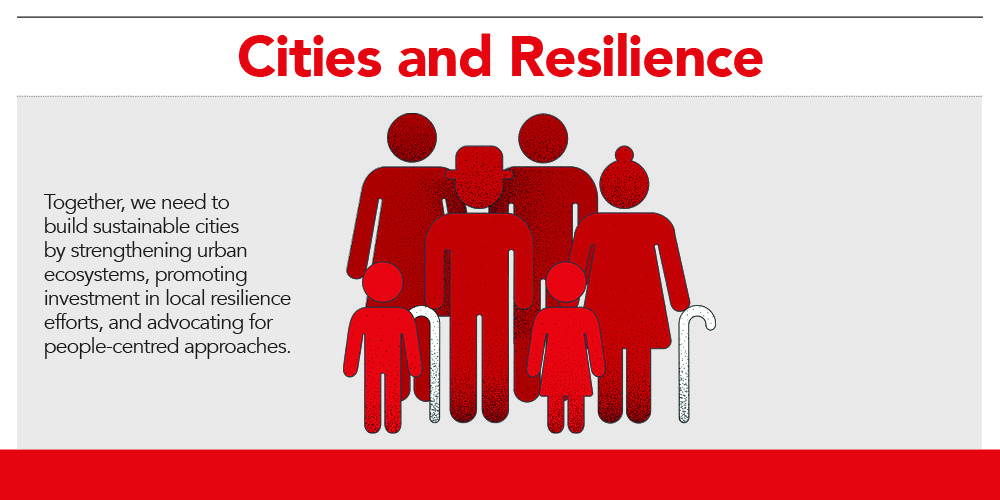 Cities need resilient environmental, social, & economic systems that can withstand shocks and stresses. Cities should be centres of opportunity and economic growth for all. Empowered communities can provide a collective response to climate change challenges. 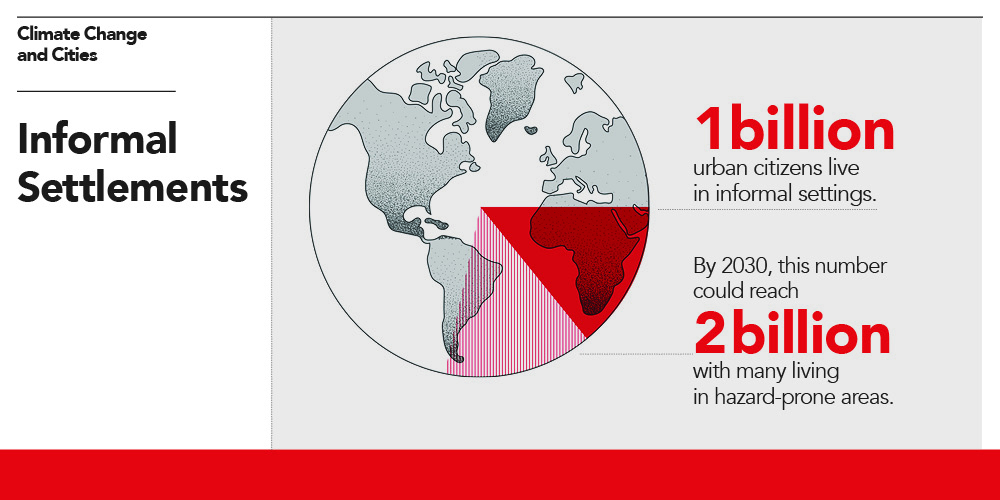