Toolkit on the Right to Adequate Housing 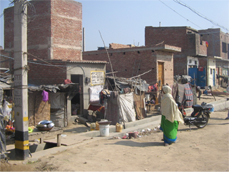 March 22, 2012 - Adequate housing refers to the right of every woman, man, youth and child to gain and sustain a safe and secure home and community in which to live in peace and dignity. Adequate housing was recognized as part of the right to an adequate standard of living in the 1948 Universal Declaration of Human Rights and in the 1966 International Covenant on Economic, Social and Cultural Rights. Other international human rights treaties have since recognized or referred to the right to adequate housing or some elements of it, such as the protection of one’s home and privacy.

Despite the central place of this right within the global legal system, well over a billion people are not adequately housed. Millions around the world live in life or health threatening conditions, in overcrowded slums and informal settlements, or in other conditions which do not uphold their human rights and their dignity. Further millions are forcibly evicted, or threatened with forced eviction, from their homes every year.

The challenge of adequate housing for all, compounded by rapid urbanization and the growth of cities has drawn increasing international attention by several organizations including the Cities Alliance partnership, human rights treaty bodies, regional human rights mechanisms and the Commission on Human Rights (now replaced by the Human Rights Council), which created the mandate of “Special Rapporteur on adequate housing as a component of the right to an adequate standard of living” in 2000.