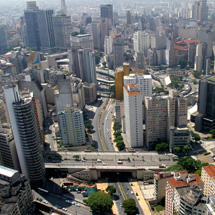 The Cities Alliance approved a proposal to co-finance the first State of Latin America and Caribbean Cities Report.

Every two years, UN-Habitat prepares a State of the World’s Cities Report that outlines the main characteristics of urban growth and development worldwide. Because Latin America and the Caribbean is the most urbanised and decentralised region in the developing world, UN-Habitat has also decided to support the preparation of a separate report in interim years that focuses specifically on the region.

The State of Latin America and the Caribbean Cities Report aims to provide key information and data to help national and local governments formulate policies that promote sustainable urban development. There will also be an emphasis on economic issues, the causes of urban poverty, and urban environmental issues.

The content of the report will draw on the main characteristics of the region: an overall high level of urbanisation, decentralisation of responsibility to the local level, and inequality in income as well as access to urban services.

The Cities Alliance will contribute $191,000 towards the activity, which will be implemented by the UN-HABITAT. The proposal was submitted to the Cities Alliance by the Federación Latinoamericana de Cuidades, Municipios y Asociaciones (FLACMA), and the Assembly of Ministers of Housing and Urban Development of Latin America and the Caribbean (MINURVI) with the sponsorship of UN-HABITAT, the Ministry of Cities of Brazil and the Ministry of Housing and Urban Affairs of Chile. It was formally approved by the Secretariat on 24 August 2009.

Initial findings and key messages are expected to be launched presented and discussed at the World Urban Forum in Rio de Janeiro, Brazil in March 2010.