With a grant from Cities Alliance, Transparency International, Acción Ciudadana and its partner, the Guatemalan Ombudsman for Human Rights, have piloted a systemic approach to providing safe, efficient public transportation in Guatemala City.

[23 April 2017] -- Every day in Guatemala City, about two million people (two thirds of the city’s population) ride the bus.  For many, it is not a safe journey. The bus system in Guatemala City is widely considered to be one of the most dangerous public spaces in the country; it is notoriously rife with violence, including sexual abuse, extortion, bribery, and bus drivers overcharging for fares. It is so bad that the system has come to serve as a symbol of the ineffectiveness of public institutions to deliver a critical basic service.

The problem is not new.  In 2009, the state invested millions of dollars into fixing Guatemala City’s bus system by contracting private companies to provide new buses and bus lines and to improve security infrastructure, including security cameras along major bus routes.

That state investment of tens of millions of dollars did not lead to significant change.  A 2013 report by the independent Guatemalan watchdog Acción Ciudadana, a national chapter of Transparency International, found that the subsidies going to the private sector were being siphoned off by corrupt actors. As a result, many of the new buses and bus lines paid for by the state never materialised, and the security system provided along the routes was faulty and incomplete.

When Acción Ciudadana published that report, it received numerous death threats, according to the organisation’s leadership.  Despite the careful research and courage it took to publish those findings, little changed in terms of the political will to tackle the problem of corruption and weak accountability of the public transportation sector.  Until now.

Two years ago, the president of Acción Ciudadana met with staff from the Transparency International Secretariat to consider ways to tackle the issue.  If the question is a matter of political will, how do you get elected officials to act?  The idea that emerged was that Acción Ciudadana needed to do something to visualise the problem and engage affected people, communities and other stakeholders to find solutions.

With a grant from Cities Alliance, Transparency International, Acción Ciudadana and its partner, the Guatemalan Ombudsman for Human Rights, have been able to pilot a systemic approach to provide safe and efficient public transportation in Guatemala City, fully in line with Sustainable Development Goal 11.

The approach is a multi-faceted one. It works with bus drivers, bus riders and other key stakeholders to capture data that enables visualisation of the impact of poor, insecure delivery of public transportation on people’s lives. Then, it uses that data and picture of the problem to mobilise key government actors to fix the system in both the short and longer term.

Data is collected through an online platform called Transporte Seguro that collects reports by victims and witnesses of corruption, service or security problems and maps those problems along bus routes throughout Guatemala City and outlying communities.  Reporting is done anonymously by cell phone, text message, online, snail mail, and in person.  Both the platform and results are public, communicated through social networks and a monthly press conference held by Acción Ciudadana.

Before the platform went live in July 2016, Acción Ciudadana worked closely with the municipality of Guatemala City to ensure that the city would be responsive to reports of serious corruption, service or security issues.  The organisation and the municipality signed a memorandum of cooperation stipulating that the city would provide regular, timely responses to the reports received from the chapter.

Since July, the project has brought about many quick wins and generated political will for more systemic reform.  It has led to more than 60 fines of bus drivers who were overcharging passengers.  In addition, the project identified that the Transurbano, one of the newest bus lines and thought to be the most corruption free due to its electronic fare system, was allegedly rigging electronic fare cards themselves to overcharge passengers.  This led to a court case that remains ongoing.

As a result of advocacy by Acción Ciudadana, the Guatemalan national government has agreed to include a commitment to making the financial streams of public-private partnerships – such as that which subsidises the private delivery of buses and security infrastructure along bus routes – more transparent and accountable in its new Open Government Partnership National Action Plan.

Also, numerous bus owners and mayors from municipalities outside of Guatemala City are reaching out to Acción Ciudadana to learn how to extend the platform to bus systems served by their communities.
Perhaps most importantly, through the project Transparency International is showing people directly affected by weak governance and corruption how to be part of the solution, and how they can help change political will by sharing their own accounts of the problems they face.

Looking ahead, Transparency International and Accion Ciudadana are planning to reach out to women’s rights associations and other groups. Hopefully, by next year the organisations will be able to report many more systematic changes as a result of collective action between affected populations, government reformers, civil society and the private sector actors.

Why this matters beyond Guatemala

The poor, who lack resources for alternative transportation modes and typically live outside the city centre, are the most affected by weak public oversight of the public transportation sector. Women and girls are especially impacted. In Latin America, a region suffering from a high degree of corruption and the most rapid urbanisation rate in the world, providing the safe, adequate public transportation is a citizen safety imperative. It is also a key to reducing poverty; efficient, secure transportation allows greater access to jobs and services, especially for the poor, and promotes economic development. 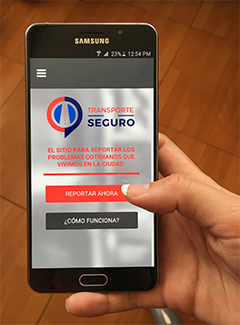 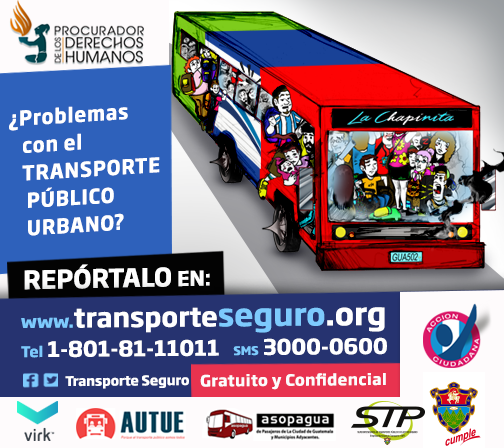 Target 11.2: by 2030, provide access to safe, affordable, accessible and sustainable transport systems for all, improving road safety, notably by expanding public transport, with special attention to the needs of those in vulnerable situations, women, children, persons with disabilities and older persons.