The deadline for cities to apply to host the 2018 Cities and Climate Change Science Conference has been extended to January 31, 2017. This key event, co-sponsored by the IPCC, will further develop the scientific understanding of climate change and cities.

The deadline for cities to apply to host the 2018 Cities and Climate Change Science Conference has been extended to January 31, 2017. This key event, co-sponsored by the IPCC, will further develop the scientific understanding of climate change and cities, in support of the implementation of the Paris Agreement, the New Urban Agenda, and the Sustainable Development Goals.


[12 January 2017] -- The 2018 Cities and Climate Change Science Conference co-sponsored by the IPCC, promises to be a pivotal event in developing the global understanding of cities and climate change. Cities interested in hosting the conference have until 31 January 2017 to submit their applications.

This conference was decided by the Intergovernmental Panel on Climate Change (IPCC) during its last session in Bangkok in October, on the same day that the New Urban Agenda was adopted in Quito. Supported by a diverse group of urban and scientific organisations identified as #CitiesIPCC – C40, Cities Alliance, ICLEI, Future Earth, SDSN, UCLG, UN-Habitat, UN Environment and WCRP – the conference will advance scientific investigation on climate change and Cities. Its outcomes will help member states, mayors and citizens to deliver on the ambition of the Paris Agreement, the New Urban Agenda and the Sustainable Development Goals.

“We are entering a new era for cities” said Debra Roberts, Co-Chair of the IPCC Working Group II. “Cities are the real opportunity to bend the curve – whether it’s on ambitious adaptation or mitigation action, they are the location where the action materialises, where the decisions on resource flows are made. In the next 20 to 50 years, all big developmental decisions will be made in cities, so we need the global scientific debate to reflect more deeply on the finer, more nuanced scale of cities. The 2018 conference on climate change science and cities will be an exciting process of policy, science and practice evolving together.”

The 2018 Cities and Climate Change Science Conference will bring together representatives from academia, research organisations; concerned member states of the United Nations; city and regional governments; and urban and climate change practitioners, to identify existing research and gaps, and generate new data and research on climate impacts and solutions at local level. Its outcomes will inform the upcoming IPCC reports and ultimately support cities and citizens to build low-carbon, climate-resilient and sustainable cities.

Hosting this milestone conference will be a huge opportunity to increase local awareness of climate change, and generate support for climate action in cities. It will also provide the host city a global platform to showcase their own research and new solutions to improving the social, public health, and environmental life of their citizens.

#CitiesIPCC calls all cities recognised for their climate leadership to submit their proposals to host the Conference by 31 January 2017, and strongly encourages applications from the Global South.

Applications to host the 2018 Cities and Climate Change Science Conference must be sent to: citiesipcc@c40.org 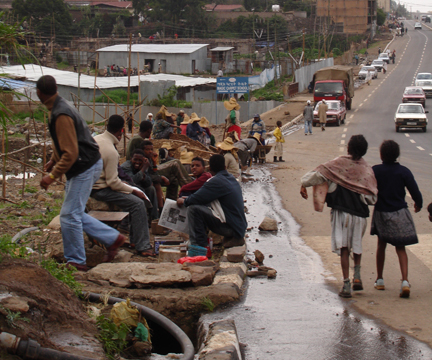 All cities recognised for their climate leadership are encouraged to submit proposals to host the conference, especially applications from the Global South. Photo: Chebyshev1983

Cities interested in hosting the 2018 international conference on cities and climate change are invited to apply by 31 January  2017.

From Bangkok to Quito: Cities at the Forefront of Our Sustainable Future