The Cities for Women Global Programme aims at increasing girls’ and women’s engagement in urban development and governance through a participatory approach, applying a cyclical, reflexive process of exploration, co-creation, experimentation, and evaluation in all its activities and projects.

To do so, Cities for Women is undertaking a series of pilot projects in selected cities by using participatory local action research tools, identifying key priorities for women in the city, developing concrete responses and pilot actions as well as ensuring cross-support and gender mainstreaming actions, supporting Cities Alliance's country teams' projects and initiatives.

How does the Urban Assessment Framework through a Gender Lens work ?

Cities Alliance has developed an Urban Assessment Framework through a Gender Lens, a tool to help local stakeholders gain a first understanding of the current engagement of women in the various dimensions of their environments. The Framework contains 6 main phases which are cyclical and flexible, meaning the different elements can be sequenced and structured according to the attributes of the stakeholders’ urban environment, resources and preferences. 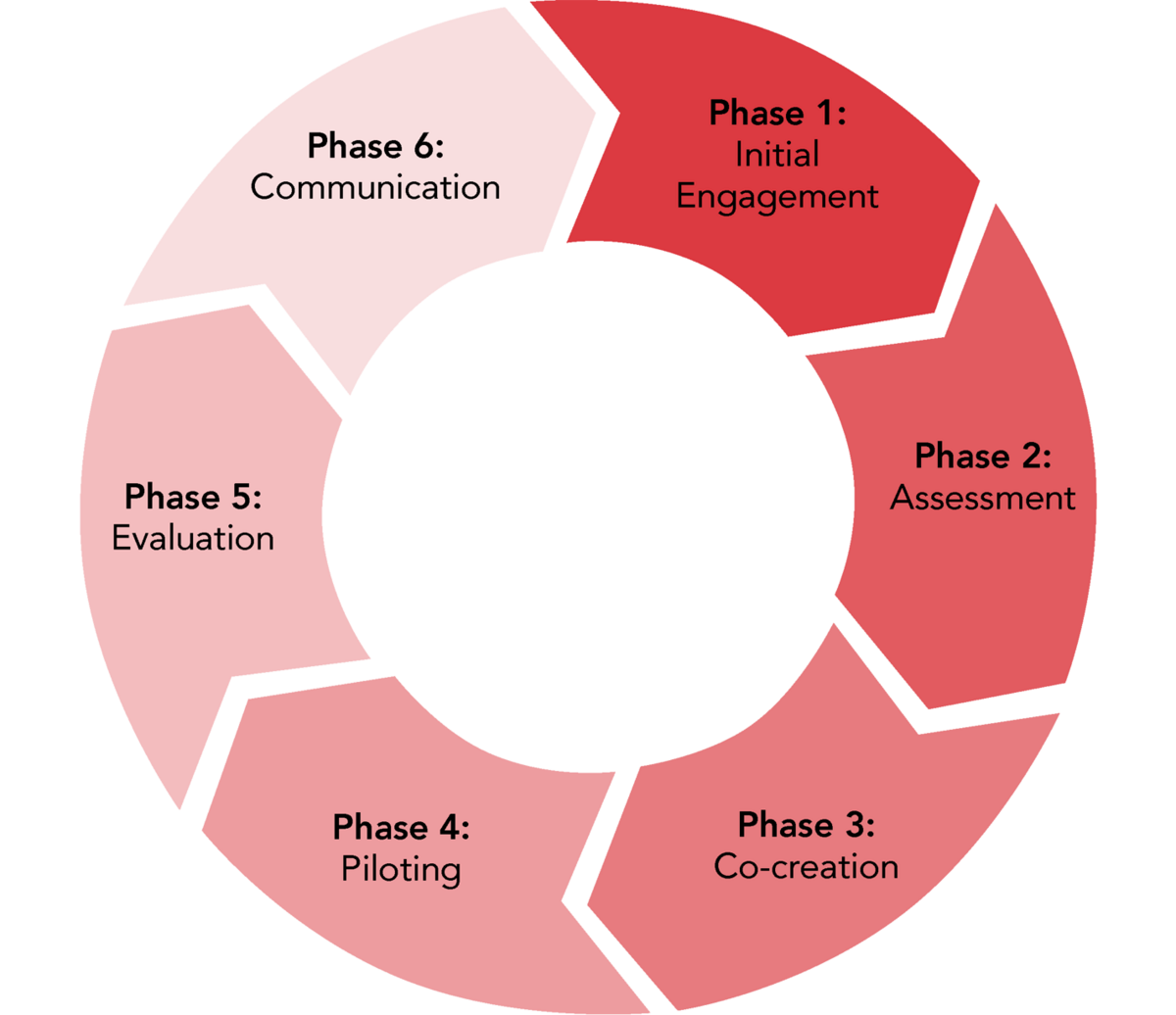 Cities for Women uses this framework to develop Women’s Engagement City (WEC) profiles, with an approach that aims at engaging women and women’s organizations in planning for their future in the city. The WEC profile is a way of describing the extent to which an urban area is gender-responsive and of representing the nature of women’s engagement in the city. It is designed to be adapted according to the context and the objectives for each city.

With the assistance of the African Development Bank, UNOPS is supporting the Government of The Gambia to create a Digital Urban Plan for its capital city and surroundings, the Greater Banjul Area. The Urban Plan will drive the city's development for the next 20 years in terms of land use and infrastructure.

Cities Alliance is supporting the Greater Banjul 2040 plan by providing guidance, tools and technical assistance to make the Urban Plan a tool of women's social and economic empowerment.

Cities Alliance and UNOPS Gambia have organized a series of online and offline engagements with local stakeholders to include a gender perspective and women’s demands into city policies and planning. As of result of these engagements and workshops, a report has been finalized (Planning For Inclusive Greater Banjul), which will inform the Digital Urban Plan due in July 2021. 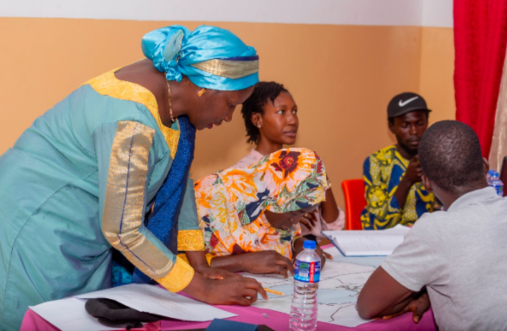 While Liberian women play a huge role in shaping the social, economic and political landscape of the country, their empowerment on the ground is yet to happen. This is evident in the low literacy rate (41% compared to 51 % for men), high rate of maternal mortality, the fact that seventy-four per cent of all female workers in Liberia is informal labourers, high rates of gender-based violence, and women’s restricted mobility in the city.

Since 2017 the Cities Alliance Country Programme is supporting the production of a city development strategy (CDS) for the Greater Monrovia Metropolitan Area, providing a long-term and strategic framework for the city and its citizens. The CDS process is an opportunity to better understand, reflect upon and implement the needs, expectations, capacities and will of women in all age groups.  Their full inclusion is crucial to achieving sustainable urban development.

Cities Alliance organized a workshop gathering local stakeholders, with a focus on women-organizations from informal communities, to share experiences, knowledge and perceptions on the current engagement of women in the various dimensions of their environments. A report (Women Transforming Monrovia) has been finalized and it will inform the CDS for the Greater Monrovia Metropolitan Area, as well as specific COVID-19 response actions in informal settlements. In response to women's needs expressed during the consultations, the Cities for Women and the Informality Global Program of Cities Alliance are building water kiosks in three informal settlements in Monrovia and Paynesville to ensure access to safe and reliable water supplies and sanitation (Video: Women Transforming Monrovia, Infographic: Empowering Women through Water). 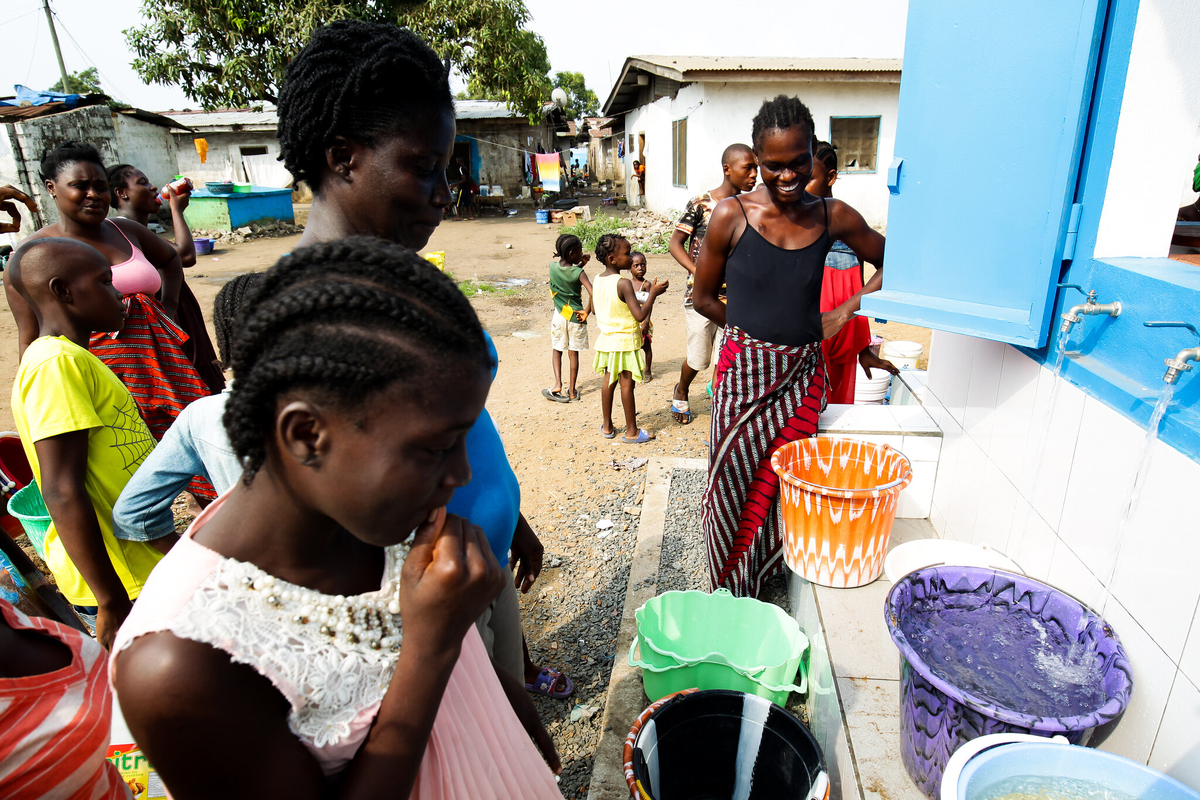 How Women Experience the City

Prior to the construction Cities Alliance commissioned a gender audit in the three communities carried out by the Federation of Liberia Urban PoorSaver (FOLUPS). Gender mapping, safety audit checklists and community walks (News: Gender Mapping in Three Informal Communities) are some of the tools that have been used in order to collect the experiences, stories and needs of around 100 women and girls of these communities.  One of the key takeaways of the gender audit is to establish programmes to upgrade the knowledge on gender mainstreaming, leadership and good governance, and improved environmental sanitation will all help improve and upgrade these communities. Following these activities, a report has been finalized, which presents the key findings of the gender analysis and proprieties for empowering women and girls living in informal settlements (Liberia: How Women Experience The City).

Kathmandu: A City for Women

Despite having different scales and types of public spaces with considerable women engagement in the past in traditional core areas of Kathmandu, the newly expanding city lacks public spaces that include the current day needs and necessities of women in general. The limited number of open spaces often lacks streetlights and security provision (CCTV camera/security personnel) that questions the safety of women at night times when there are maximum chances of increased crime rates. There are very few public toilets and those that are there are rarely provided with water supplies and sanitation facilities. This has been discouraging females to use parks and other public amenities. The public buildings are also often gender blind that shut eyes to the requirements of women and people with disabilities. The limited public transportation is another factor that adds to limiting women to use public spaces in the given time frame only.

In the framework of the post-earthquake and post-COVID recovery, UNOPS Nepal and Cities Alliance planned a series of laboratories in Nepal bringing national and local institutions, women-led organizations, and other key stakeholders to collectively explore potential ideas for women empowerment in urban planning and policy and to think together about the city they want in the future.

As a result of these laboratories, a report (Kathmandu: A City For Women) was finalized. Subsequently, UNOPS and Cities Alliance will participate in the development of women-led infrastructure and gender-sensitive planning in Nepal. 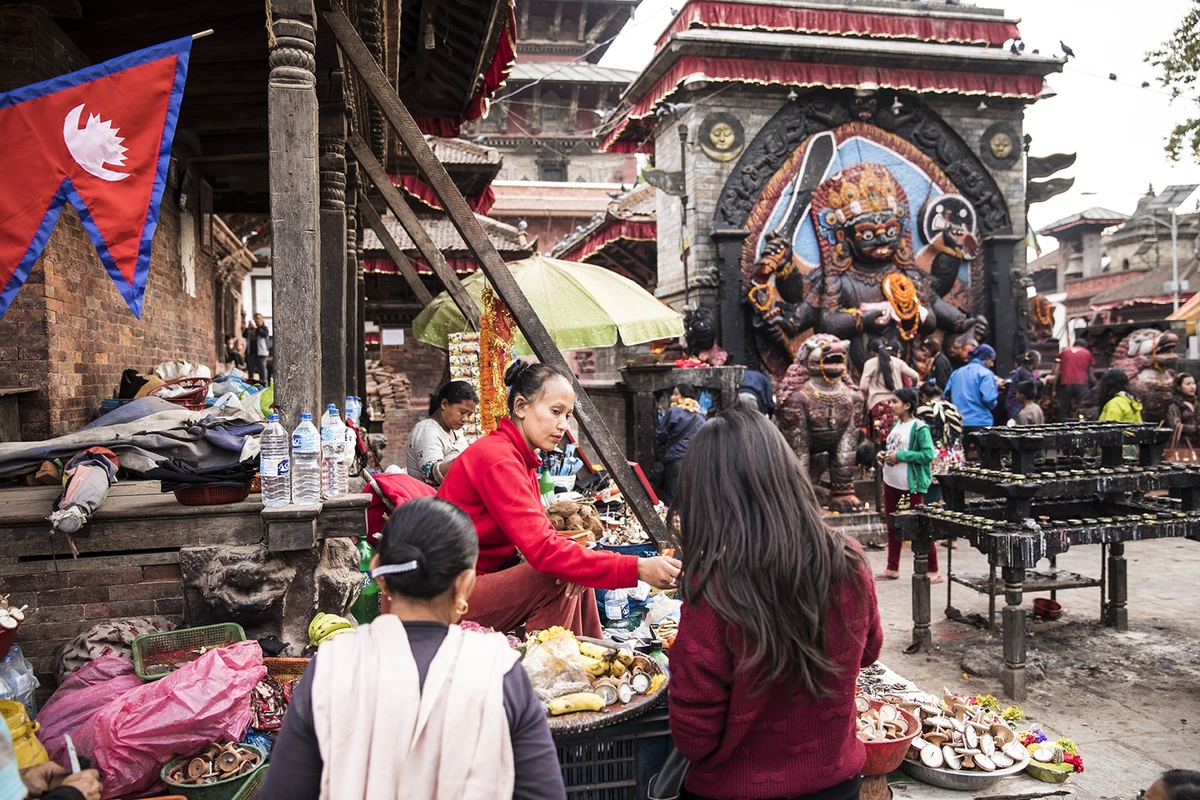 Public spaces in Tunisia have been instrumental in providing avenues for women to be equal participants in the cultural and political transformation of their Country and communities. In this sense, looking at public space through a gender lens allows for greater insight into how half of the world's population participates in community and cultural life.

An opportunity for doing this is the Medina of Tunis. Urban services in the Medina are lacking and almost all the housing stock and public spaces need to be rehabilitated. The poor conditions in which most of the Medina population live prompted a move towards the periphery of Tunis and thus the Medina slowly started to lose its inhabitants. The involvement of the local community and women in the process of urban renewal is necessary in order to create spaces that reflect the stories and needs of people who live there. In addition to ensuring adequate consideration of gender equality and the socially vulnerable, we also need women participating in the projects with a sense of agency. ​

Therefore, the Medina needs to make ‘woman-friendliness’ a central part of its urban regeneration. The Femmedina project, funded by USAID, includes:

First Component: A participatory assessment of the economic, politic-institutional, spatial and civic-cultural aspects of women’s participation in the Medina of Tunis and the definition of policy and planning recommendations.

Second Component: The provision of women-led services and public space in the Medina of Tunis

Third Component: A city-to-city exchange to share the approach and result of the Tunis activities with other Tunisian cities 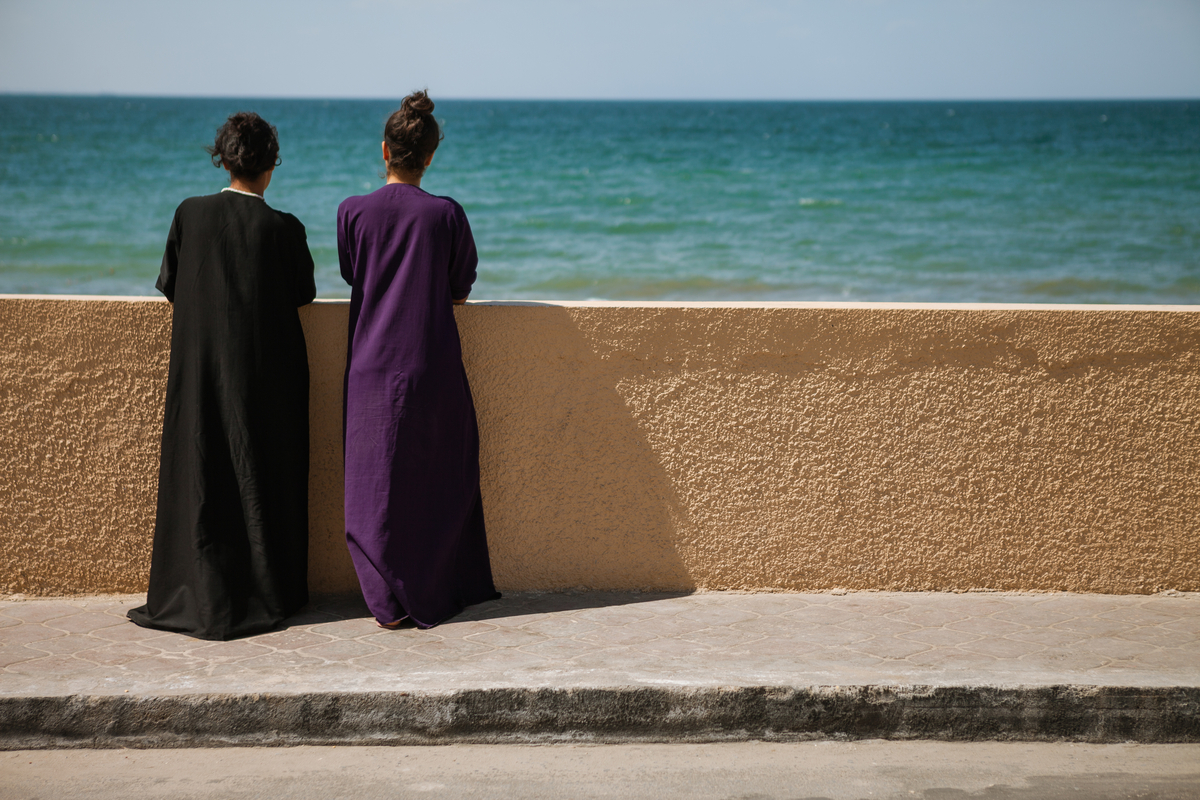 Aswat Nissa, in partnership with Cities Alliance and Heinrich-Böll Stiftung, has launched a project entitled "Improving gender mainstreaming in local public policies" for the municipalities of the city of Béja and Médenine.

The project is driven by the objective of reducing gender inequalities in the Tunisian context of decentralization of powers. It will make it possible to identify the specific gender needs of the two municipalities and to encourage the participation of women in the various decision-making processes while seeking close collaboration and involvement of the municipalities. Ultimately, the project aims to promote a culture of gender equality in Tunisia by supporting female leadership at the local governmental level.

A study (Report: Gender Analysis in Médenine and Béja - Tunisia) was undertaken as part of this project which analyzes the process of gender mainstreaming in local policies by presenting the results of two surveys conducted among citizens and local elected officials in Médenine and Béja and identifying measures to reduce gender disparities within the city of Médenine and Béja. Following these studies, two policy briefs have been developed focusing on Béja and Médenine, and they include, among others, recommendations to strengthen gender mainstreaming in the community planning process and to combat all forms of discrimination and violence that vulnerable populations and especially women in the commune may experience.

As a continuation of this project, the city of Médenine has opened a street (News: The launch event in Médenine) that has been transformed by young local artists to raise awareness of gender violence through street art, to engage citizens in the fight against gender violence, and to highlight the role played by cities in implementing the law 58. The street will be officially named after Law 58, on the elimination of violence against women. 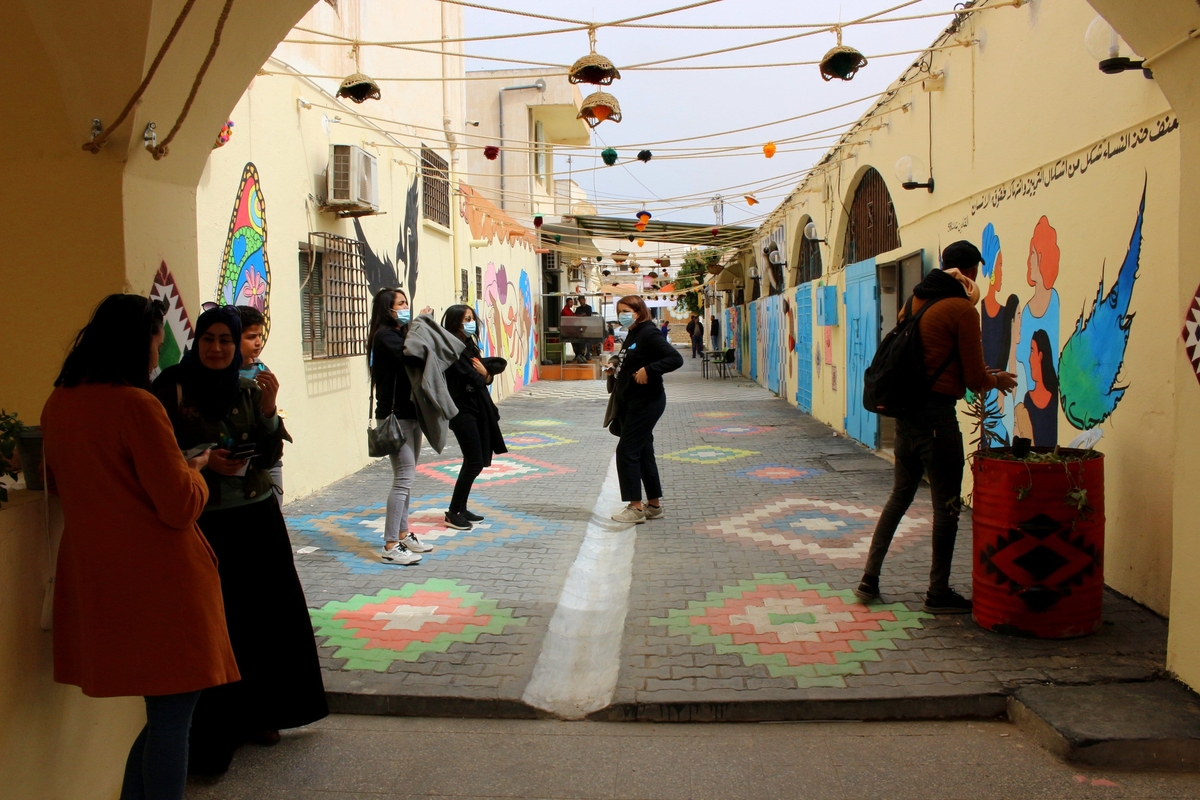 To summarize the findings of the project, we have designed a short briefing note, calling, among others, for methods to integrate gender concerns in public budgets as well as for consultation mechanisms with civil society organisations to leverage local expertise when making public budget decisions (Report: Début de budget sensible au genre en Tunisie/Gender-sensitive local budgeting in Tunisia).

Aswat Nissa has produced a small video, highlighting some of the key findings. Watch the video here.

Successfully addressing gender gaps in the ongoing process of urbanisation will be a required condition for Uganda to meet the ambitious Vision 2040 goals of becoming a modern and inclusive middle-income country. Better understanding and addressing the needs of women living in informal settlements will improve the living conditions of all inhabitants, through the provision of basic services, inclusive public spaces, improved transportation services and better access to land. 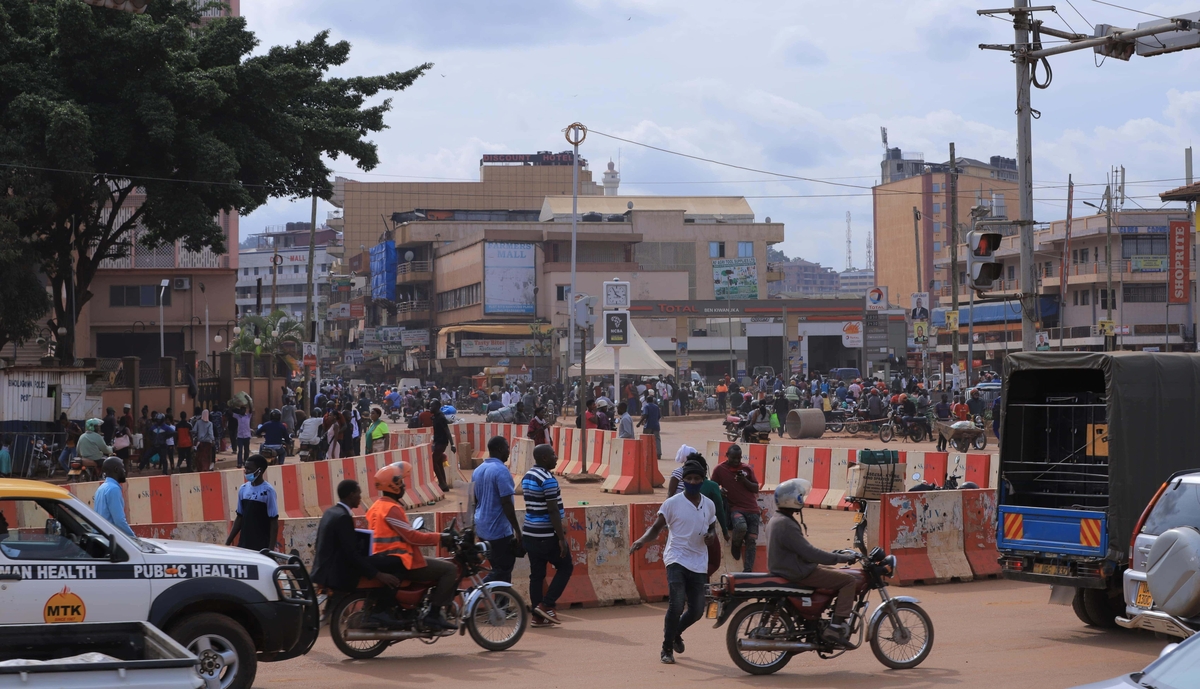 Cities Alliance organized an in-person workshop gathering local stakeholders, with a focus on women-organizations from informal communities, to share experiences, knowledge and perceptions on the current engagement of women in the various dimensions of their environments. As a result of this engagement, a report and a video has been completed (Women Talking, Kampala Listening), which will inform the Kampala-Jinja Expressway “No One Worse Off” (NOWO) project and specific Covid-19 response actions in informal settlements.

An inclusive response to COVID-19 in Kampala's informal settlements

Access to toilets and sanitation service is an essential factor for gender equality. The priority is providing widespread access in informal settlements with special attention to women. 83% of the dwellers in Kampala use shared toilets and most have no access to toilet facilities due to the high cost of construction and land scarcity. Moreover, available coping mechanisms are gendered, with fewer options available for women than men. In partnership with ACTogether Uganda and the National Slum Dwellers Federation of Uganda (NSDFU), Cities Alliance helped training 15 people, among them, 6 are women, in the construction of solar-powered bio-fill toilets. The toilets will be set up in 2021 in the Kinawataka wetland in Kampala, addressing women’s privacy and safety concerns.

Cities for Women is also supporting gender mainstreaming into a campaign coordinated by Cities Alliance's Uganda team aimed at raising awareness on COVID19 risks and preventative measures in the informal settlements of Kampala city. 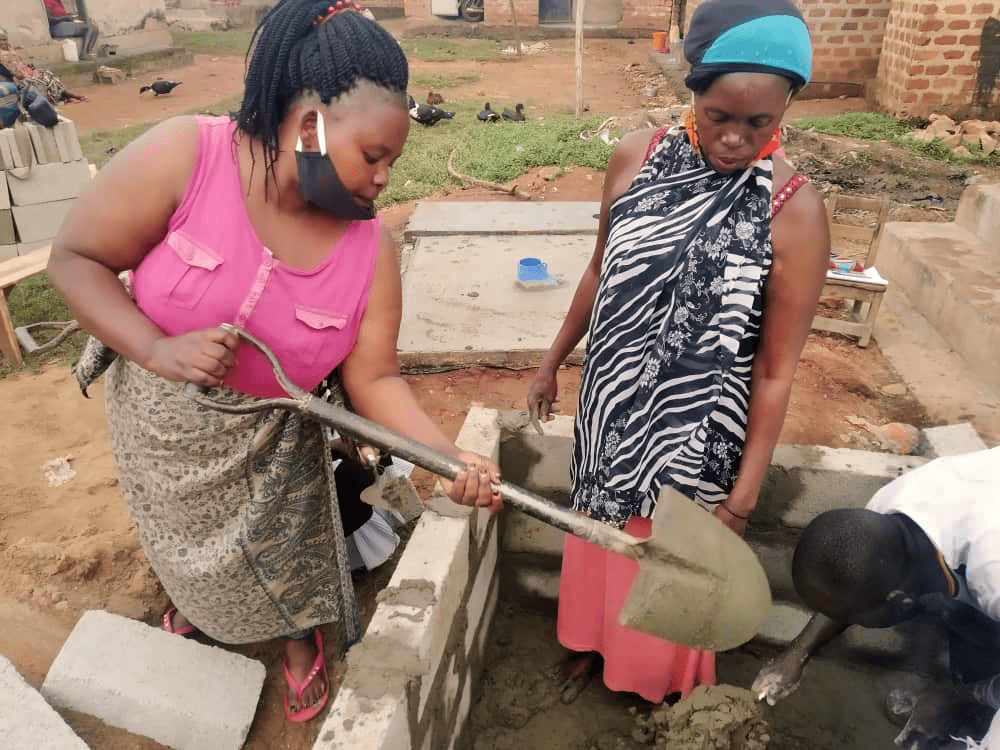 It would be a better world if women and girls felt safe in public spaces. Women would be more active, more productive  ​

Salma Belhassine, Activist from Tunisia, on the occasion of the UNDP Youth Leadership Programme.